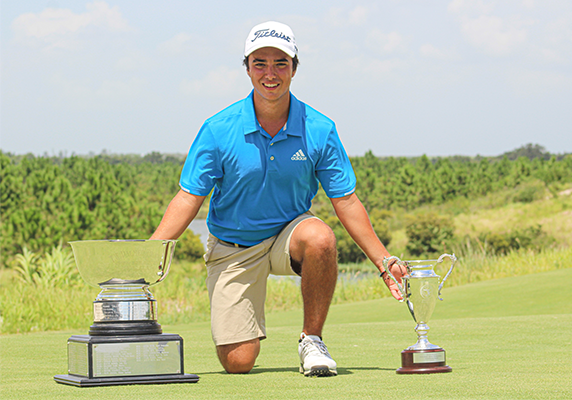 STREAMSONG, Fla. – The Black Course at Streamsong Resort and the Florida heat proved to be a tough test, but it was Kiko Francisco Coelho who came out on top on Thursday at the 66th Boys’ Junior Amateur Championship. Coelho fired a 13-under 206 to capture the three-shot victory and his first FSGA Championship.

“It means a lot,” Coelho said. “It’s one of the greatest junior tournaments in Florida. I felt great about my game coming into it and I played really well this week.”

Starting the day one shot behind the leaders, Coelho got off to a quick start with three birdies in the first five holes to move into the top spot on the leaderboard. He posted a bogey-free front nine, carding five birdies.

“I knew being one-shot back was nothing on this course,” Coelho said. “I just tried to start well and I played really good on the front nine.”

The Lake Mary resident had a rocky start to his back nine, with back-to-back bogeys. Coelho turned it around with key birdies on the seventh and ninth to hold on to his lead. He finished par-par to secure the win. A key stretch of holes for Coelho proved to be hole 12 through 15, as he was a combined 10 under on those four holes in three days.

Coelho put together three under-par rounds, 66-72-68, to earn the win. His first-round 66 was the low round of the championship, where he birdied seven holes on the back nine. This is Coelho's second-straight victory, after taking the Florida Junior Tour win at Mission Inn on the previous weekend.

Brendan Valdes and Nicholas Gabrelcik both made a run at the title in the final round, finishing the championship at 10-under 209 to take home second place with Leo Herrera. Valdes, who began the day four shots back of the leaders, posted a bogey-free front nine with five birdies, including four straight to close out his front nine. The Orlando native used an even-par second nine to earn a share of second place and a final-round 68.

Gabrelcik, the 2019 Junior Player of the Year, also put together a bogey-free front nine with four birdies. After a bogey to start the back, the Trinity rebounded quickly with back-to-back birdies. He finished the day with a second-nine 35 to shoot a final-round 68.

Herrera, who shared the 36-hole lead, carded a final round 72 to take home a runner-up finish. The Doral native birdied the 10th hole to move up in a tie for second with Gabrelcik and Valdes.

Championship Format Change For 2020 Only 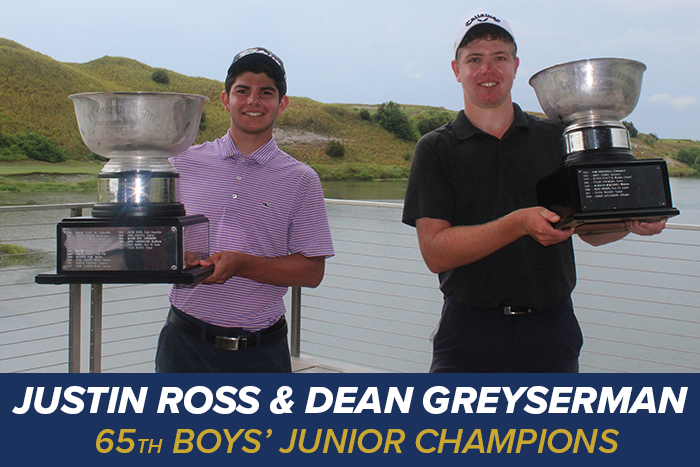 Last Chance Qualifier
One last chance qualifier will be conducted on Tuesday, June 23rd for golfers that did not gain entry in to the championship field. Entries will be accepted on a first come, first serve basis. Entries will open on June 12th, 2020 at 8:00 AM.
Approximate amount of qualifying spots - 10 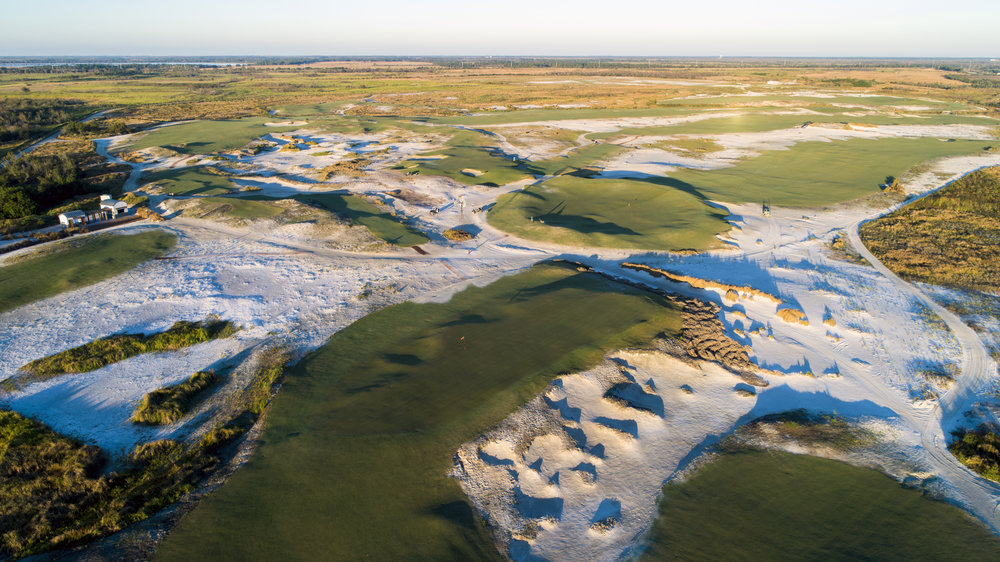