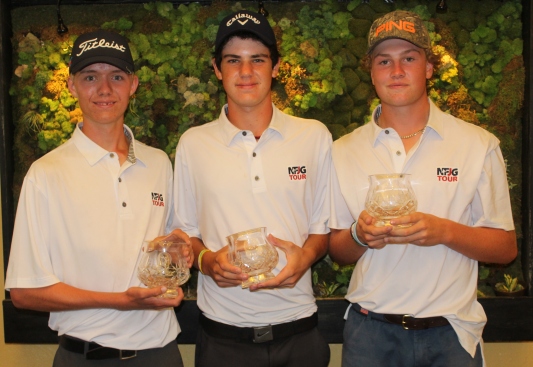 It was a tight race at the top of the leaderboard after round one with the Eagle Junior Golfers Club in the lead by one stroke at even par. Logan Jerrells carded a 66 (-6), his lowest score and the tournament low score, to help secure the early lead for the Eagle Junior Golfers Club. The North Florida Junior Tour followed close behind in second place at one over-par. Round two saw North Florida Junior Tour move into first place after great scores from Adam Vermut, Connor Holcroft, and Moses Compaan. The team finished two over-par in round two to finish as champions at three over-par 291. Cameron Owens, Christoperh Lee, and Fernando Castillo played for Wellington National Junior Golf. The team finished in second place after an impressive even par second round for a six-over 294 finish. The Eagle Junior Golfers Club fell to fifth place and the Junior Golf Association of Broward Country finished in third place. On the individual level, Adam Vermut won first at one under-par while Logan Jerrells finished one stroke behind in second place. 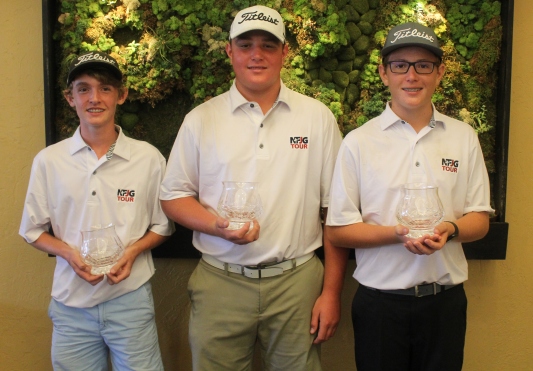 Round one finished with a tie for first place between Don Law Golf Academy and Gold Coast Junior Golf Foundation at nine over-par. Overcoming a one stroke deficit, North Florida Junior Tour captured first place after an impressive second round of seven over-par for a 305 (+17) total. Chase Carroll, Brody Stevenson and Jackson Klauk earned the win by one stroke over Gold Coast Junior Golf Foundation in second place. The second place team was represented by Brett White, Carson Baez, and Sean Richards. Five strokes back in third place finished Indian River Golf Foundation at 310 (+22). James Hassell, from Indian River Golf Foundation, took individual honors with an impressive one under-par round two for a 148 (+4) finish. Sertoma Junior Tour’s player, Lane Revell, finished in second place individually with rounds of 76-74—150. Brody Stevenson and Sean Richards tied for third at 152 (+8). 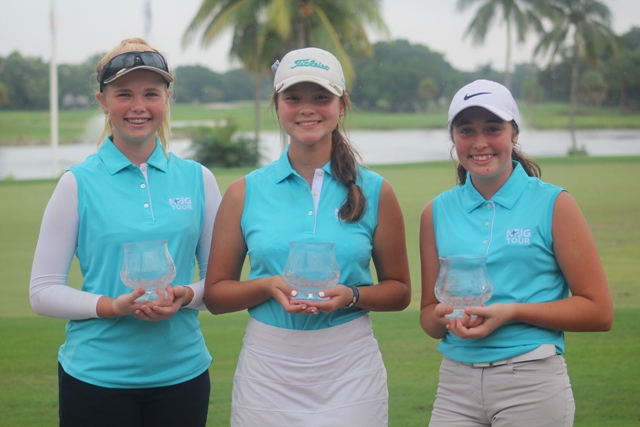 A wire-to-wire victory was won by the North Florida Junior Tour as the team took the early lead by four strokes after a six over-par round one. Alexandra Gazolli, Anika Richards, and Tyler Ann Whiting made up the winning team who posted a final round 18 over-par. North Florida Junior Tour’s 312 total tied Junior Golf Association of Broward County, including players Amelie Alcantara, Kelly Shanahan, and Morgan Herring, for first place. The two teams headed to the first hole for a sudden-death playoff. All six players teed off and a birdie from Alexandra Gazolli helped secured the win for North Florida Junior Tour. Team B from the Junior Golf Association of Broward County finished in third place at 324 (+36) total. Individually, Amelie Alcantara finished in first with a nine over-par 153, three strokes over Anika Richards and Alexandra Gazolli in second place. 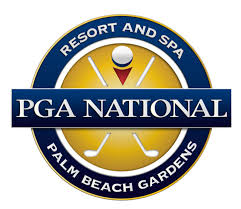 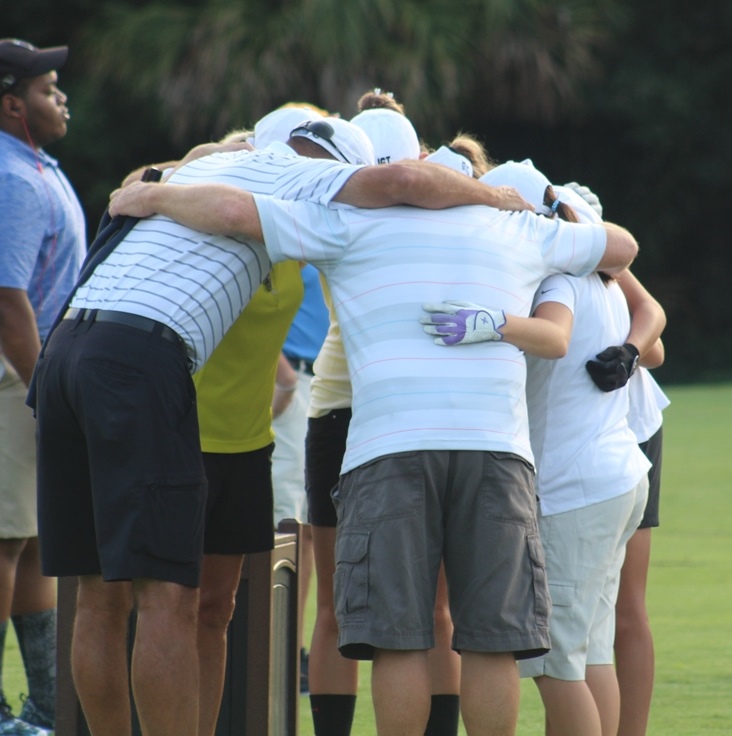 *Tee times could change based on amount of entries* 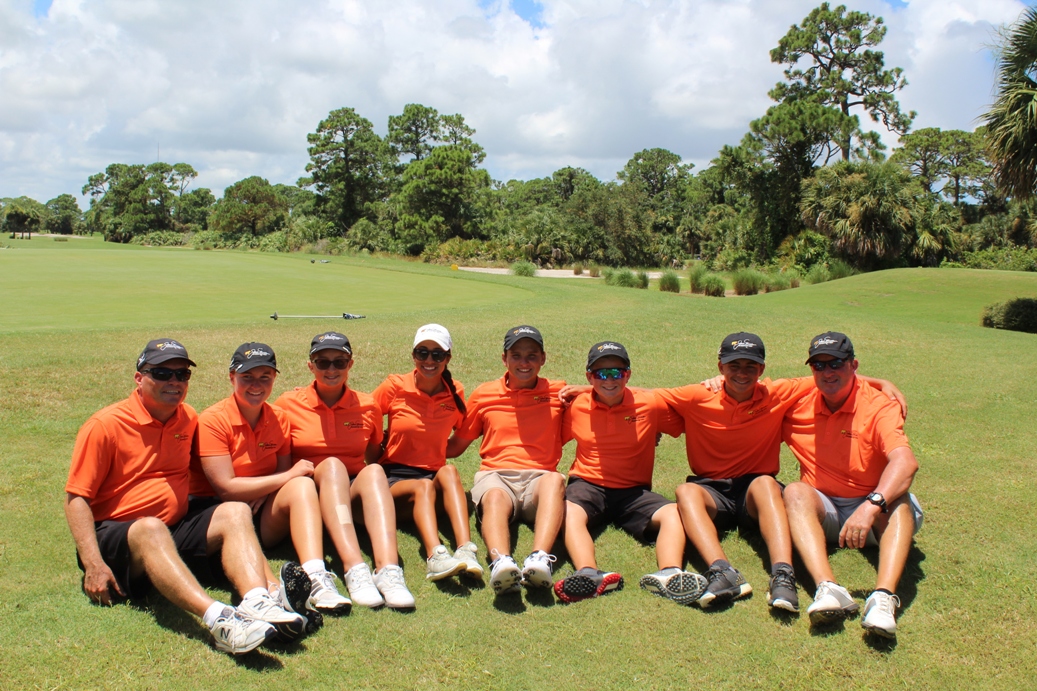 Based on age as of the last day of the tournament

Coaches and spectators may rent carts for $35 plus tax each day.  Carts are available on a first-come, first-served basis. The FSGA requests these carts be used to assist in evacuation of players if play is suspended for dangerous situation (inclement weather). 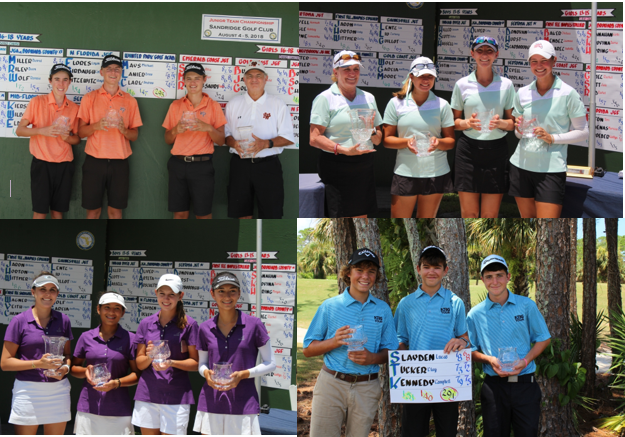