Pat Vincelli, of Stuart, went wire-to-wire to capture first place in the 65-69 Age Division. Vincelli, who finished tied for fourth last year, posted the tournament low score, 68, in round one. He got off to a hot start on Tuesday with four birdies and an eagle on the par five, tenth hole. Starting round two with great momentum, Vincelli birdied his second hole but fell slightly behind with bogeys on holes three, four, and six, finishing the day with a one over-par, 73. During round two, Jim Carley, of Ormond Beach, inched up the leader board after firing three birdies on his back nine and posting a one under-par score of 71.

Despite Carley's strong second round, Vincelli remained in first place by five strokes going into the final day. Round three got off to a shaky start for Vincelli after experiencing a double bogey on his first hole. Carley made the turn at one over-par, while Vincelli trailed behind at four over-par. With Vincelli’s overall lead narrowed to three strokes, he finished his final round even par to clench first place by two strokes. Carley played strong on his last nine but could not catch Vincelli finishing with a tournament total 219. This marks back-to-back second place finishes in the Super-Senior Championship for Carley. Dick Clemens, of Tampa, posted an impressive one under-par score on Thursday to finish in third place with a 220 total.

In the 70-74 Age Division, Brian Sachs, of Newberry posted rounds of 75-76--151 to overtake first round leader, Mike Reavey, of Niceville and earn a two stroke victory. Through 27 holes, all three players in the final pairing, Sachs, Reavey and Errol Baxley, of DeLand were all tied at five over-par for the Championship. As the weather heated up and greens firmed out, Sachs was able to put together the best finishing nine of the three, shooting 38, which included a birdies on the challenging par four, 14th, and a closing birdie on the par five, 18th hole.

In the 75 & Over Division, Ron Audi, of Ocala 77-72--149, went wire to wire, but not without some pressure. Audi opened with 77 and held a one stroke lead. Joined in the final pairing by 2014 Champion Joe Eubank, of Daytona Beach and Max Matthews, of Andalusia, AL. Starting on the 10th tee, Matthews would birdie the 10th to tie for the lead briefly, but six bogeys over the next nine holes would prove to dig too much of a hole for him. A trio of birdies on the front side would see Matthews post a second round 74, good enough for a 3rd place finish. Eubank would go out in 2 over, while Audi, posted 1 under on the back and extended the lead to four. Eubank would post birdies on one, four, and nine leading to a two-under par front nine, but event with Audi's bogey on the ninth, still could not catch him. Both players posted, even-par 72's giving Audi the one stroke victory. 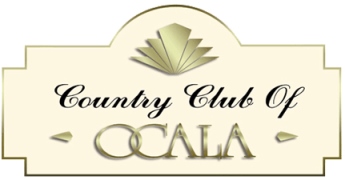 Join us in a reunion of golfers 65 years of age and older competing in one of our most popular events. The Super-Senior Championship offers a competitive Championship environment for golfers in a stroke play scratch format with three different age divisions from three different sets of tees. Enjoy a player's dinner on the eve of the first round and lunch each day included in your entry fee. For a look at the 2014 Championship Results click here.

All players will be placed in the age division commensurate with their age as of the first day of the Championship.
No player may play in multiple age divisions.The golf course will be set-up at approximately: Practice rounds are available one week prior to the Championship.  Practice rounds may be played after 12:00 PM on the weekend.  The price for a practice round is $35 plus tax.  Please call (352) 237-6644 to arrange your practice round. The proper place to practice your golf swing is on the driving range; hitting multiple shots on the course is unacceptable.

The 65-69 Age Division winner earns an exemption into next year's Senior Amateur Championship.

Country Club of Ocala, opened in 1994, is a beautiful Steve Nugent design that cuts through the rolling hills of Ocala. Throughout the last two decades, the Country Club has played host to numerous FSGA Championships and USGA qualifiers; notably the 2000 Senior Amateur and 2007 Boys' Junior.

The Country Club of Ocala accepts Cash, Visa/MasterCard, and American Express as payment.

$89 plus tax, per room, per night, Single/Double Occupancy

Directions to Country Club of Ocala