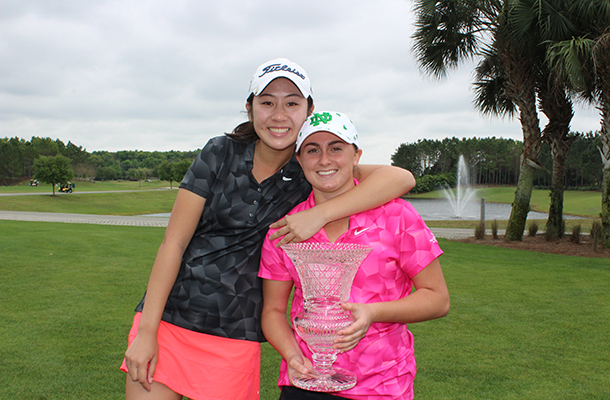 OCALA, Fla. – Chloe Schiavone and Ariel Yu went wire-to-wire to capture their second-straight Women’s Four-Ball title on Sunday. The pair fired a 16-under 128 for the championship to secure the win with a 2-shot lead over the rest of the field.

Schiavone and Yu became just the third team in FSGA history to win back-to-back Women's Four-Ball titles and the first since Wendi Golden and Erika Schneider in 2011 and 2012. The two junior golfers also broke the 36-hole Four-Ball record of 131, which they set at last year’s championship.

Karoline Tuttle and Madison Hewlett took home second place, with a 14-under 130 for the tournament. Tuttle and Hewlett carded the low round of the day on Sunday with an 8-under 64, finishing their bogey-free round with eight birdies.

Amelia Williams and Tori Mouton posted an 11-under 133 to secure third place. The pair shot 5-under 67 in the final round, finishing the day with five birdies and a bogey-free round.

Nicola de Stwolinska and Mary Kozak capture first place in the middle division, recording a 4-over 148 for the championship. Tammy Blyth and Kathleen Colliflower won the middle first division at even-par 144, the only even-par or better round in the division.

Susan Macina and Cynthia Binkley came out on top in the forward division at 6-over 150. 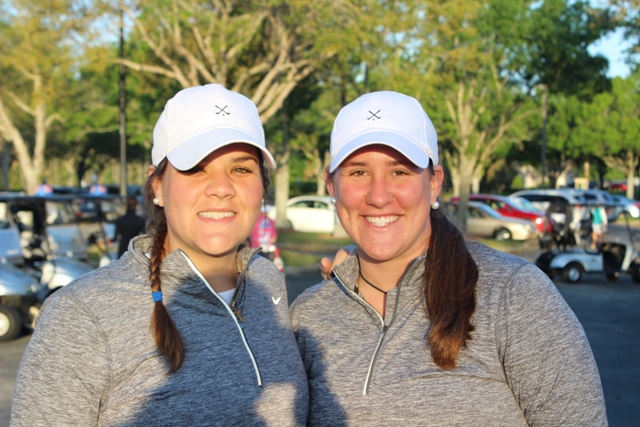 The following should be considered when selecting divisions.
Handicap differential between partners may be no more than eight (8) strokes. 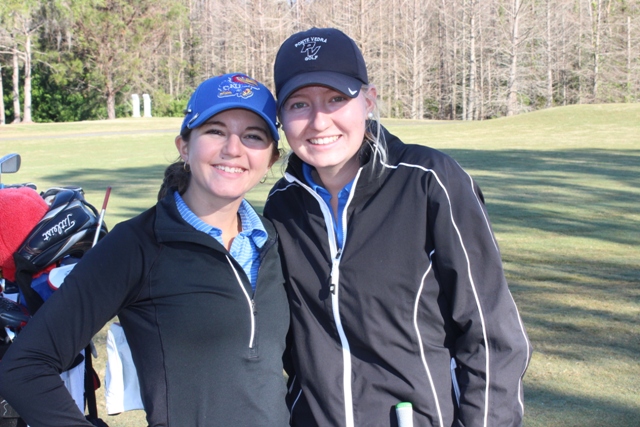 The Middle and Forward Divisions will be pre-flighted based on combined team handicaps.

Championship Division - The overall Champion will be the team with the lowest total score.  In the event of a tie for first place, there will be a hole-by-hole sudden death play-off on a hole designated by the Committee to determine the Champion.

Practice rounds are available one week prior to the Championship on a space available basis and after 12:00 PM the weekend before. The price for a practice round is $35.00 + tax and includes cart and range balls prior to the round. Visa and Mastercard are only accepted in the Golf Shop. Please call 352-854-1272 to arrange your practice round.The proper place to practice your golf swing is on the driving range, hitting multiple shots on the course is unacceptable. After Saturday's Round One finish, four teams shot under par, with the team of Ariel Yu, of Bradenton, and Chloe Schiavone, of Jacksonville, leading the way after a seven-under par 65. Kayla Holden and Lauren Davenport sat five strokes behind Yu and Schiavone after a first round 70. After getting off to a great start, shooting a 5-under 31 on the front nine,  the two went on to close with a second round 66, finishing at 13-under par total for the Championship and winning by nine strokes. Their final score of 131 breaks the previous 36-hole Four-Ball record of 133.

Must reserve by February 18th