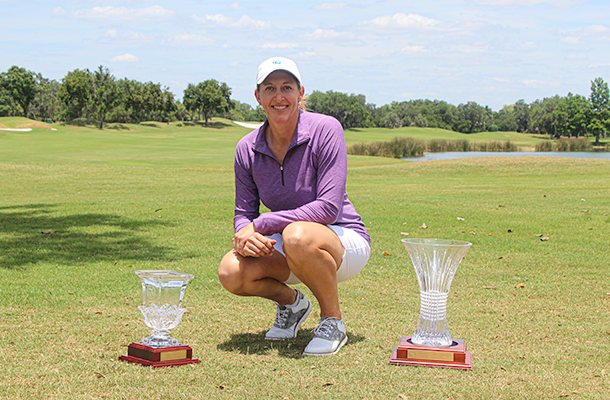 SARASOTA, Fla. – Kim Benedict didn’t know it, but a birdie on the final hole would crown her the Women’s Mid-Amateur champion. Her caddie had told her that the scores weren’t updated and that she didn’t know where they stood. The truth was Benedict was in a tie for first with one to play.

After going for the green in two, Benedict rolled in a short birdie to capture the Women’s Mid-Amateur Championship on Sunday at Laurel Oak Country Club. The Bonita Springs resident used an even-par 144 to capture the one-shot victory.

“This is awesome. I’ve played in a lot of FSGA events and I’ve done well but hadn’t won anything.” Benedict said. “This is my first win in Florida so I’m really excited and this means a lot.”

Benedict took a share of the first-round lead with Meghan Stasi and Jamie Freedman, posting a 1-under 71 on Saturday. The three were the only players under par in the first round, as Kaitlyn Durrance sat in a fourth place after an even-par 72.

Beginning the final round with a share of the lead, Benedict got off to a solid start as she played the first four holes at 1 under to take the outright lead. She added two bogeys and a birdie to close out the front side at even par.

Benedict ran into some trouble on the back side with back-to-back bogeys but turned it around with a birdie on the 12th. Playing in the final group, Benedict headed to the final hole in a tie for first at 1 over.

“My best friend, Christy was on the bag,” Benedict said. “She fibbed to me a little bit, saying the scores weren’t updated and to just play hard. I didn’t know I had the birdie to win, but that was probably the best scenario.”

“I felt more comfortable with an aggressive hybrid in than with a short pitch, especially with the pin where it was,” Benedict said. “I just tried to stay aggressive this weekend and it paid off.”

Meghan Stasi and Susan Glasby both took home a share of second place, finishing the weekend at 1-over 145. Glasby made a charge on Sunday, beginning the final round with a birdie on the first, before going birdie-birdie-eagle on No. 7-9. She added another eagle on the par-5 18th to card a final-round 68 to jump 12 spots up the leaderboard.

Stasi, the 2021 FSGA Hall of Fame Inductee, used a final-round 74 to take a share of second place. She finished strong, playing her final six holes bogey-free with two birdies. Freedman, who held a share of the first-round lead finished fourth at 3-0ver 147 with rounds of 71-76.

In the Middle Division, Courtney Dietrich claimed a four-stroke victory with a championship total 80-87--167. Lori Collings captured the win in the Middle Net Division, posting a 70-78--148 for the championship.

Nicola de Stwolinska was victorious in the Middle Division, finishing the championship with 81-81--162, while Josefina Ratto won the Forward Division, after carding a 86-85--171 for the weekend. 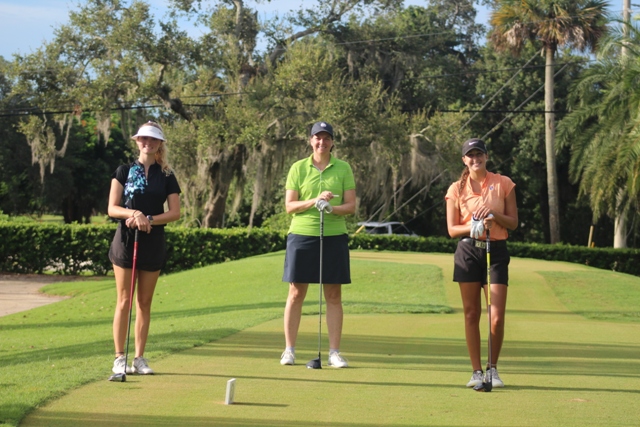 Entry fee includes all competitive rounds of golf, tee gift, and gift certificate prizes. Late entries will be accepted subject to a $10 late fee should the player gain acceptance into the field.

Promoting Women's Golf - Discounted Entry Fee - In an effort to attract younger women back to competitive golf, the FSGA is reducing the entry fee for this event for women between the ages of 22 and 29 years old as of the first day of the competition. Women's mid-amateur golf faces a crisis and declining levels of participation. Reduced participation by women who leave the game after college also results in fewer future junior players being introduced to the game by their families. The FSGA is dedicated to making every possible effort to provide competitive golf that is accessible to women of all ages, including the early mid-amateurs who often face the most obstacles related to time and finances. The full entry price to this event for women over 29 is the SAME as in prior years and we hope all players will support this initiative to promote golf to all women. Please join us in spreading the word so that more women will join us at the championship and return to playing competitive golf on a regular basis. 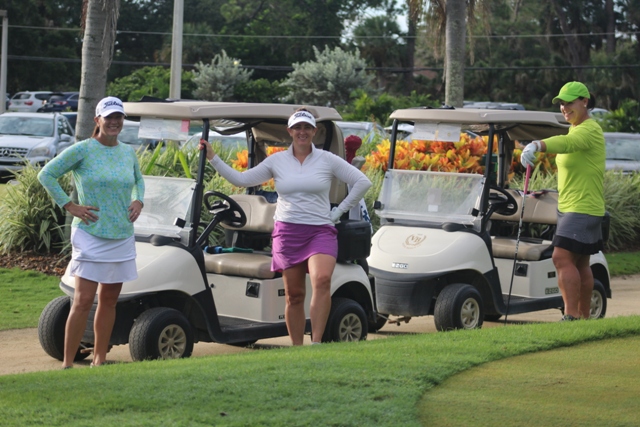 The following should be considered when selecting divisions

The Middle & Forward Divisions will be pre-flighted based on individual handicaps.

Practice rounds are available one week prior to the event after 12:00 PM the weekend prior on a space available basis. Morning tee times are only available at the club's discretion. The price for a practice round is $35.00 + tax. Please call 941-378-3608 to arrange your practice round. The proper place to practice your golf swing is on the driving range, hitting multiple shots on the course is unacceptable. 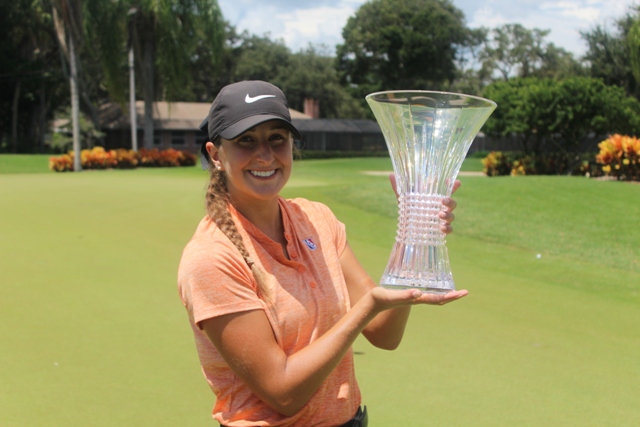 Shelby Brauckmuller went wire-to-wire to capture the win at the Women’s Mid-Amateur Championship on Sunday at Vero Beach Country Club. The Auburndale native posted a final-round 74 to earn the three-shot victory at 3-over 147.“I’m so happy to start this season of golf with a win and am incredibly thankful to have so many people cheer me on through it all,” Brauckmuller said.

Beginning the final round in a tie for first place with Taylor Morgan at 1-over 73, Brauckmuller birdied two of her final three holes on Saturday to take a share of the 18-hole lead with Morgan. A incoming fifth-year University of South Florida senior, Brauckmuller was 2 over through six hole to start the final round. She birdied back to back holes to close out of the front nine at even par for the day.

The Florida Junior Tour alumni ran into some trouble on the back nine, with a bogey and a double bogey on the12th and 13th. She quickly rebounded with birdies on two of the four next holes to secure the victory with a 2-over 74 in the final round. Click here for previous year's results.

Laurel Oak only accepts all major credit cards. The beverage cart is CASH only.