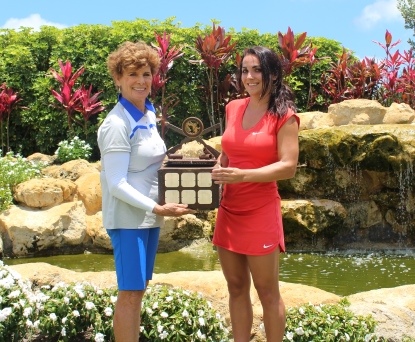 Palm City, Fla. - After what was supposed to be the inaugural championship in 2018 was canceled due to heavy rains and an unplayable golf course, the Women's Shoot-Out went back to Piper's Landing Yacht & Country Club to give it another try. What is now considered the inaugural championship, featured beautiful weather and playing conditions all weekend giving way to the eventual crowning of the first ever Women's Shoot-Out Champions, Patsy Ehret and Nadia Luttner.

The championship began on Saturday with teams competing in a scramble format. The round one leader was the team of Mooksang and St.Onge, who posted a score of  2-under par, 70. Only one shot back was our eventual champions, Ehret and Luttner. Mooksang and St. Onge made a total of 4 birdies to help them hold the overnight lead while Ehret and Nadia had 2 birdies and 1 bogey to finish just 1 shot back.

Ehret and Luttner came back from behind during Sundays final round four-ball.. After carding a birdie on the par 3 seventh hole, Ehret and Luttner would finish their round with only 2 bogeys to secure their victory by 1 stroke with tournament rounds of 71-73--144. Mooksang and St. Onge posted a four-ball score of 75 to finish the weekend 1-over par.

In the Middle Division, the team of Jennie Taylor and Kerstin Koenig carded the lowest round of the weekend, a 3-under par, 69. To top it off, Jennie Taylor made a hole-in-one on the par 3 13th to go along with the teams 2 birdies leaving them tied with the teams of Gordon and Nogueira, and Nagel and Nagel after round one. The three teams all carded rounds of 69 during Saturdays scramble. It was during Sundays four-ball that Taylor and Koenig secured their win. The team carded a 2-over par 74 to win the Middle Division by 2 strokes.

In the Middle Division First Flight, Liz Boudreaux and Paula Holmes secured an 8 stroke victory with team scores of 75-78--153

The Women's Schedule will continue with the playing of the 90th Women's Amateur Championship June 12-16 at the Ritz-Carlton Members Club in Bradenton. 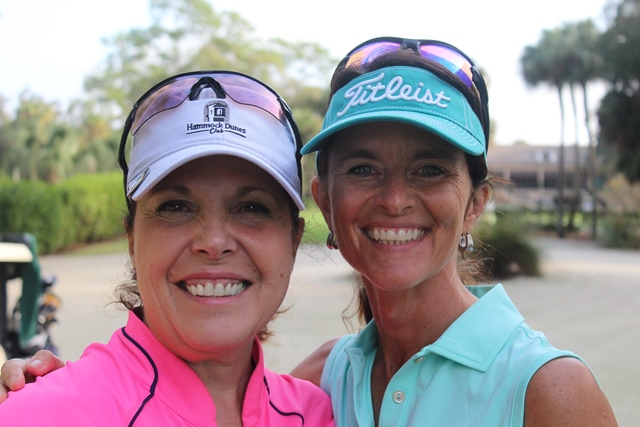 The following should be considered when selecting divisions. (Recommended based on combined team handicap) Championship Division - The overall Champion will be the team with the lowest total score. In the event of a tie for first place, there will be a hole-by-hole sudden death play-off on a hole designated by the Committee to determine the Champion.

Practice rounds are available one week prior to the championship and after 12:00 PM the weekend prior on a space available basis. The price for a practice round is $35.00 + tax. Please call 772-283-1155 to arrange your practice round. The proper place to practice your golf swing is on the driving range, hitting multiple shots on the course is unacceptable.

Must book by May 1st