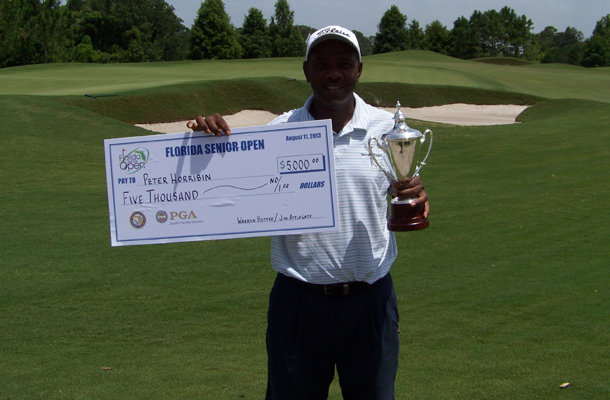 Peter Horrobin, from Miami, fired a final round of five-under par 67 on Sunday to win by three strokes and take home the $5,000 first prize. Horrobin opened up the Championship playing Interlachen Country Club, where he would post a six-under par 66 to trail the leader by only one stroke. In the second round held at Shingle Creek Golf Club, Horrobin continued his steady play carding a three-under par 69, which included 5 birdies to go along with only two bogeys. After 36-holes of play Horrobin would trail the leader, Dennis Meyer, of Estero, by one stroke heading into the final round.

In the final round at Interlachen Country Club, Horrobin got off to a hot start making birdies on 3, 4, and 7 to take control of the tournament and turn at three-under par 33. Horrobin continued his solid play on the back nine making birdies on 12, 14, and 16 to go with his lone bogey on the afternoon on number 13, to fire a final round of five-under par 67 and capture his first Florida Senior Open title. Doug Dunakey, of Port Charlotte, finished alone in second place posting rounds of 66-70-69, for a tournament total of eleven-under par 205. Gary Koch, of Tampa, and Kim Young, of Oviedo, finished tied for third place with a tournament total of nine-under par 207. Gordon Marshall, of Sarasota, took home low amateur honors after his rounds of 72-71-68, good enough for ninth place.

The Florida Senior Open is for players who are at least 50 years of age by the beginning of the event.  The Championship is conducted over fifty-four holes of individual stroke play.  At the Championship each player played 18-holes at Interlachen Country Club, in Winter Park, and Shingle Creek Golf Club, in Orlando, with a cut instituted after thirty-six holes to the low 60 players and ties.

The 2013 Florida Senior Open will be conducted August 9-11 at Interlachen Country Club in Winter Park and Shingle Creek Golf Club in Orlando. This will be the first time this Championship will be conducted in Central Florida.  The Florida Senior Open gives the best senior amateurs in the state a chance to compete with senior golf professionals living in Florida.  For players to compete in the Florida Senior open they would need to be 50 years old as of the first day of the Championship.  Interlachen Country Club is one of the finest golf clubs in Central Florida, which has hosted a number of great FSGA Championships.

Exemptions may be earned though State Amateur Championships & PGA Section Events. (See Exemptions listed at the bottom of this page) 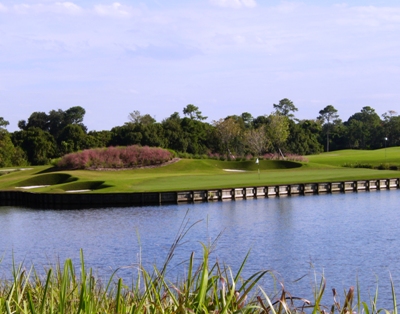 Fifty-four holes of individual stroke play. The field will be cut to the low sixty and ties after thirty-six holes. The lowest score for 54 holes will be the Champion. If necessary, there will be a hole by hole play-off immediately following play in event of a tie for first place only. It is the player's responsibility to be present for any playoff.

Players may submit one entry for the Florida Senior Open and choose the site at which they will attempt to qualify.  However, if any site requires adjustment (including , but not limited to, the receipt of more entries than can be accommodated), players will be transferred to another site based on their preference listed on the entry application and date of receipt of entry application (i.e. later applicants will be subject to transfer).

Open to male Florida Golf Professionals and Amateurs at least 50 years of age who are residents of Florida.  (PGA class A-3 members and players that have played in more than 10 select professional tour events are ineligible). See Eligibility page for complete details and a list of professional tours. Click here to view FSGA Tournament Policies.

Late entries will be accepted subject to a $10 late entry fee should the entrant gain acceptance into the qualifying field. Players who advance to the Championship through local qualifying must pre-register and remit the appropriate Championship Fee at www.fsga.org under the "My Account" section, which can be located in the top right hand corner of the web-page. Payment must be received by Monday, August 5 by 12:00 PM or the individual will be withdrawn from the Championship.  Championship fee includes: golf, cart fees and range balls plus a player badge and tee gift.

$300 for Professionals, and $200 for Amateurs. Exempt Fee includes Championship Fee and Entry Fee for those individuals eligible for exemption. Click here for a list of Exempt Players. 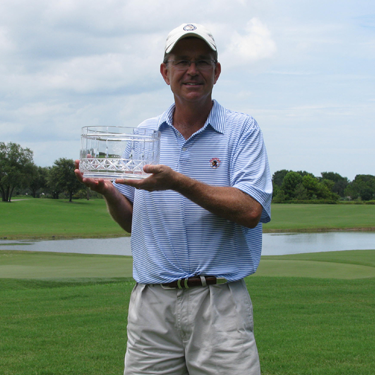 Qualifying Round
Players have the option of walking or riding (Cart is included in qualifying fee).  Only a player or his caddie may ride in a cart at any given time, but not both at the same time.

Championship Rounds
Cart fees are included in the Championship Fee for all competitive rounds of the Championship. Only a player or his caddie may ride in a cart at any given time, but not both at the same time. Players may either walk or ride, at the Championship. All players, including those choosing to walk, must adhere to the established FSGA Pace of Play Policy.

You may not make your practice round tee time before qualifying is completed. Weather permitting, qualifying concludes on Monday, July 30th. A list of players will be faxed to the club following the conclusion of qualifying.

Amateurs finishing in the top ten and tied 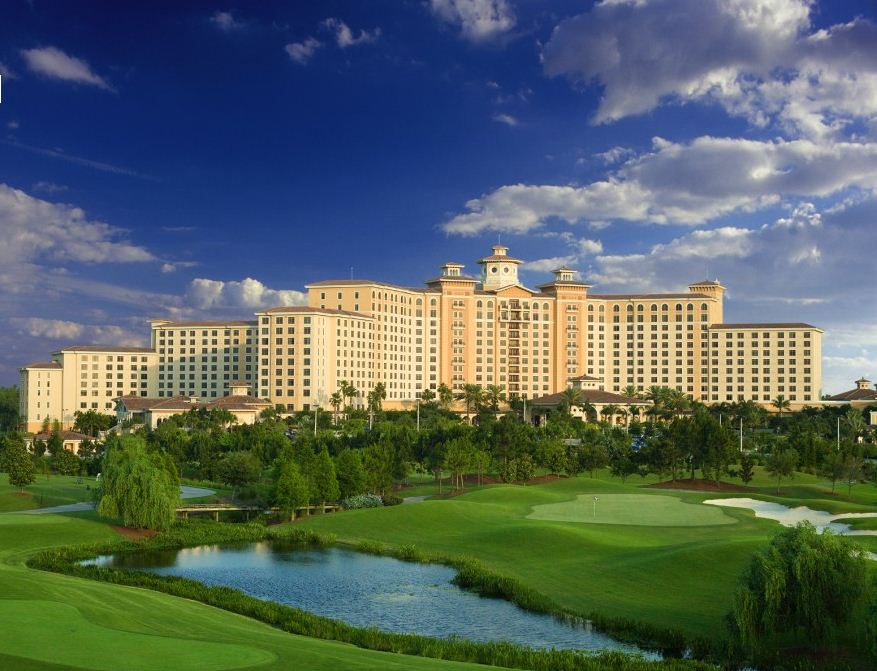 Antigua Golf is a proud sponsor of the Florida Senior Open Championship. All competitors will receive an Antigua golf shirt at the Championship.

Click here to learn how alternates can gain entry into the Championship.