ESTERO, Fla. – For the fifth time in the past seven years, it was Meghan Stasi who raised the trophy at the Women's Mid-Amateur Championship on Sunday. With nine players within five shots of the lead at the start of the round, Stasi captured the two-stroke victory with a 3-over 147 at West Bay Golf Club in Estero. 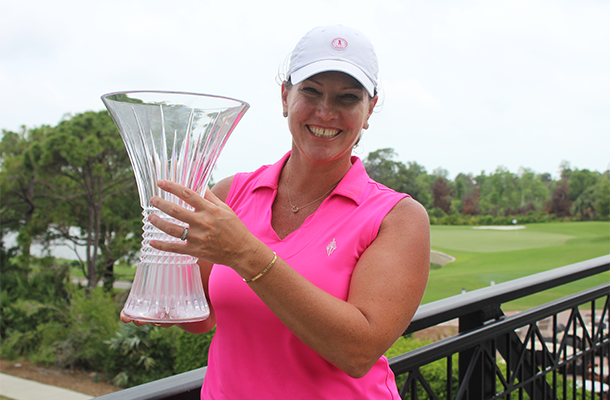 Stasi began the day in a tie for fifth place, three stroke back of the leader. She started the round off the round strong with back-to-back birdies on the second and third holes. Stasi posted a 1-under for the front nine.

After a double bogey on the 16th hole, the Fort Lauderdale native carded a pair of key birdies on the 17th and 18th to secure the win. She recorded a final-round 1-under 71, the only under-par round of the championship.

Ina Kim and Tara Joy-Connelly finished in a tie for second place at 5-over 149. Kim, who held the first-round lead, struggled in the final round, but posted an eagle on the par-5 17th hole to take a share of second place. She recorded a final-round 3-over 76.

Joy-Connelly began the final round with three-straight birdies. She finished the front nine at 2-over, after two double bogeys. The Vero Beach resident closed out the championship with an even-par back nine, posting a 2-over 73 in the final round.

Kelli Pry took home a fourth place finish at 10-over 154, while Kim Benedict finished in fifth place at 11-over 155.

The women’s schedule will continue with the Women's Shoot-Out on May 18-19 at Piper's Landing Yacht & Country Club in Palm City.

Entry fee includes all competitive rounds of golf, tee gift, a player luncheon after the final round on Sunday, and gift certificate prizes. Late entries will be accepted subject to a $10 late entry fee should the entrant gain acceptance into the field. 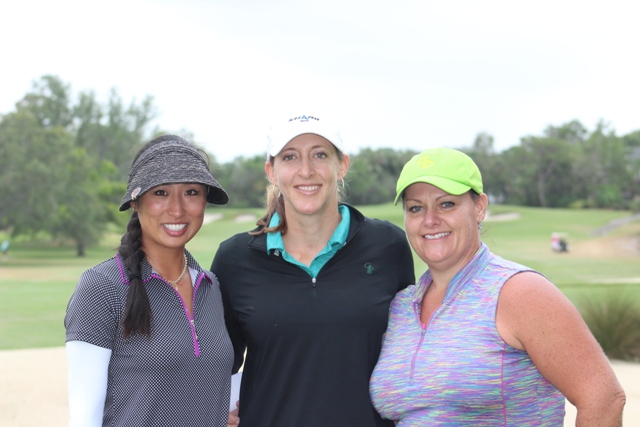 Promoting Women's Golf - Discounted Entry Fee - In an effort to attract younger women back to competitive golf, the FSGA is reducing the entry fee for this event for women between the ages of 25 and 39 years old as of the first day of the competition. Women's mid-amateur golf faces a crisis and declining levels of participation. Reduced participation by women who leave the game after college also results in fewer future junior players being introduced to the game by their families. The FSGA is dedicated to making every possible effort to provide competitive golf that is accessible to women of all ages, including the early mid-amateurs who often face the most obstacles related to time and finances. The full entry price to this event for women over 39 is the SAME as in prior years and we hope all players will support this initiative to promote golf to all women. Please join us in spreading the word so that more women will join us at the championship and return to playing competitive golf on a regular basis. 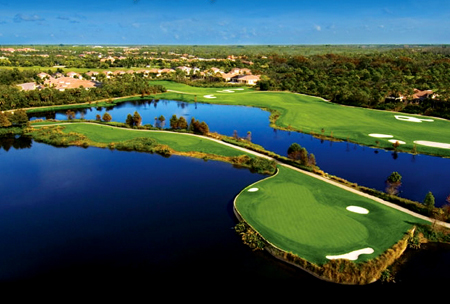 The Middle and Forward Divisions will be pre-flighted based on individual handicaps.

Championship Division - The overall Champion will be the individual with the lowest total score. In the event of a tie for first place, there will be a hole-by-hole sudden death play-off on a hole designated by the Committee to determine the Champion. 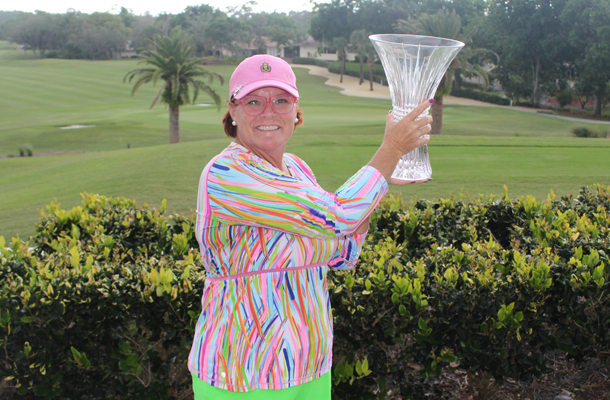 Kim Keyer-Scott found herself on top of the leader board for the second Championship in a row after an impressive two under-par 70 to take the lead by four strokes.  Keyer-Scott  started off strong with a birdie on her first hole, then continued on to bogey her second but quickly bounced back with birdies on holes four and five, making the turn at one-under with one final bogey. Starting off the back nine even stronger, Kim carded an eagle at the tenth and continued on steady with seven straight pars and a bogey finish to miss firing a 69.

There must be something in the water in Bonita Springs. Just weeks after holding the over night lead in the Women's Senior Amateur, Keyer-Scott had set herself up for another successful weekend at the Mid-Amateur. Sunday's final round started similar to her first, with a birdie on the first hole, a bogey on the second and a 35 to make the turn. The back nine proved to be a bit more challenging as Keyer-Scott carded two bogeys and seven pars to finish with a solid 73.