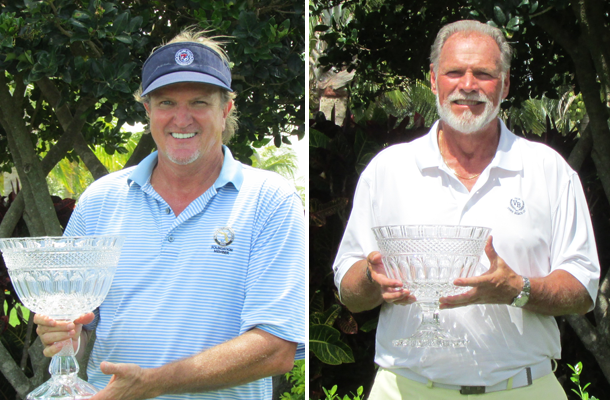 54 Seniors & 24 Super-Seniors arrived at Lago Mar Country Club, in Plantation on June 14th to begin vying for the Senior & Super-Senior Match Play Crowns. By Thursday afternoon, just one would remain standing in each division.

Sunday & Monday would consist of 36 holes of Stroke Play Qualifying. The low 32 Seniors and 16 Super-Seniors would advance to Match Play.

Rick Woulfe, of Fort Lauderdale would use some local knowledge and capture medalist honors in the Senior Division after rounds of 69-73--142. 32 players would finish at 155 (+13) to advance to Tuesday’s Round of 32 Match Play.

On Tuesday, in the Round of 32, 2015 Senior Champion, Gordon Marshall would come alive with a commanding 7 & 5 victory over Robbie Dew, in the 16 v. 17 match, to setup a showdown on Wednesday with medalist, and 7-time FSGA Senior Player of the Year, Rick Woulfe. 13 of the top 16 seeds would advance.

Wednesday would have Senior’s play both Round of 16 & Quarterfinal matches. In the first match of the day, Marshall would jump on Woulfe early, making 6 birdies in the opening 12 holes to take a commanding 6-up lead. However, after injuring himself on a recovery shot, Marshall was unable to continue and conceded the match.  Joining Woulfe in the quarterfinal match would be 2014 USGA Senior Amateur Quarterfinalist, Peter Wegmann, of Fort Lauderdale. Defending Champion, Pete Williams, of Juno Beach would advance to the Quarterfinal , along with: Richard Kerper, of Safety Harbor, Rokki Rogan, of Fort Myers, Blake Marshall, of Palm Coast, K C Fox, of Sarasota and Kevin Macy, of Tampa. 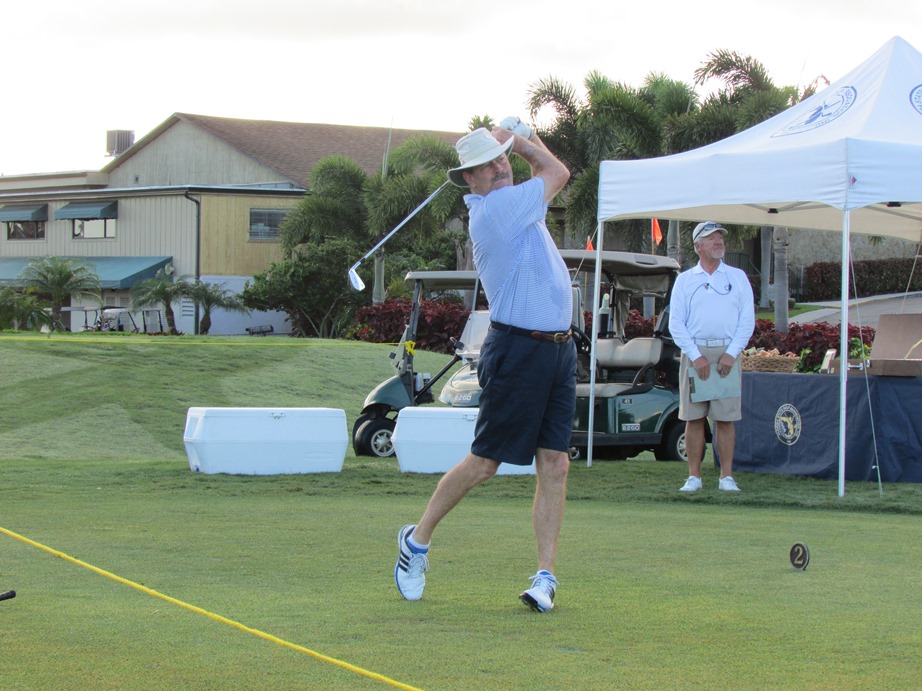 In the afternoon quarterfinals, Woulfe would prevail again on his home course, defeating Wegmann, 6 & 5 and Williams would take down Kerper 4 & 2, setting up a Semifinal between the medalist and defending champion. On the other side of the draw, Rokki Rogan played steady, but ran into 8 birdies in 15 holes, by Blake Marshall, to fall 4 & 3. Fox would continue his steady play, defeating Macy, 3 & 2.

In Thursday morning’s semifinal, Woulfe would take a 1 up lead on Williams with a birdie on the 4th, Williams would then birdie the 6th to square up the match, then another birdie on the par 3, 8th and never look back. Trailing by 3 thru 11, Woulfe would make a birdie on 12, to bring the deficit back to 2, however Williams never faltered and made pars all the way through, closing out Woulfe 2 & 1. In the second semifinal, Marshall was unable to keep the hot putter from Wednesday afternoon, K C Fox would bogey the first hole to fall 1 down, but then would win 7 of the next 11 holes to find himself dormie on the 13th tee. A birdie by Marshall would extend the match to 14, but that would be all it went and Fox advanced 5 & 4.

The afternoon final saw both players come out of the gate firing, Williams would take the 1st with a birdie, and the 3rd with a par, to get 2 up early.  Fox answered immediately making an eagle 3, on the par 5, 4th and a birdie on the 5th to bring the match all-square through 5. The reachable par 4, 6th would see both players drive the green and push the hole with birdies. A pair of birdies again at 7 resulted in another halve.  The pair would both birdie the par-5, 10th still standing all-square. After Williams failed to convert his birdie attempt on the 12th, Fox would take advantage and make his, to move 1-up. Another birdie on 13, moved Fox to 2-up. Both players would go flag hunting on 14, and hit their shots inside 5 feet and converted for birdie. Williams would make his only mistake of the day on the 15th, missing the green and failing to get up and down for par, to fall 3-down. On 16, Williams missed his 15 foot birdie putt, tapping in for par, to watch Fox two-putt for his par, clinching it 3 & 2. 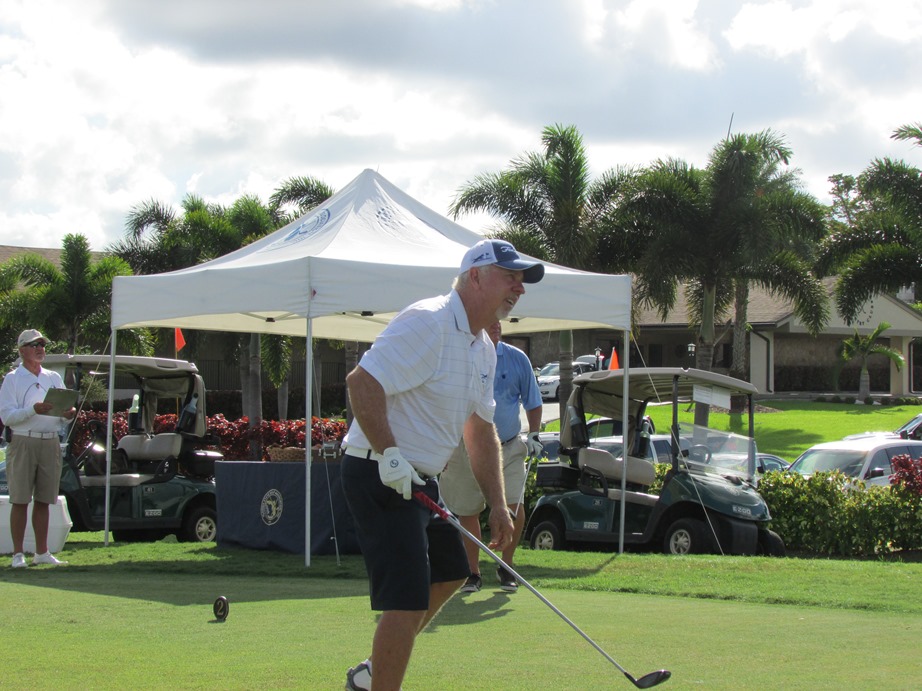 Jerry Young, of New Port Richey would card consecutive rounds of 72, to lead qualifying in the Super-Senior Division by one stroke over defending Champion, Larry Vander Bie, of Brooksville. 16 Super-Seniors would finish at 158 (+14) or better to advance to Tuesday’s Round of 16.

Tuesday would see all eight top seeds win and advance to Wednesday’s quarterfinals.Medalist, Jerry Young would win his quarterfinal handedly, 5 & 4 to setup an afternoon semifinal with 5 seed Wyatt Meyer, of Lutz.  In the lower half of the bracket, defending champion Vander Bie advanced easily to face 3 seed, Bill O’Keefe, of Lake Worth.

In Wednesday’s afternoon semifinals, both top seeds would prove to be too much for their opponents, both advancing 3 & 2. Vander Bie would head into Thursday morning with a chance to become the first repeat Champion of the Super-Senior Amateur Match Play, but would have to take on medalist Jerry Young.

Thursday morning’s final would belong to the defending champion, after both players made all pars through 5, Vander Bie would convert back to back birdies on 6 & 7. A rare mistake by Young on the 9th would give Vander Bie a 3-up lead at the turn.  Par would again prove to be good enough for Vander Bie on 12, to move to 4-up. On the par-3 14th, Vander Bie would make his 3rd birdie of the match, to close 5 & 4 capture the Super-Senior Amateur Match Play crown for the second straight year.

The Senior Amateur Match Play is a great chance for seniors in Florida to compete in a state Championship. There are two divisions in the Championship; Senior (55+) and Super Senior (65+). For a look at the 2014 Championship Results click here. 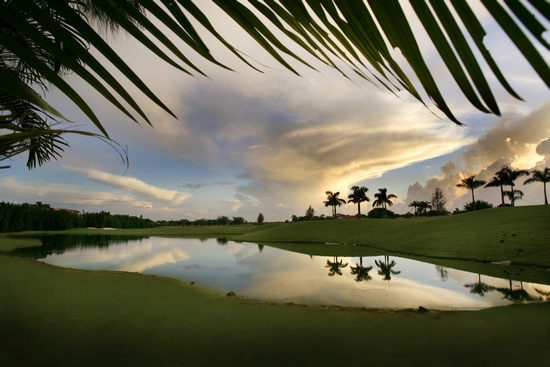 Entries are accepted on a first-come, first-served basis until the field is full. Entries are then placed on an alternates list in order of receipt and contacted if, and when, a spot becomes available. All players will be placed in the age division commensurate with their age as of the first day of the Championship. No player may play in both age divisions The course will be set-up at approximately:

Players will be re-paired by score after round one with round two tee times beginning at 8:00 AM off the 1st and 10th tees. For those advancing to match play, single elmination matches begin Tuesday morning at 7:30 AM.

Practice rounds are available one week prior to the championship.  Practice rounds may be played after 12:00 PM on the weekend.  The price for a practice round is $30.00 + tax.  Please call (954) 472-7047 to arrange your practice round. The proper place to practice your golf swing is on the driving range, hitting multiple shots on the course is unacceptable. 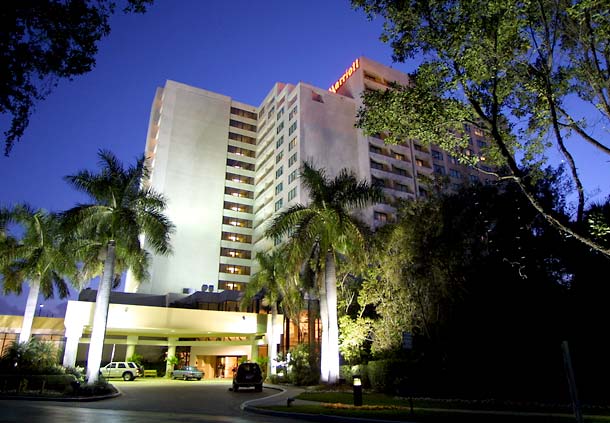