The Winter Series is for players 25 years and older, and runs from November through March. There are 10 events scheduled for the 2022-2023 season: 7 individual events, including two Modified Stableford and a four-ball event.

Generally, day one tee times will be late morning to early afternoon starting from the 1st and 10th tees or by shotgun. Day two will be a shotgun start at approximately 8:00 AM to 8:30 AM. After the first round, each age division may be flighted based on the number of competitors and/or the range of scores. 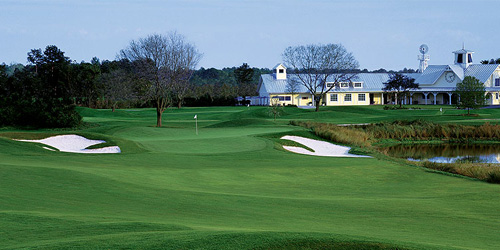 Entries are open to male amateur golfers who are age 25 or older as of the final day of the Winter Series Season. Additionally, a valid Florida GHIN /  USGA Handicap Index of 10.0 or below and current FSGA Membership is required.

36-holes of gross only scoring. A valid Florida GHIN / USGA Handicap Index of 10.0 or below is required at the time of entry.

A player and his partner can be of any age, but the team will compete in the division of youngest player's age as of the. Points earned by each competitor will remain in their actual age group. Both team members must play from the same tee.

Age group champions at each event will receive a commemorative award. Gift certificates will be awarded to the top finishers in each of the age groups and flights.

Throughout the series, the FSGA will maintain a “points list” that will determine which competitors win their age division. At the conclusion of the series, each series age division winner will receive a commemorative award.

See "Exemptions Into State Championships" below to see how players earn exemptions from the Winter Series into state championships.

Information about practice rounds, directions, lodging etc. will be published on the FSGA website at www.fsga.org before the event. Generally, starting times will be posted on the website two days after the close of entries for each event.

We are attempting to play golf during the busiest time of the golf season in Florida, and rounds cost more than during the summer months, including practice rounds. Accordingly, practice rounds will cost approximately $40-$55 and times will be limited.

A Florida GHIN Handicap is required for all Winter Series Events.

Fortunately, we are playing at very fine courses at significantly discounted rates and we appreciate these clubs’ cooperation. Playing during “the season” comes at a significantly higher price and we are doing everything possible (including depressed entry fees) to make competition available to you during the season.

The individual with the most points in the Mid-Amateur (25-54) age division at the conclusion of the Winter Series season will receive an exemption into the upcoming season's Amateur Championship.

The individual with the most points in the Mid-Amateur (25-54) & Senior (55-64) age division at the conclusion of the Winter Series season will receive an exemption into the upcoming season's Mid-Amateur Championship.

The following individuals will receive an exemption into the upcoming season's Senior Amateur Championship.