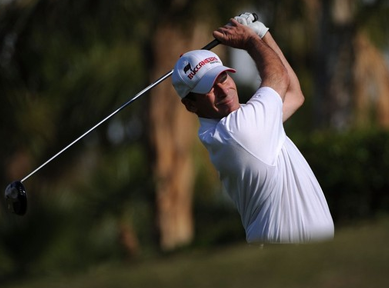 
John Huston of Tarpon Springs held off a determined charge by Jeff Lewis of North Miami Beach to capture the $65,000 Florida Open by two strokes at the Innisbrook Resort in Tarpon Springs.

Huston shot a final round of four-under-par 68 that included five birdied and only one bogey over the 6,999-yard Island course. That gave him a 72-hole score of eight-under 279.

Lewis, who started the final round four strokes behind co-leaders Huston and Tom Cleaver of Tampa, made a valiant charge with a 66. But he finished two strokes back at 281. Cleaver was third at 282 after a 71.

Tony Cerda of Titusville was next at 68-283, followed by James Weeden of Deerfield Beach at 72-286 and former U.S. Amateur champion Bruce Fleisher of Miami at 69-288.