History of the FSGA 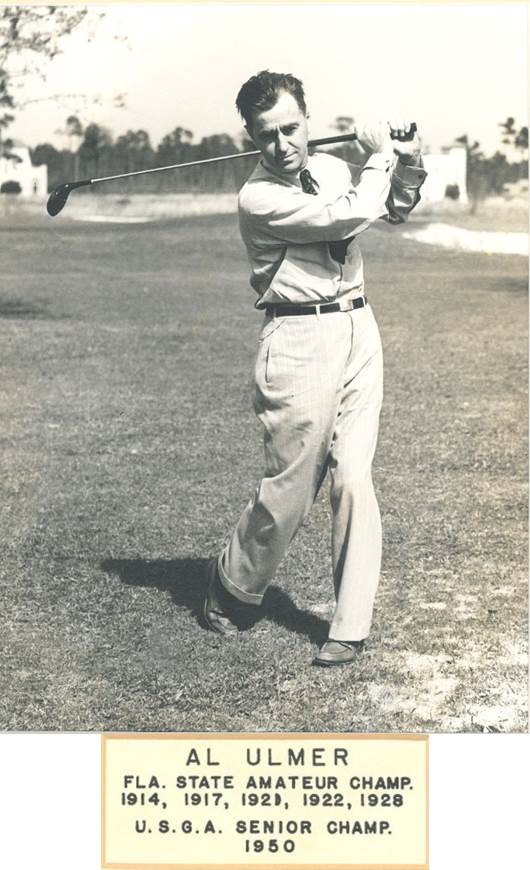 On February 27th, 1913, a meeting was held at the San Juan Hotel in Orlando with the intention to form a state golf association.  Clarence Camp of Ocala was elected the President; N.P. Yowell of Orlando was selected as the Treasurer and Secretary. J. Hamilton Gillespie of Sarasota, Louis Chazal of Orlando, and S.W. Shepard were appointed to form a constitution and bylaws for the new organization. Ocala Evening Star, March 1, 1913

1915 - A banquet held on December 10, 1915 at the Tampa Yacht and Country Club formally organized the Florida Golf Association. Clarence Camp of Ocala was reelected as President; Jack Mahoney of Tampa, Vice President; Frank Drake of Ocala, Secretary; E.J. Event, Treasurer. An Executive Committee formed of representatives from seven different member clubs was also formed, as well as another committee to draft the constitution and bylaws. Ocala Evening Star, December 11, 1915

It is to be believed that the first Amateur Championship was held in 1915 at the Tampa Automobile and Golf Club, today known as Rocky Point Golf Club.  In a 36 hole match play final, A.C. Ulmer defeated J.D. Harnett 5&3 in a driving rain after being one down on the front nine to be crowned the inaugural Champion. The Constitution, December 12, 1915  Ocala Evening Star, December 13, 1915

1916 - Jacksonville was to host the annual Amateur Championship in 1916, presumably at the Florida Country Club. J.D. Harnett was able to overcome a 19 year old opponent this year and capture the Championship.

1917 - T.W. Palmer of Miami defeated W.A. Knight of St. Augustine in route to the Championship title again held at Florida Country Club.  Palmer was the medalist of the 1916 and 1917 stroke play qualifier for the event. Fort Wayne Daily News, March 17, 1917  Spalding Golf Guide, 1918

1918 - This year's Championship was held at Palma Ceia Country Club in Tampa in April. Players were awarded Red Cross medals as prizes, with the remaining funds donated to the Red Cross. An 18-hole "Liberty Bond Sweepstake" tournament was held to raise money to purchase war bonds. Ocala Evening Star, April 10, 1918

In November, Amateur Champion A.C. Ulmer enlisted in the Army and was stationed at Camp Johnston. 1922 - Membership in the FSGA has grown to 20 clubs with William Beardall of Orlando leading the organization. Some 300 golfers were expected to participate in the Amateur Championship at Orlando Country Club which A.C. Ulmer eventually won 10&8 against J. Ralphy Yearby. St. Petersburg Evening Independent, March 25, 1922

1927 - Qualifying for the Amateur reportedly took until darkness, with players using white cloths to identify the holes on the greens. The match play portion would take place on both Dubsdread and the Orlando Country Club courses. Tommy Aycock defeated Lee Chase for the crown, 2&1. Palm Beach Post, April 14, 1927  Sarasota Herald-Tribune, April 17, 1927

1957 - Bill Carey is chosen to be the first paid employee of the FSGA as the Executive Director.  Up to this point, the organization had been run solely by volunteers.

1982 - Cal Korf replaces Bill Carey as the Executive Director of the FSGA. 
The Youth Golf Education Grant Program was founded to provide funds to non-profit junior golf groups organized to teach the game of golf to young people who generally would not otherwise have the opportunity to learn the game.

1998 - Parent Child Championship is formed assuming the format of the previously conducted Father-Son Tournament. Inaugural Mid-Amateur Four-Ball held at PGA at the Reserve to model the Mid-Senior Four-Ball started the year prior. Amateurs age 25 and over were allowed to enter, similar to the existing Mid-Amateur Championship. Foundation Memberships are offered for the first time.

The Amateur Public Links Championship is formed, with entries restricted to bona fide public course players who do not have a membership at a private club. Richard Henken of Gainesville won the new championship at World Woods Golf Club. Two-Man Shootout was held for the first time at Innisbrook Resort. This event started as the Net Two-Man Team Championship with 18 holes of modified alternate shot stroke play, followed by four-ball stroke play in the second round. Mark Carron and Craig Ramsbottom fired a 15-under 129 to take the crown.

The Handicap Championship is now called the Individual Net Championship, but is not played after this year.

2001 - The first group of Winter Series events were played, extending from December 2001 to April 2002 for competitors age 40 and over. The Amateur Championship field is expanded to 168 players; two courses are played for the first 36 holes, then cut to low 70 and ties for the final 36 holes.

2002 - The Junior Team Championship is formed, bringing teams of 3 golfers from golf organizations around the state. These golfers represent their organization in a stroke play event. Girls and boys 12-17 could compete in this event.

2003 - The Florida Junior Tour was founded in 2003 to offer juniors ages 13-18 a competitive platform in order to prepare them for national championships and college golf. With this came the inaugural Junior Match Play Championship, originally only offered to boys ages 12-17. Northwest Club Challenge started.

2004 - Modeled after the Junior/Senior Four-Ball last known to be held in 1975, the Senior/Mid-Am Four Ball was held at Riverwood Golf Club. Each team consisted of one partner over 25 and the other over 55. The Mixed Shoot-Out is formed and conducted for the first time in conjunction with the Florida Women's State Golf Association. The event was conducted at Saddlebrook Resort with the first round consisted of 18 holes of best ball while the second round switched to modified alternate shot.

Jim Callender (pictured right) and Charlie Bedford were awarded the Lifetime Achievement Award for their selfless and untiring devotion to the FSGA, which contributed to the success of the organization over their times of service.

2005 - The Net division of the Two-Man Shootout was eliminated, going to a gross only tournament. Boys' Junior Championship expanded to 54 holes.

2006 - Senior Amateur Match Play Championship formed, and conducted at Cypress Run Golf Club. Berger Warner defeated Bruce Scamehorn in 20 holes and Mike Craven won the super senior division over Phil Leckey, 2 and 1. The Junior Florida Cup was launched this year, modeling the Florida Cup already in place for adult amateurs. An exciting finished occurred at Lake Nona GC with a tie between the North and the South at 20 points each. Juniors would have to wait another year to determine a champion. The Junior Match Play Championship was expanded to include divisions for both boys and girls ages 13-18. The Public Links Championship was expanded to 54 holes. Northwest Club Challenge changed to Stableford scoring.

Bill Baker, Gary Koch, and Bob Rankin are inducted into the Hall of Fame.

2007 - The first Interclub Team Matches were conducted with more than 100 clubs participating. The finals brought together regional champions from around the state who had successfully advanced through a six-week regular season and two rounds of regional playoffs. Bluewater Bay Club won this inaugural event. In the Senior Four-Ball Championship, a Super Senior Division was added for the first time. The Club Team Championship introduced a Stableford scoring system. Boys' Junior Championship expanded to 168 players (84 in each division) over two courses on the first 36 holes, and then cut to the low 35 players and ties in each division.

New to the Hall of Fame this year is 3-time Amateur Champion Jack Veghte and former Executive Director Cal Korf.

2008 - After a short 6 year existence, the Northwest Club Challenge was played for the last time at Santa Rosa Golf & Beach Club. The Senior Amateur Championship was expanded to include a cut in both divisions after 36 holes.

Steve Melnyk is inducted into the Hall of Fame.

Florida Open Championship - The FSGA begins conducting the Florida Open with the cooperation of the Dixie, North Florida and South Florida PGA Sections.  The Florida Open had been conducted since 1942 featuring amateur and professional champions alike such as Willie Turnesa, Bob Murphy, Gary Koch, Bruce Fleisher, John Huston, Dudley Hart, and Bart Bryant. The FSGA's involvement included local qualifying at 5 locations and resulted in a dramatic increase in entries to more than 1,000.

Hall of Fame - Moot Thomas and Jim Yancey join the others in the Hall of Fame. 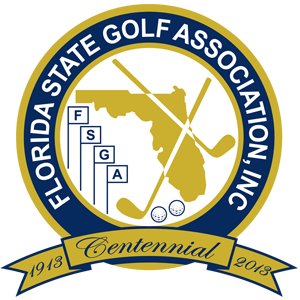 2010 - Association Membership passes 200,000.  Mallory Privett is inducted into the Hall of Fame.

2011 - After 70 years, the Club Team Championship was retired and the prestige of this championship was transferred to the Interclub Matches started in 2007. The Super Senior Championship conducted as a separate event from the Senior Amateur.

Downing Grey is inducted into the Hall of Fame.

2012 - In 2012, a merger took place between the Florida Women’s State Golf Association (FWSGA) and the FSGA. As a result, all of the women’s championships were now under the direction of the FSGA. A women’s championship department was launched and the FSGA immediately sought to grow women’s golf in Florida. One of the first events to be added to the women’s schedule was the Southeastern Challenge Matches, where teams of golfers from Florida, Alabama, and Georgia competed biennially against each other in a Ryder cup style event. Florida was victorious in the inaugural matches with 24 points to Georgia’s 20.5 and Alabama’s 18.5.

The Florida Senior Open was also brought under the direction of the FSGA this year. Florida Junior Tour schedule hits 30 events this year. FSGA headquarters moves to a new building in Tampa.

FWSGA founder Winifred Holmes and Marcia Mileti are the first women to be inducted in to the Hall of Fame.

2013 - The Centennial celebration of the founding of the Florida State Golf Association.

The Inaugural Women’s Florida Cup matches were played at Lake Jovita Golf & Country Club. Similar to the Junior and Men’s Florida Cups, North Florida was pitted against South Florida in a biennial Ryder Cup style event. The South team won the 2013 matches in a dominating 21-3 victory over the North. The Women’s Mid-Amateur Championship was also started this year. Like the Men’s Championship, this event was open to women over the age of 25 in a 36-hole stroke play event. Meghan Stasi won the inaugural championship with a score of 72-75--147. After being started by the FWSGA in 2001, the Women’s Round Robin Championship, previously known as the Four Ball Match Play Championship, came to an end in 2013. The Women’s International Four-Ball resumes after taking a year hiatus during the merger.

2014 - This year marked the first year of the Women’s Senior Amateur Match Play Championship. Women over 50 could compete in this event. Mary Jane Hiestand was victorious over Taffy Brower in 21 holes at Bear Lake Country Club. The Net Department was expanded even more this year, with the Net Four-Ball Championship and the Women’s Net Championship both being formed.

Taffy Brower and Fred Ridley are inducted into the Hall of Fame.

2015 - Tammy Bowman Wilmot is inducted into the Hall of Fame. Mallory Privett is awarded the Lifetime Achievement Award.

2016 - Older divisions (13-18) in the Girls' Junior Championship expanded field size to 156 players on two courses for the first 36 holes, then cut to low 70 and ties for the final round.