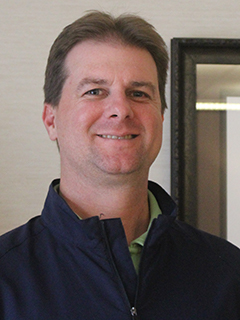 Kevin Kasubinski joined the FSGA in 2007.  Born in Monroe Township, New Jersey, he came to Florida to attend the University of South Florida, attaining a B.A. in Business Administration.  Already having worked in the golf business since the age of 14, Kasubinski decided that golf was the correct career path of choice.

He became a PGA Member in 2001 and has worked in all capacities at a golf course from Cart Attendant through Director of Golf.  His experiences at fine facilities such as Avila Golf & Country Club, Fox Hollow Golf Club, and The Groves Golf & Country Club led him to the FSGA.

Kasubinski  and his wife, Heather, had their first child, Andrew, in 2008 and welcomed their second child, Alyssa in 2010.  Both are avid sports fans and have traveled to numerous baseball stadiums to catch a game across the U.S. with aspirations of actually visiting all 30 major league ballparks.