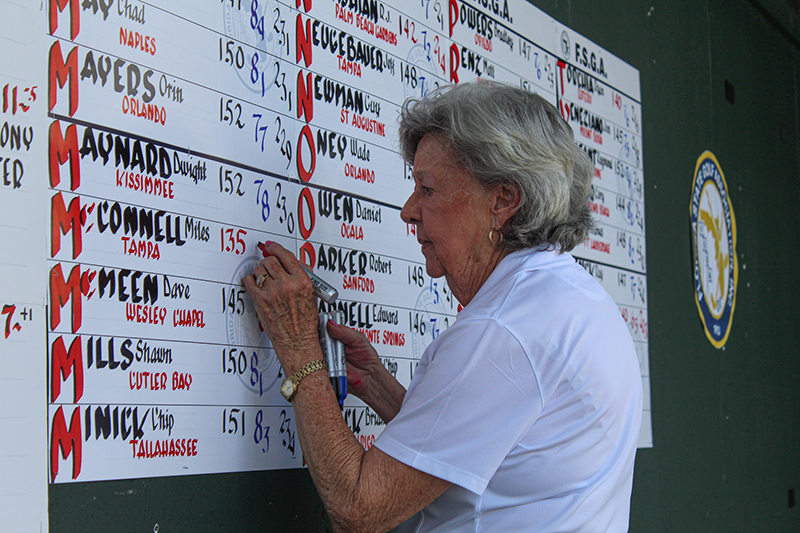 “I don’t even know how to put this into words. I never expected this,” Korf said. “I’m extremely honored to join the these remarkable and talented people.”

Born in Missouri, she discovered her love for the game at a young age, playing recreationally with friends and family. Korf first began volunteering in golf when she was living in Birmingham, Alabama. She had been doing charity work in the medical field, but was looking for something different. Korf met up with some friends who were golfers and they got her involved with volunteering in golf.

She and Cal, moved to Sarasota in 1980. Not long after the move, Korf became involved with the Florida Women’s State Golf Association. She saw a need for volunteers and wanted to help, going on to serve as the association’s president and a member of the board.

When Cal became the FSGA Executive Director in 1982, Korf also began volunteering with the FSGA and took a liking to working on the scoreboards and practicing her calligraphy. She learned the art from a golf pro’s wife and has been a staple at FSGA competitions ever since. Korf has also been a FSGA Course Rating Captain since 1987, and currently leads a team of five.

“To see the growth of the association over the years has been phenomenal,” Korf said. “It’s been 30 years and I’ve seen it grow into the largest association in the country. I’m proud to be a part of it.”