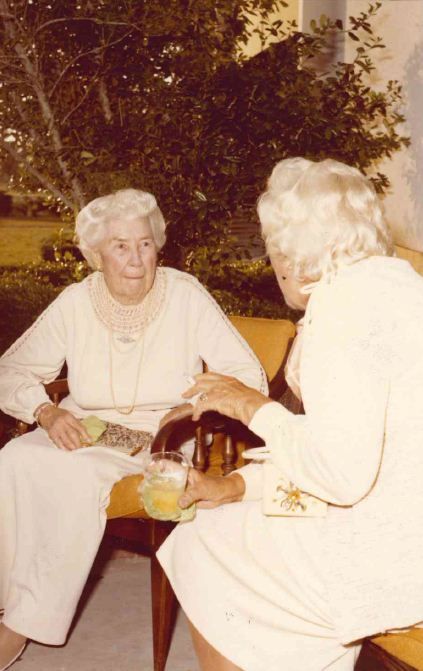 On Friday, November 16, 2012, the Florida State Golf Association inducted Winifred Holmes into its prestigious Hall of Fame. The ceremony was held at the Country Club of Orlando in conjunction with the Annual Dinner.

Winifred "Winnie" Roger Holmes, was born on August 22, 1896. Winnie, began playing golf in 1917 at Timuquana CC in Jacksonville after marrying her high school sweetheart, John L. Holmes.  She and her husband spent many hours playing golf every Sunday afternoon.  But like the pioneers throughout history, Winnie wanted more – for herself, for women, and for golf. In 1927 she founded the Florida Women's State Golf Association, an organization that had grown and prospered in its years.  While organizing the FWSGA, Winnie also began forming the Jacksonville Women’s Golf Association.  “She devoted her life to her family and golf and  church work,” said her late husband.

In March of 1927, Winnie was the driving force behind the staging of the first FWSGA State Championship at Mount Plymouth CC near Orlando.  It seemed only fitting that Winnie become the first FWSGA champion. She defeated Mrs. Harry C. Dodge in the 1927 inaugural event.

At 88 years of age Winnie qualified for the championship flight in her hometown city tournament. That year she was also the oldest woman in the country to have a hole-in-one. Winnie continued to lend her support and organizational skills to the FWSGA throughout the years, and even into the 1980s. Her memory, her pioneering efforts and dedication to women’s golf in Florida will not soon be forgotten.

back to hall of fame