Who Can Play, Cost & Format

1.) Women who were listed on your club's handicap list as of January 1 of the current Championship year.

What is the cost?
There is a $50 per team entry fee per season. The home team is required to host greens fees and to charge no more than the standard cart fees. What is the format? Two(2) teams of two players will play an individual match against an opposing team members. A team side consists of four (4) players.

Can we form our own groups?
Yes. During the sign-up period, four clubs from the same general area may all mutually agree to form a group and this group structure will be respected by the FSGA committee.  To meet this condition, all four clubs must agree to be a group, they must all sign up prior to the entry deadline, and the FSGA must be informed in writing (email) prior to the entry deadline. 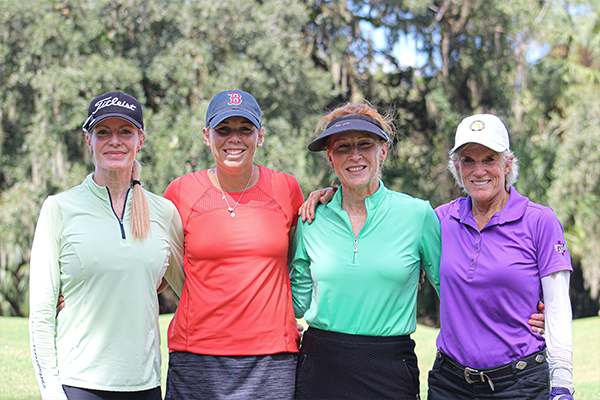 How many players can be on my team?
Your team size is unlimited and these players may participate in the matches at anytime during the season.

Who is eligible for the playoff matches?
Only players on the roster who have played in one regular season match can play.

When do the matches start?

When are the matches played?


How many matches do we play?
Teams will play six matches during the regular season, three home and three away matches.

What if my group only has three teams, do we still play six matches?
No.  In the event that a group only has three teams, each team will play the other two teams in the group twice--once home and once away over the six week regular season.  Teams from groups of three will play only four matches, and each team will also have two weeks on the schedule where they will not have a match.

What tees will we play?
Tees to be used for Interclub Matches shall be the set of tees used predominately by the women in daily play over the previous twelve month period.

Can some players play from different tees?
Yes, Home Team Captains will set the course and tee being played.  Whole groups of four must play from the same tee. Example:  If the foursome of #3 and 4 players wanted to play from a forward tees, but the other foursome played from a back tees.

What if our club has more than 18 holes, can we use both courses throughout the season? You may schedule matches on any slope rated regulation length course at your club. Captains must be responsible for providing which course will be used for their matches prior to the day of the match.

Clubs with an ability to field more than one team may do so,  as long as the teams compete in different divisions. Players must only play for one team through out the season. 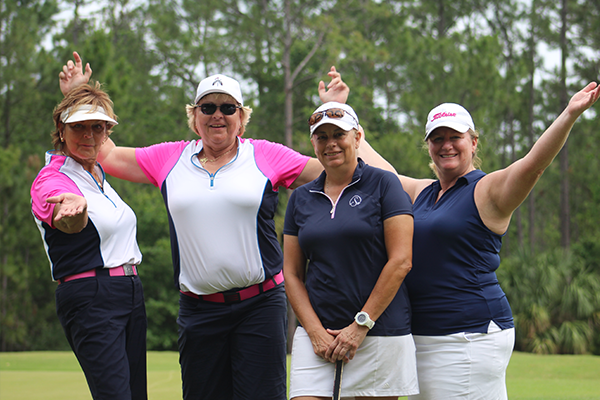 What are the handicaps?
Course Handicaps are determined by low index and will be locked on January 1st for the regular season,  updated for the play offs.

What if my index in the last 12 months is NOT below an 44.0?
You are not eligible to play in the matches until your index is 44.0 or lower.

What responsibilities do I have with my handicap?
It is the individual players responsibility to ensure that their correct handicap is being used for the competition and to know the holes at which handicap stroke are given or received.

Can I post my match scores to my GHIN Handicap?
Scores from Interclub matches will be automatically be posted through the Team Play Module.

What if my match closes out early, do I still post a score?
If your match has been “closed” out before 18 holes, your round is deemed to be completed. In this case, “Net Par” is assigned for any remaining holes not played. (see Rules of Play for “Net Par” explanation)

What if I don’t complete a hole, how do I figure out my score?
If a player starts the hole and does not complete it, or the hole is conceded, you will record “the score most likely made.” This score should not exceed the Net Double Bogey limit based on the current index. (see Rules of Play for more explanation on "Most Likely Score.")

How many players can be taken to the practice round?
The number of players is limited to 8 players during the regular season and the playoffs.

Can a Captain use a “shotgun start” if needed?
Yes, as long as the allotment of handicap strokes remain the same regardless of the starting hole.

When do the match results have to be posted by?
Match results MUST be posted on the Team Play Module the night the match takes place. Team members from both teams who were not in attendance will want to see your progress, so let's get results up as fast as possible.

Who posts the match results?
The home team Captain should post both teams results although either team Captain can post the results based upon agreement.

What if the results were posted and submitted incorrectly?
Contact the FSGA to reset the team results, and promptly re-enter in your correct teams results. 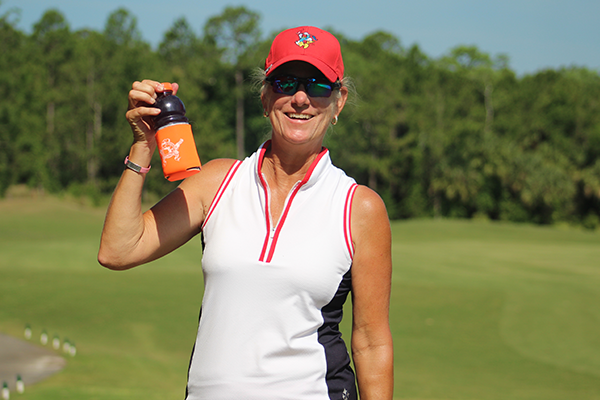 What if there is inclement weather, can we postpone a match?
Team Captains can mutually agree to postpone the match in advance due to actual or predicted unfavorable weather conditions.

What if play has been suspended?
Teams must remain until the decision to close the course is final.

What if play is suspended and Captains agree to postpone the match?
Team Captains must verify the results of each match up to the point when play has been suspended. In some cases the results as of that point will stand as final results (see "Rules of Play")

What if we need to reschedule a match?
Matches should be rescheduled as soon as possible but no later than the first available Wednesday following the conclusion of regular season play.

How will a rescheduled match affect my standings?
Your postponed match and standings will be automatically adjusted once your match is played.

Who qualifies for the playoffs?
Groups will have one team advance to the playoffs.  The group winner will be the team with the most Overall Points (win-loss points) at the end of the season.

What if I am in a Region with only three groups?
The highest ranking second-place team, the "Wild Card Team," based on Overall Points (win-loss points) advance to the playoffs.

What if I am in a Region with only two groups?
The two group winners will playoff and the winner will advance to the State Championship.

What if there is a tie?
In the event of a tie, there is an established tie-breaking method (See Rules of Play, "Tie Breaking Procedures").

When can I concede a match?
You can concede the match at anytime during play.

Can I give advice to my partner?
Yes, you can give your partner advice at any point during the match.

Can players have caddies?
Yes, as long as there are an equal number of caddies available for each team. Customary caddies' fees are to be paid even though they will often exceed cart fees.

Is the One-Ball Rule in effect?
No, but only golf balls that conform to the USGA Rules of of Golf may be used.

Can I use Distance-Measuring Devices and/or a GPS System?
Yes, however devices that gauge or measure other conditions (wind, gradient) must have that function turned off.

Current USGA Rules of Golf will govern all matches. Penalty for waiving the Rules of Golf is disqualification for the player or team who is in violation of this rule.