The R&A and the USGA have released the Rules of Golf effective January 1, 2016. Every four years the Royal & Ancient Golf Club of St. Andrews and the United States Golf Association amend the code.

It seems that the changes for this cycle continue to lean toward a kinder and gentler set of Rules with one exception; new Rule 14-1b “Anchoring the Club”.

The “Anchoring the Club” change has been discussed for some time. The new Rule will prohibit anchoring a club, either directly or by use of an anchor point, during the making of a stroke. Penalty for anchoring: loss of hole in match play or two strokes in stroke play. 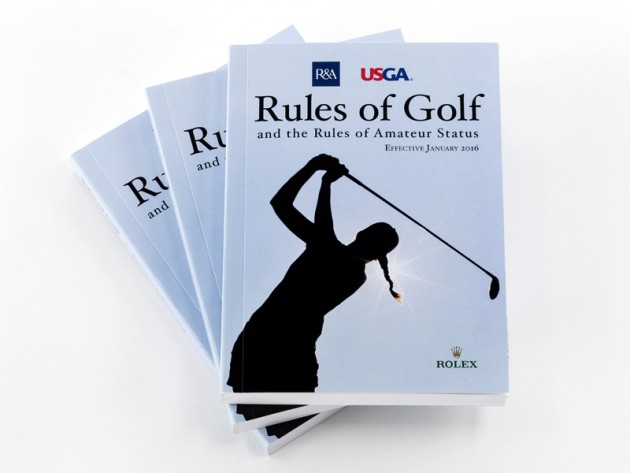 Many players and mostly seniors have steadfastly opposed the change. I know people who have chipped as well as putted with a long handled club while anchored.

It’s time for a change and a new challenge. Try turning around side saddle and putt like Sam Snead did when his original method was banned. Remember, this is not a ban on long putters, just a ban on how you can use it. You may discover the newest, most effective way to putt, all thanks to this new Rule.

One of the kinder and gentler changes will take place in the penalty statement for Rule 14-3 that pertains to abnormal use of equipment. What used to be an immediate disqualification penalty for a breach will now be a loss of hole penalty in match play or a two stroke penalty in stroke play for the first offense. However, should there be a second breach of the Rule; the disqualification penalty would then apply.

For instance, should I place a weighted donut on my club and swing it while waiting for the first green to clear, I would incur a loss of hole penalty in match play or two strokes in stroke play. If I were to do again later on the third hole, I would be disqualified.

Another reduction of the disqualification penalty would occur under Rule 6-6d; Wrong Score for Hole in stroke play. The Rule now contains an exception that would reduce, from disqualification to a two stroke penalty, when a player returns a score lower than actually taken only if the reason was because he failed to include a penalty or penalties that he did not know he incurred.

For instance, a fellow competitor returns his scorecard with a four on the twelfth hole. Later at lunch, he relays the story that his ball had come to rest a against a pine cone in the bunker. After removing the pine cone, he holed the bunker shot for a birdie four. Regrettably, I inform him that the removal of the pine cone was a breach of Rule 13-4c.

When he informs the Committee of the situation and his not knowing he incurred a penalty, the correct procedure would be for the Committee to add the penalty of two strokes to his score for the breach of Rule 13-4c (moving a loose impediment in a hazard the ball lies in) plus a two stroke penalty for signing for a score lower than actually taken. Four strokes in all but he is still in the tournament.

The last major change is the abolition of a Rule that I have been hoping would happen for some time. Rule 18-2b, Ball Moving after Address, will be history as of January 1, 2016. Rule 18-2b penalizes a player if a ball moves after he has addressed it regardless if he is at fault or not. When the new code is in place, a ball that moves after a player has addressed it will be treated differently. The question will be asked of the player “What caused the ball to move?” If the player caused it to move, it will still be a penalty situation. If something else caused it to move, there will be no penalty and the ball is played as it lies.

Along with the Rule changes will be new and revised Decisions. One change that you will enjoy is the change to Decision 4-4c/1; Excess Club Declared Out of Play Before Round. Currently, if you start the round with more than fifrteen clubs in your possession regardless if you declare one or more out of play, you would be penalized for having too many clubs. The new revision uses some common sense and states “In these narrow circumstances for the purposes of applying Rule 4-4a (Selection and Addition of Clubs), the player is not considered to be carrying the club or to have selected the club for play, even though it is physically in his possession. If possible, the player should seek to highlight the club that is out of play by setting it apart from the other clubs, such as by placing it on the floor of the cart or turning it upside down in his golf bag.”

We’ll be on the road teaching you the changes after the first of the year. The FSGA will conduct one-day Rules of Golf Seminars around the state to cover these changes as well as all of the other Rules. Please visit our website at www.fsga.org and click on the Rules of Golf Workshops under the Seminars tab for more information.

Remember, it pays to know the Rules. Knowing the Rules of Golf can help you save strokes and enjoy the game of golf.