The team of Steve Earsley and Doug LaCrosse fired a final round of five-under par 67 to capture the 38th Senior Four-Ball Championship as Ron Cleland and Edward Craig captured the Super Senior Division at The Legacy Golf & Tennis Club, in Port Saint Lucie, on October 9-10.

Steve Earsley, of Hobe Sound, and Doug LaCrosse, of Tampa, posted a four-under par 68 in the first round to trail the first round leaders by only one stroke heading into the final round of play. Earsley and LaCrosse continued their solid play in the final round firing a five-under par 67, to post a tournament total of 9-under par 135, to win the 2012 Championship by one stroke. This Doug’s first state Championship since he regained his amateur status back last year.  With their win, Earsley and LaCrosse earned an exemption into the 2013 Four-Ball Championship held at the Hammock Dunes Club – Creek Course, in Palm Coast.  The team of Pete Andrews, of Lithia, and David McShera, of Valrico, finished alone in second place after rounds of 68-68, and just missed out on a playoff when Andrews par putt on 18 just missed. The first round leaders, Walter Himelsbaugh, of Leesburg and the 2012 Senior Amateur Champion AJ Kroeger, Apopka, finished in third place with a tournament total of 137. 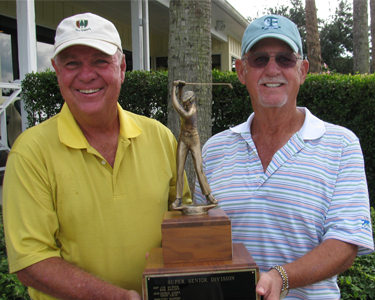 In the Super Senior Division, the team of Ron Cleland, of Naples, and Edward Craig, of Orlando, prevailed in a playoff to win the Championship for a second year in a row. After a two round total of 7-under par 135, the duo would find themselves tied with the 2011 Senior Amateur Champion, Jim Carley, of Ormond Beach, and Curtis Madson, of Mount Dora, after their rounds of 68-67. The teams would head for a sudden death playoff where Cleland would make birdie to claim the Championship and go back-to-back. The team of Edward Garver, of Alpharetta, and Edward Garver, of Land O’ Lakes and the team of Ken Couturier, of Melbourne, and Ray Darmstadt, of Cocoa Beach, finished tied for third place with a tournament total of two-under par 142.

Male amateurs must be age 55 or older as of October 9, 2012, and both entrants must be members of the FSGA. 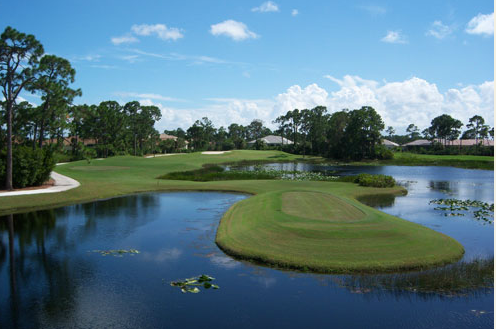 36 holes of four-ball stroke play.  The lowest team score for 36 holes in each division will be the Champion. If necessary, there will be a hole by hole play-off to determine the champion in each division. It is the player's responsibility to be present for any play-off.

Practice rounds are available one month prior to the championship, however practice rounds must be played after 11:00 AM. The price for a practice round is $30.00 + tax. Please call (772) 466-7895 to arrange your practice round. The proper place to practice your golf swing is on the driving range, hitting multiple shots on the course is unacceptable.

55-64 (Senior), 65 and over (Super-Senior). All teams will compete in the age division commensurate with the youngest player's age as of the first day of the Championship.

Only one of the partners per team need sign the score card and each score to count must be individually identifiable.  See Rule 31-3.

Please click on the hotel icon for hotels in the Port Saint Lucie area.