Eoghan O’Connell and Woodrow Smoak fired an 8-under par 64 in the final round to win the 3rd Senior/Mid-Amateur Four-Ball Championship at The Fox Club in Palm City on April 22-23.   Eoghan O’Connell, of Palm Beach Gardens, and Woodrow Smoak, of Palm City, trailed the first round leaders by three strokes going into the final round after the pair shot a 3-under par 69. In the final round, O’Connell and Smoak made ten birdies, including holes 16, 17 and 18, to post a 64, the low round of the tournament, and capture the Championship by three strokes. O’Connell, playing his home course, was a member of the winning Walker Cup team in 1989 for Great Britain and Ireland.

Harvey Barish, of Hollywood, and Paul Melson, of Plantation, shared the lead after the first round with the team of Mark Hanley, from Indian Harbour Beach, and Rick Luzar, of Melbourne, when each posted a 66. The teams shot similar scores of 70 in the final round to tie for second place with a 136 total.  The duo from Temple Terrace, Kim Schwencke and Don Whittemore, finished four back from the Champions shooting a 70-67.

In the first flight, two teams took first place honors. Norman Todd, of Osprey, and John Hall, of Sarasota, and the team of Walter Himelsbaugh, of Leesburg, and AJ Kroeger, of Apopka, shared the top spot with a 143 total. Todd and Hall shot 74-69 while Himelsbaugh and Kroeger recorded a 75-68. The father and son team of Rick and Andy Spears won the second flight posting a 76-69—145. Andy, of Palm City, and Rick, from Stuart, won the Parent-Child Championship in 2003.

This year, the Championship was re-named the Senior/Mid-Amateur Four-Ball after being called the Foundation Four-Ball. The field includes 34 teams of one partner over 55 years of age and the other between 25-54 years old. The Championship is 36 holes of four-ball stroke play over the course of two days and flighted after 18 holes. 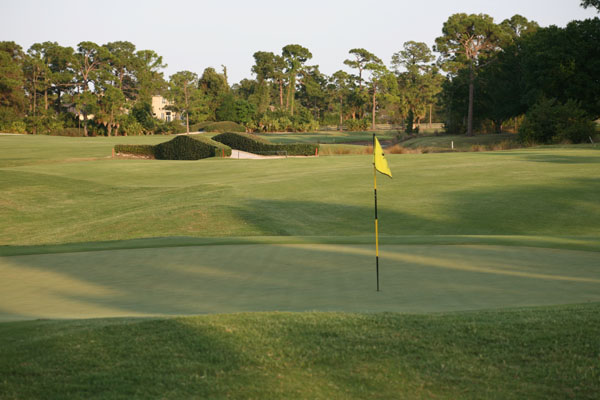 The Senior/Mid-Amateur Four-Ball, previously called the Foundation Four-Ball, pairs one senior player and one mid-amateur player. The pair will play 36 holes of four-ball stroke play and will be flighted after 18 holes.

Originally called Cobblestone Country Club, the course was designed in 1989 by Roy Case. In 2004, Darren Clarke and Eoghan O’Connell redesigned the course; upgrades include all new tees with Paspalum grasses, undulating Tifeagle greens, and spectacular Donald Ross style bunkers. The course has been lengthened and graded to allow impressive views of the numerous lakes and preserves.

$310 per team ($300 for online entry). Includes cart fees for tournament rounds and prizes.

After 18 holes. The number of flights will be based on the number of competitors and/or the range of scores.