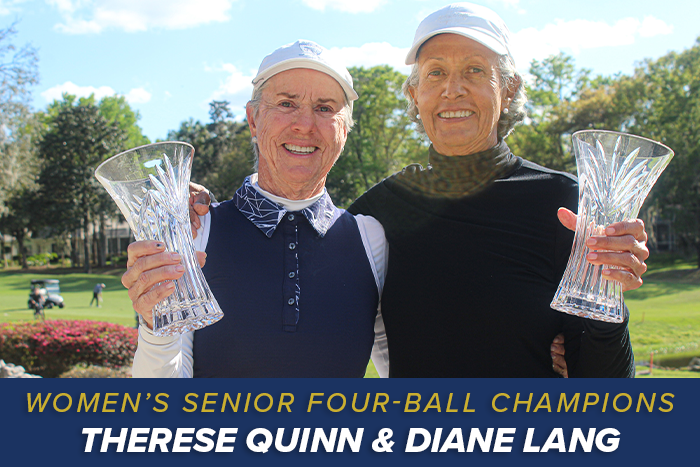 OCALA, Fla. – Diane Lang and Therese Quinn captured the Women’s Senior Four-Ball Championship on Sunday at the Country Club of Ocala. Lang and Quinn used rounds of 72-73 to take home the win with a 1-over 145 for the championship.

This win marks the 12th FSGA victory and second Four-Ball title for Lang, a past FSGA Player of the Year, while Quinn picks up her fourth FSGA victory.

Lang and Quinn began the championship with an even-par 72 in Saturday’s first round, battling rain and windy conditions. The pair finished the day with three birdies and in a tie at the top of the leaderboard with two other teams. 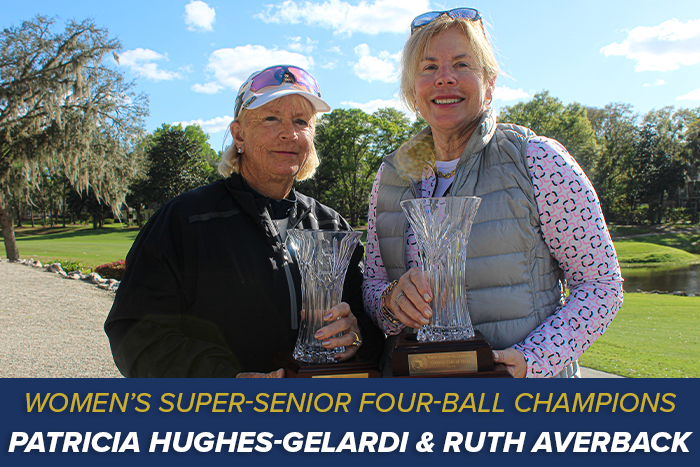 The duo began the final round with a 1-over front side, with a birdie from Quinn on the seventh. Lang and Quinn added another birdie on the 15th to move to 1-over for the championship. Quinn birdied the final hole of the championship to secure a two-shot victory for the pair at 1-over 145.

Lin Culver and Gigi Higgins took a runner-up finish at 3-over 147, after rounds of 72-75 for the championship. Two teams finished the championship in an tie for third at 6-over 150: Susan Cohn and Sherry Herman –  Felicia Hutnick and Kim Keyer-Scott.

The duo posted a 1-over 73 on Sunday to earn the five-shot victory. Meg Giusti and Darlene Tranquilli took home the runner-up finish at 9-over 153, while Christine Hunt and Janice Wilson finished third at 16-over 160. 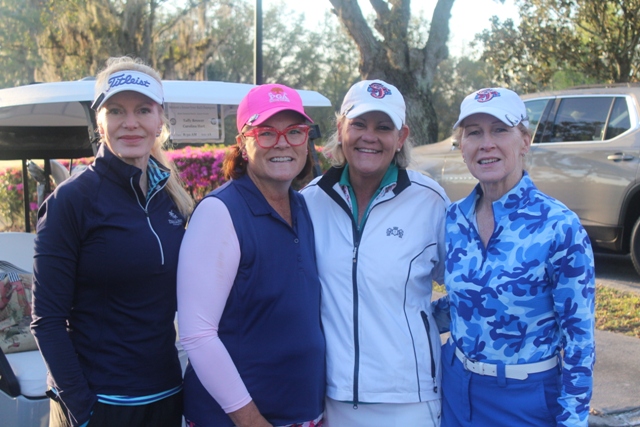 Entry fee includes all competitive rounds of golf, tee gift, lunch after both Saturday and Sunday's rounds, and gift certificate prizes. Late entries will be accepted subject to a $10 late fee should the team gain acceptance into the field. 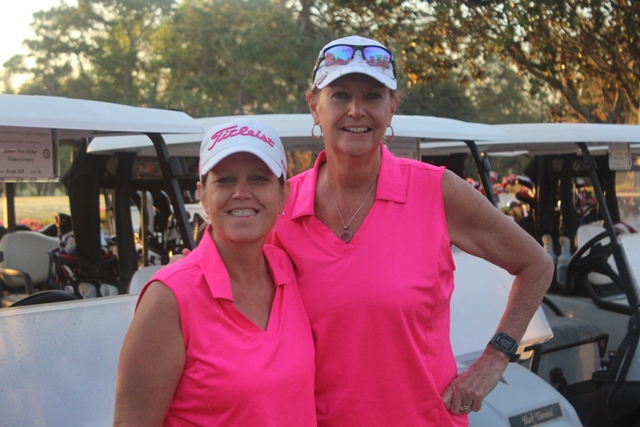 Committee Discretion: The Championship Committee reserves the right to move any team out of the Field Division if their team handicap (or an individual partner's handicap) is significantly lower than the majority of the competitors in that division, and their scoring history does not reflect the need to play from the Field Division yardage.

The Field Divisions will be pre-flighted based on combined team handicaps.

Championship Divisions – The overall Champion will be the team with the lowest total score.  In the event of a tie for first place, there will be a hole-by-hole sudden death playoff on a hole designated by the Committee to determine the Champions.

Practice rounds are available one week prior to the Championship on a space available basis and after 12:00 PM the weekend before. The price for a practice round is $40.00 + tax and includes cart and range balls prior to the round. Please call 352-237-6644 to arrange your practice round. The proper place to practice your golf swing is on the driving range, hitting multiple shots on the course is unacceptable. 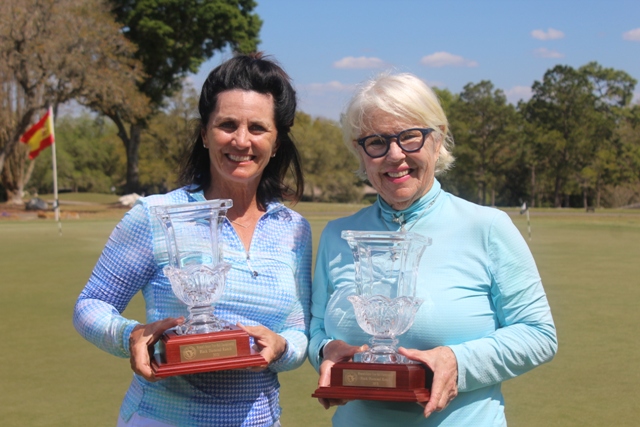 Taffy Brower and Carolina Hart capture the Women’s Senior Four-Ball Championship on Sunday at Black Diamond Ranch. Brower and Hart fired a final-round 71 to take home the win with a 1-over 145 for the championship on the Quarry Course.

This win marks the first FSGA championship for Hart, while Brower, an FSGA Hall of Fame member, picks up her 13th FSGA victory and her third Four-Ball title.

Brower and Hart began the championship with a 2-over 74 in Saturday’s first round. The pair finished the day with four birdies and one shot back of the first-round leaders: Kim Keyer-Scott / Jodi Sullivan and Carolyn Creekmore / Laura Carson.

The duo of Brower and Hart began the final round with a 1-over front side, with a birdie from Brower on the fifth. Brower and Hart carded back-to-back birdies to start out the back side. They added another birdie on the day to card a final round-71, the only under-par score of the weekend.

Brower and Hart secured the two-shot victory with a 1-over 145 for the championship.