The Wanderer’s Club in Wellington was in pristine condition for the 69th Women’s International Four-Ball conducted February 16-17. This historic Championship has been hosted by The Wanderers Club, one of the finest clubs in Palm Beach County, for four consecutive years! Round one on Tuesday had a delayed shotgun start due to heavy rain and wind accompanied by a tornado watch. After the weather cleared, the ladies faced a beautiful day for golf, resulting in nine scores in the red.

In the Championship Division, the famous duo of Tara Joy-Connelly and Meghan Stasi took the early lead looking to capture their third win. Joy-Connelly, of Palm Beach, and Stasi, of Oakland Park, posted an impressive five under-par for a two stroke lead over the team of Charlotte Daughan and Katie Miller. Daughan, who teamed up with Sarah Matin to win the Championship last year, matched up with Miller from Jeannette, Pennsylvania to shoot a three under-par 69 in the first round. Two teams tied for third place with a two under-par 70 including: Therese Quinn/Diane Lang and Marie Arnoux/Alexandra Frazier.

The final round of the Championship Division boiled down to a head to head match-up between the teams of Joy-Connelly/Stasi and Daughan/Miller. Both teams contained a wealth of talent with Joy-Connelly being named Women’s Player of the Year in 2015 and Stasi earning the same title five years in a row. Daughan was crowned Champion of the International Four-Ball last year but changed partners because Sarah Matin is expecting her first child! Katie Miller was a smart choice as a former college golfer for the University of North Carolina who made it to the final eight in the 2015 U.S. Women’s Amateur Four-Ball.  Miller stated that in the final match her team recorded “All pars until we finally had a birdie on hole 12.” Stasi and Joy-Connelly fought hard and the match went back and forth for the last six holes. With a two under-par 70 posted by Daughan and Miller, the duo moved into a tie for first place with the round one leaders. Joy-Connelly and Stasi carded a steady final round of even par 72 to tie for first place with a tournament total 139.

An exciting two hole playoff determined the Champions of the 2016 Women’s International Four-Ball. The teams of Joy-Connelly/Stasi and Daughan/Miller teed up on number 18 for the first playoff hole. With two pars, the ladies continued on to the first hole, second playoff hole, where the Champions were crowned. Daughan and Miller both hit their second shots on the green putting pressure on Stasi to stick her second shot close for a chance at birdie. Stasi missed the green leaving only the team of Daughan and Miller on the green with two looks at birdie. Meghan just missed her chip shot for birdie and knocked in a par (4) for her team. Katie then dunked her birdie putt to win the Championship. This marks Daughan’s second consecutive Women’s International Four-Ball win and Miller’s first FSGA victory. The team of Therese Quinn and Diane Lang had a great tournament posting a second round 72 for a two under-par 142 total and third place finish. Round one in the Middle Division was led by the team of Christine Martin, from Palm Harbor, and Patrisa Handley, of Sarasota, after they posted the only under-par round of their division. The two scored a three under-par 69 to lead by three strokes over teammates Terri Wirth and Meredith Wolf. Hobe Sound resident, Wirth, and Wolf, of Wellington, carded a round one even par 72. Martin and Handley held on to first place with a round two score of 77, tournament total 146, and a two stroke victory. Two teams tied for second with a tournament total of 148 including: Sisi Hedges/Debbie MookSang and Karen Hale/Ann Fulginiti.

In the Middle Division First Flight, there was a tie for first at the top of the leader board after Tuesday’s round. Wellington residents, Debbie O’Brien and Hanneke Vandenboomen, teamed up to shoot 76 and tie with the team of Wendy Bingham, of Palm Beach, and Tinker Sanger, of North Palm Beach, also posting a 76. Bingham and Sanger prevailed by a slim one stroke to seize first place with a 154 tournament total. O’Brien and Vandenboomen carded a final round 79 to finish in second place.

Forty-eight teams represented by 15 states and two countries made up the 2016 Women’s International Four-Ball field. This historic event, first conducted by the Jaycees of Hollywood, Florida, has comprised the names of golf’s finest—Babe Zaharias, Louise Suggs, Peggy Kirk-Bell, Marlene Streit and others. Now the team of Charlotte Daughan and Katie Miller can be added to the list esteemed names.

Membership is NOT required

Please join us for the 69th Women's International Four-Ball to be conducted at the Wanderer's Club in Wellington, Florida.  This historic championship is being held at one of the finest clubs in Palm Beach County on Tuesday and Wednesday, February 16th-17th and is the last stop on the Orange Blossom Tour. The Orange Blossom Tour consists of the Harder Hall, SALLY and Ione. Jones/Doherty. The Wanderer's Club is maintained in exceptional condition and is excited to host this championship for the next three years.   For a look at the 2015 Championship Results click here. 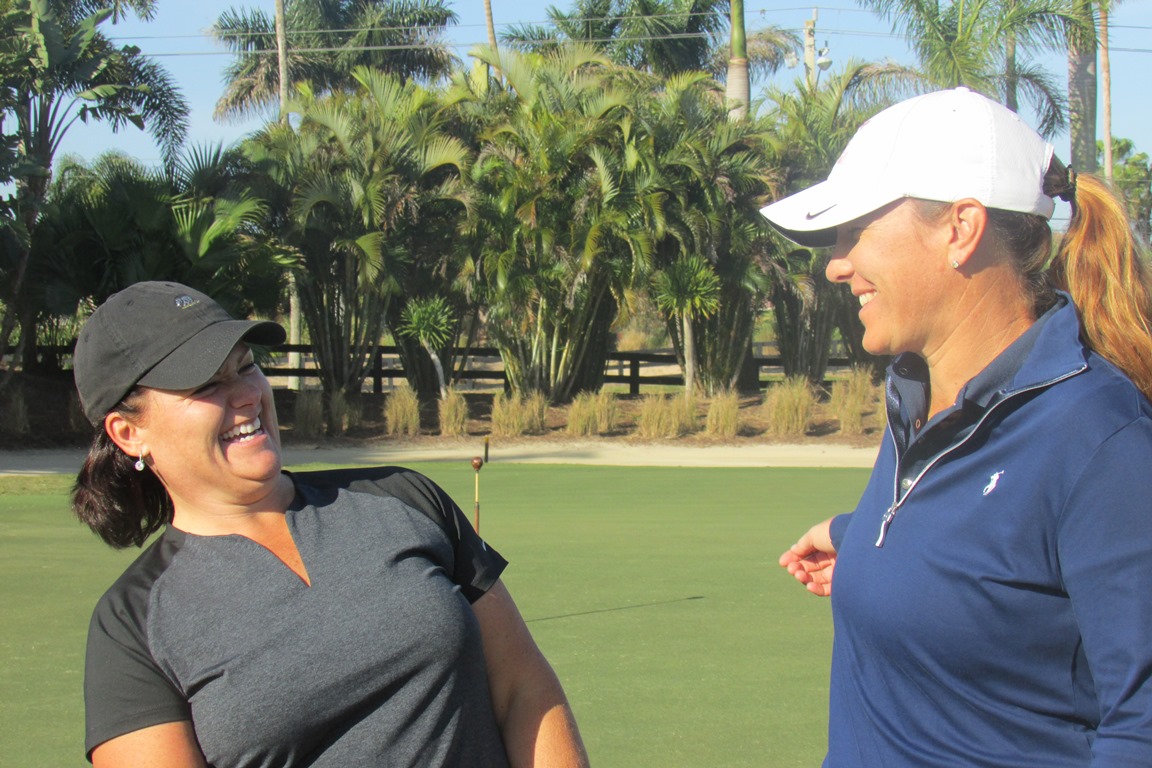 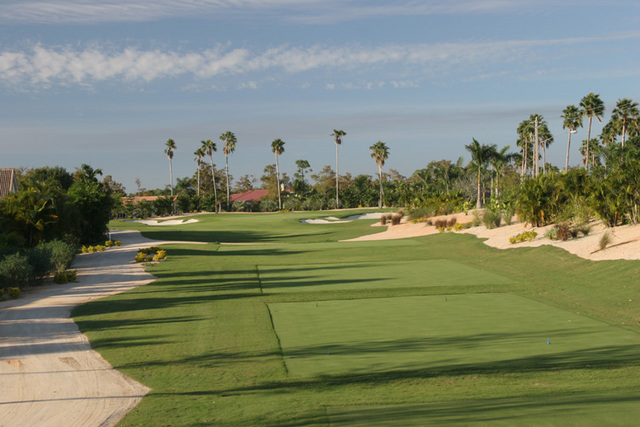 (both players must meet one of the following criteria)

Entry fee includes all competitive rounds of golf, Monday evening cocktail reception with heavy hor d'oeuvres (cash bar), breakfast before and lunch after both Tuesday and Wednesday's rounds, and gift certificates. Late entries will be accepted subject to a $10 late entry fee should the team gain acceptance into the field. 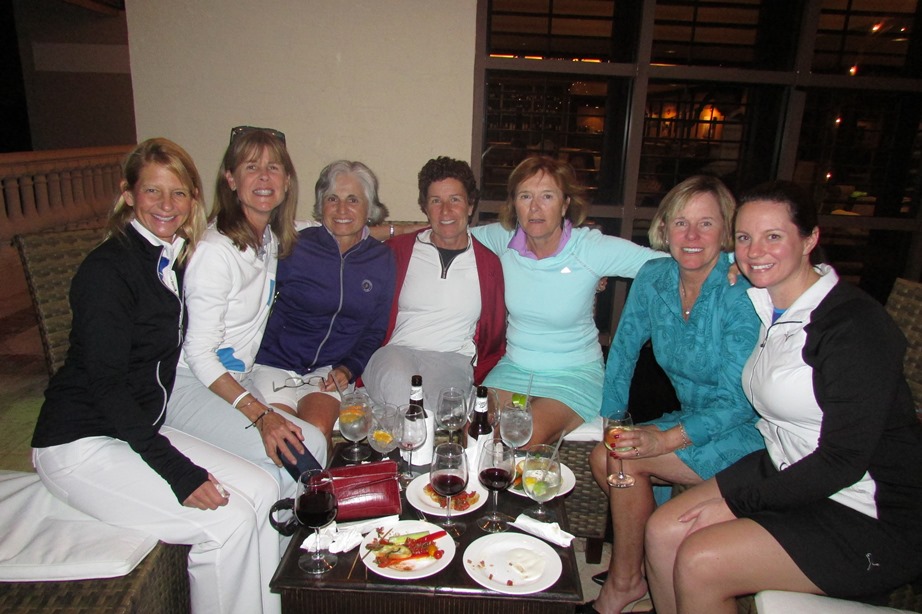 The valid USGA Handicap Indexes used will be from the February 1, 2016 revision.  Each player must have a valid USGA Handicap Index no higher than 18.0 at time of entry.  However, all teams must have a combined team handicap of 14.0 or less at time of entry in order to gain entrance into the field in the Championship Division. Teams must choose which division they wish to compete in upon entry; the Championship or Middle Division.

Imperial Headwear is the official hat sponsor of the Women's International Four-Ball Championship. 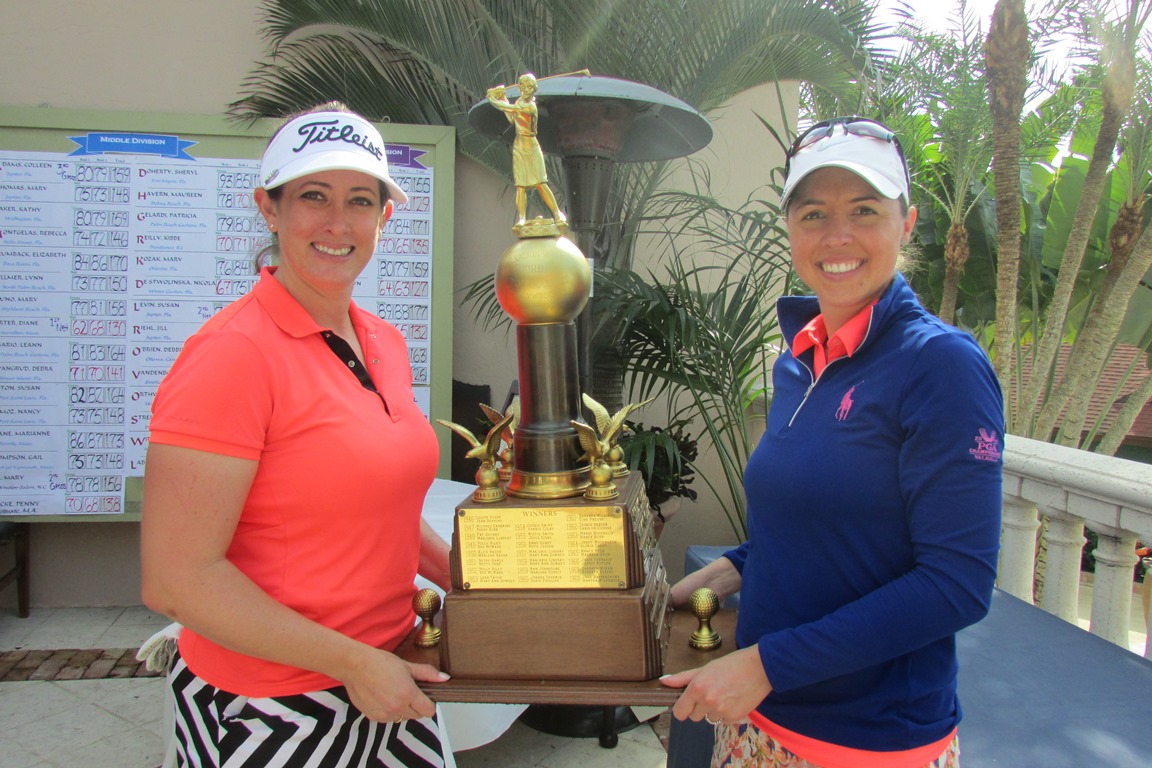 With 48 of the top teams from around the world, Charlotte Daughan and Sarah Matin dethroned back-to-back-to-back Champions Meghan Stasi and Tara Connelly by shooting an impressive 69-72-141. The event was held  at The Wanderer’s Club in Wellington, on February 16-17.

As the fourth championship in the Orange Blossom Tour that includes the Harder Hall Women's Invitational, the South Atlantic Amateur (SALLY), and the Ione D. Jones/Doherty Championship, the Women’s International Four-Ball carries a tremendous amount of history and prestige.  First conducted in 1945 by the Jaycees of Hollywood, Florida, the early championships included the names of Babe Zaharias, Louise Suggs, Peggy Kirk-Bell, and other notables.

$189 per room, per night, plus tax. Call or click here to book online.

Directions to The Wanderers Club