The top mid-senior players teed it up, at the Walt Disney World – Palm Course and Reunion Resort – Watson Course, ready to determine who would be crowned the 49th Mid-Senior Champion. Nihil DeSai, of Winter Park, held onto the early lead after two rounds of golf. DeSai shot an impressive 63 on the Palm Course in round one and a 71 on the Watson Course day two to lead by one stroke at ten under-par (134). Tough competitor, Miles McConnell, is chasing close behind after rounds of 65-70—135. Coming off of earning low amateur honors at the Florida Senior Open, McConnell, of Tampa, is vying for his first FSGA Championship win. Two players tied at third place, two strokes behind, including Daniel Debra and Brian Armstrong. 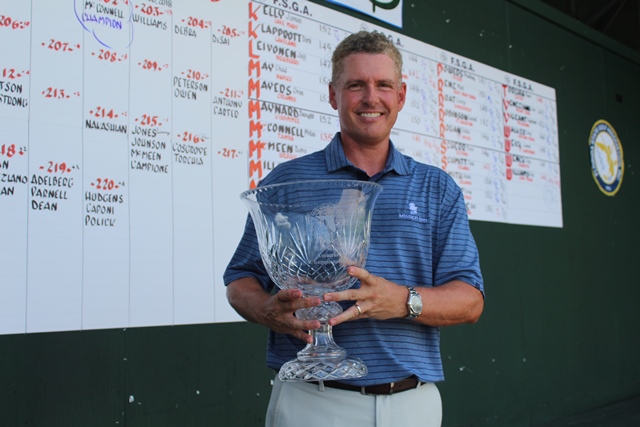 After playing one round on both the Palm Course and Watson Course, the field was cut at eight over-par, 152. 68 players will head to the Palm Course for the final round. Defending Champion, RJ Nakashian, sits tied for ninth at two under-par. There were 14 players posting a two-round total in red numbers. DeSai will be facing tough competition to earn his first FSGA Championship victory!

The final round, played on Disney’s Palm Course, saw some impressive red numbers and a change at the top of the leaderboard. Miles McConnell started the final round the same way as the previous two rounds, with a birdie on the first hole. After carding six additional birdies, McConnell seized the lead with a 14 under-par 202 final. Past FSGA Champion and Senior Player of the Year, Pete Williams, moved up the leaderboard each round. Tying the tournament low round of 63 in the final round, Williams, of Juno Beach, claimed second place, one stroke behind, at 203 (-13). Daniel Debra, of Lutz, showed the meaning of consistency with three rounds of 68 to finish in third place at 204 (-12). Nikhil DeSai fell to fourth place after two final rounds of 71 for an 11 under-par 205 total. There were 15 players with an under-par total and one stroke separated the top four finishers. McConnell earned his first FSGA Championship victory by one stroke with three rounds under-par!

The Mid-Senior Championship provides players 40 years and older a Championship environment without having to compete with juniors and collegiate players. Competitors can use the Championship for either a road trip with the guys or a weekend away with a spouse. For a look at the 2016 Championship Results click here (2017 was cancelled due to rain). 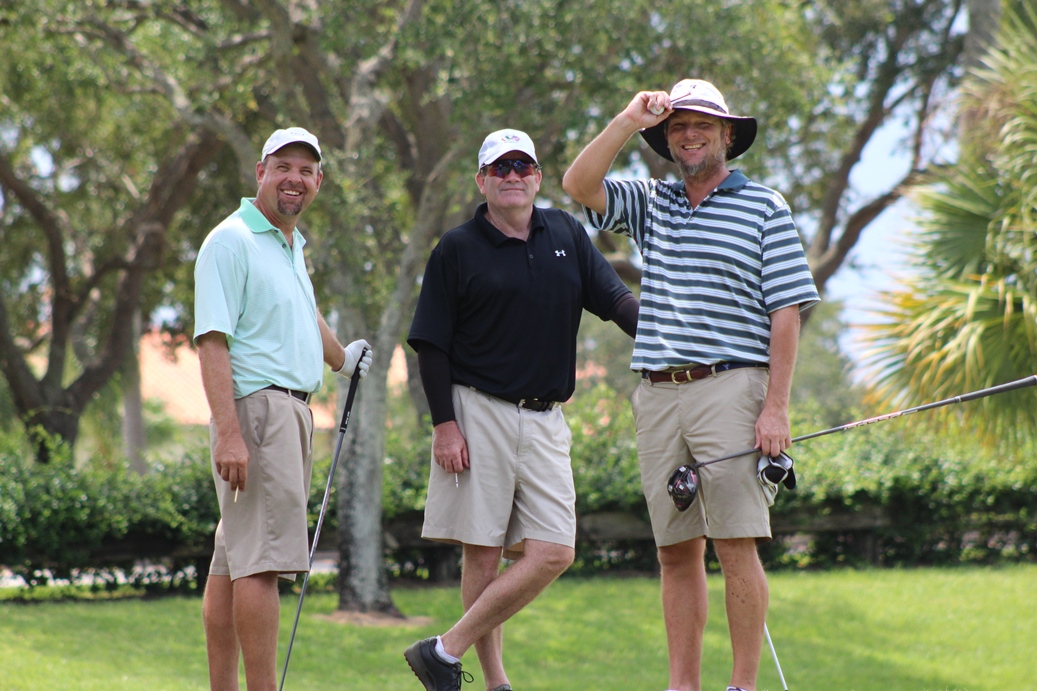 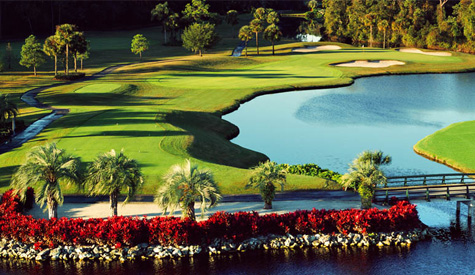 Practice Rounds and Practice Between Rounds

Practice rounds are available one week prior to the championship.

The Championship Committee is permitting practice on any competition course or part of any course on any day of or between rounds of the Championship. As a result, competitors are allowed to play a practice round on the course remaining to be played after the first round.

R J Nakashian of Palm Beach Gardens, shot 71-72-72--214 (-1) to win the 2016 Mid-Senior Championship at Mission Inn Resort in Howey-In-The-Hills. He edged out his good friend Stephen Anderson, who was the defending champion, by one stroke. Nakashian also won the 2014 championship.

Disney and Reunion accepts Cash or Visa/MasterCard for method of payment.

From the West or East on I-4; go on I-4 and take Exit 67 (Epcot Center Drive) and follow World Drive. Go toward Magic Kingdom on World Drive and go through the entrance plaza. Bear right after you go through the entrance plaza and turn left at the traffic light on to Seven Seas Drive (follow the signs to Shade of Green or the Magnolia/Palm Golf Courses - they are located at the same place) and take Floridian Way (pass the parking lots on your left). Turn right on to Floridian Way and then take a left on to Magnolia/Palm Drive and the clubhouse, parking lot and course will be on your right.