The inaugural Florida Women's & Senior Open is complete and it was professionals Sandra Changkija and Barb Bunkowsky who went wire-to-wire to win the Open division and Senior division, respectively.

Sandra Changkija began her day with a lead only former University of Florida standout, Samantha Wagner, able to catch her. Like usual, Changkija and Wagner came out of the game strong. Both birdied the first hole, however Samantha Wagner would go on to birdie the second to make a move towards the top spot. However, Sandra came back with a birdie on the third to get back her five stroke lead over Wagner. After the third hole, Sandra played consistent and parred her next six holes to make the turn at two-under par. Wagner, on the other hand, added one more birdie to her card to make the turn at three-under par, just four back of Changkija. 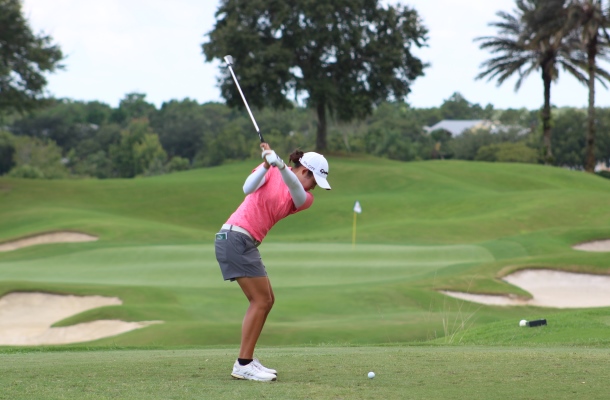 Heading to the 10th hole, Sandra hit an impressive approach just past the hole, yet missed her birdie putt to tap in for par. Wagner, on the down slope, hit her approach shot just short of the green, but using her exquisite short game, was able to chip up and tap in her par putt to remain four back. On the 11th hole, Changkija hit one of her first offline shots of the day and had a thirty-foot putt for birdie. With the door open, Wagner struggled on another downhill sloped approach shot and got herself plugged in the lip of the bunker. Upon looking over all her options, Wagner decided to take an unplayable and dropped inside the bunker. For Wagner, it looked like she could be facing her first double of the tournament, yet proving how reliable her short game is, almost holed out from the bunker for par. Tapping in a bogey putt, Wagner would drop one and move to five back of Changkija. With matching two-putt pars on the 12th, Wagner had the advantage on the 13th green after hitting her approach to just five feet. Changkija, showing her mental strength, rolled in her 15-foot sliding birdie putt, putting the pressure on Wagner. Yet, with a little too much speed, Wagner's birdie putt lipped out. Standing on the 14th tee, Changkija found the fairway again and had set herself up nicely for her lay-up shot into the par five. Wagner, after sending her drive sizzling down the fairway, pulled out her fairway wood and watched it roll to 15 feet past. Staring down her eagle putt, Wagner just misread it slightly but tapped in her birdie putt to put the pressure back on Changkija. She settled with a two-putt par yet remained comfortably ahead of Wagner heading into the final few holes. 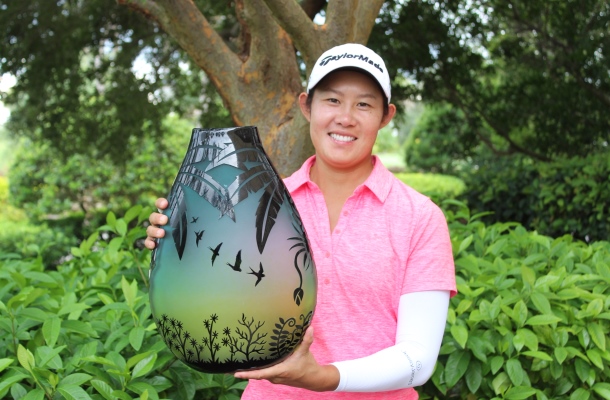 On the par-five 17th hole, Sandra would make her 20th and final birdie of the tournament after rolling in a short birdie putt after an impeccable wedge shot approach. On the final hole of the tournament, Wagner birdied to secure her second place finish with a stellar round of four-under par, 68. Sandra Changkija, on the other hand, rolled in her par putt to shoot her third consecutive round in the 60s and win the inaugural Florida Women's Open. Shooting a three-day total of 17-under par, 199, professional golfer, Sandra Changkija went wire-to-wire to win the Open division by five shots over fellow professional, Samantha Wagner.

The low amateur in the Open Division was Florida State University commit, Amanda Doherty. Doherty, who has committed to attend FSU in 2020, shot a two-under par round of 70 in today's final round to finish the tournament at one-under par and good enough to take medalist honors. In the Senior Open division, Barb Bunkowsky began her day with a lead that would eventually be relinquished to fellow professional, Carolyn Hill. Barb began her day well with a birdie on the second hole, however with an uncharacteristic triply bogey on the fifth hole, Barb would take a fall back to two-over par for the day. Making the turn at three-over par, Barb would then go on to bogey the 11th hole to get to four-over par for the day.

Meanwhile, Bunkowsky's playing partner, Carolyn Hill, was making major moves towards the top spot. Hill made her first birdie of the day on the par-three third hole then added two more additional birdies on the sixth and eighth to make the turn in red numbers after shooting a three-under par, 33. Hill made her first bogey of the day on the 10th hole, yet bounced back with a birdie on the par-three 12th hole. After the 12th hole, there seemed to be a match going on between Barb and Carolyn. 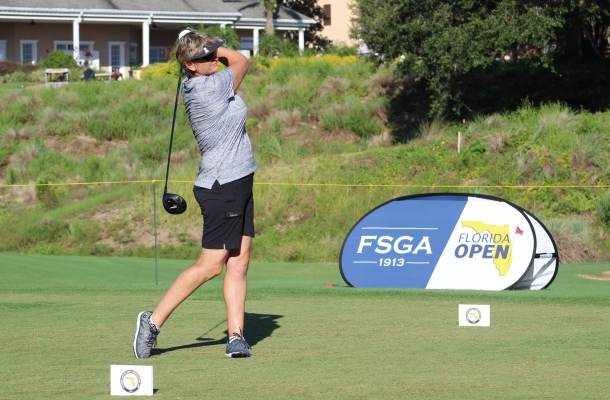 With Barb's comfortable lead gone, Carolyn Hill knew she still had a chance to win the Senior Open division. Showing her strength, Barb birdied the 14th and 17th holes to herself back to two-over for the day. Carolyn answered, however with a birdie on the 15th hole then a bogey on the 16th hole, Carolyn would head into the final hole one shot back of Barb. Both striped their drives down the fairway and Carolyn was first to play. Hitting her approach shot about 50 feet left of the hole, she put the pressure on Barb. After outdriving Carolyn, Barb unfortunately hit her approach too heavy, leaving her with a 40-yard up & down attempt. After Barb failed to make the up & down and settled for bogey, Carolyn rolled in her par putt to force a playoff for the champion title. On the first playoff hole, Barb hit three stellar shots to leave herself a birdie putt. After just missing her birdie putt, Barb tapped in for par, a good enough score to claim the title.

The low amateur in the Senior Open division is Tama Caldabaugh of Ponte Vedra Beach. Caldabaugh played consistent throughout her three rounds and finished in third place overall with an 11-over par, three-day total of 227.

Preview | Round One Recap | Round Two Recap

OPEN TO AMATEURS AND PROFESSIONALS OF ALL AGES


The Inaugural Florida Women's Open and Senior Open heads to Orlando in August of 2017 and will be played on Reunion's Watson and Palmer Courses. Players will play 18 holes on each course before a 36 hole cut is made. The final round will be held on the Watson Course. This Championship will give competitors a rare opportunity to play with some of the best professionals and amateurs from around the state, allowing great players from today and tomorrow to compete together on the same turf. Play with the best, learn from the best, and be the best.

Prior to the close of general entries: June 28th

After the close of the general entry period : June 29th

The purse will be distributed between the Open and Senior Open divisions based on entries. Players who make the cut, but fail to finish 54-holes, will receive the minimum payout. Professionals eligible for the Senior Open Division, but choosing to compete in the Open Division, are only eligible for prize money in the Division selected upon entry. Amateurs will receive their payment in the form of gift certificates redeemable to Reunion Resort. Practice rounds are available on a space available basis up until the first day of the Championship. The price for a practice round is $40.00 + tax and includes cart and range balls prior to the round. To schedule a practice round, call the Reunion golf shop at (407) 396-3199. The proper place to practice your golf swing is on the driving range, hitting multiple shots on the course is unacceptable.

Cart fees are included in the Championship Fee for all competitive rounds of the Championship. Players must utilize a golf cart for all competitive rounds. Caddies are permitted; however, parents, step-parents or guardians are not permitted to caddie, the caddie may not ride and the player's bag must remain on the golf cart. All players that choose to employ a caddie must adhere to the established FSGA Pace of Play Policy.

Imperial headwear will serve as the official hat of the Florida Women's Open & Senior Open.