The second Florida Women’s Open & Senior Open was hosted by Quail Creek Country Club, August 10-12. The top 52 professionals and 104 amateurs competed on both the Creek and Quail Courses in round one and two before making a cut to the top 63 players for the final round. Round one saw some red numbers at the top of the leaderboard. Defending Champion, Sandra Changkija, and Janelle Johnson tied for the early lead with a pair of 69’s.  Three players followed close behind one stroke from the top including Sandra Angulo Minarro, Guro Rambjoer, and Jessy Tang. 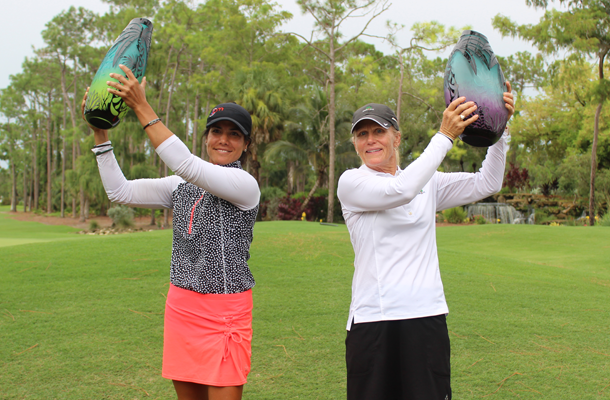 Despite the weather delays in round two the field was cut to 48 players in the Open Division, 22 professionals and 26 amateurs.  Sandra Angulo Minarro overcame Changkija to take the lead heading into the final round. Sandra, of Port Saint Lucie, posted an impressive second round of 68 to capture the lead by two strokes with a 138 (-6). Changkija posted a second round 71 to finish tied for second at 140 (-4) with Guro Rambjoer and Jessy Tang.

A second consecutive round of 68 sealed the victory for Sandra Angulo Minarro! Sandra, a professional who plays on the Symetra Tour and NWGA, played lights out golf posting rounds of 70-68-68 for a ten under-par total of 206. Four birdies on her front nine on Sunday followed by pars on the remaining holes earned Sandra Angulo Minarro her win! Defending Champion, Sandra Changkija, of Kissimmee, fell two strokes short of the win after rounds of 69-71-68—208. Laura Jansone and Luiza Altmann tied for third place at three under-par, 213. Four players finished in red numbers with the low professional, Sanda Angulo Minarro, crowned overall Champion! Dana Williams, of Boca Raton, earned the low amateur title after rounds of 72-70—217 (+1).

Susan Bond captured the early lead by two strokes after posting a steady 72 in round one. Familiar names tied for second place including Hiestand, Carson, and Keyer-Scott at two over-par 74.  After Saturday’s second round the field was cut to 15 players for the final round, including seven professionals and eight amateurs. Mary Jane Hiestand played steady in round two to tie Bond for the lead. Hiestand, of Naples, carded rounds of 74-75 to tie Bond at 149 (+5). One stroke behind after round two sat Kim Keyer-Scott with rounds of 74-76—150. It will be a tight race for the Championship in Sunday’s final round.

The final round ended with a three-way tie for the lead at a 227 (+11) total. Two amateurs, Kim Keyer-Scott and Mary Jane Hiestand, tied low professional Susan Bond. A sudden-death play-off would determine the second Senior Women’s Open Champion! The three players headed to the par four 14th hole where Keyer-Scott and Hiestand advanced after making two pars. Bond fell to a bogey on the first play-off hole removing herself from the play-off. Mary Jane and Kim continued to make pars on the next two holes, but after playing the 13th hole for the second time, Hiestand would come out on top. Mary Jane Hiestand can now add Florida Senior Women's Open Champion to her impressive resume of accomplishments!

The Florida Women's Open and Senior Open heads to Naples in August of 2018 and will be played at the best private club in the area, Quail Creek Country Club. Players will play 18 holes on each course before a 36 hole cut is made. This Championship will give competitors a rare opportunity to play with some of the best professionals and amateurs from around the country, allowing great players from today and tomorrow to compete together on the same turf. Play with the best, learn from the best, and be the best. For a look at the 2017 Championship results click here. 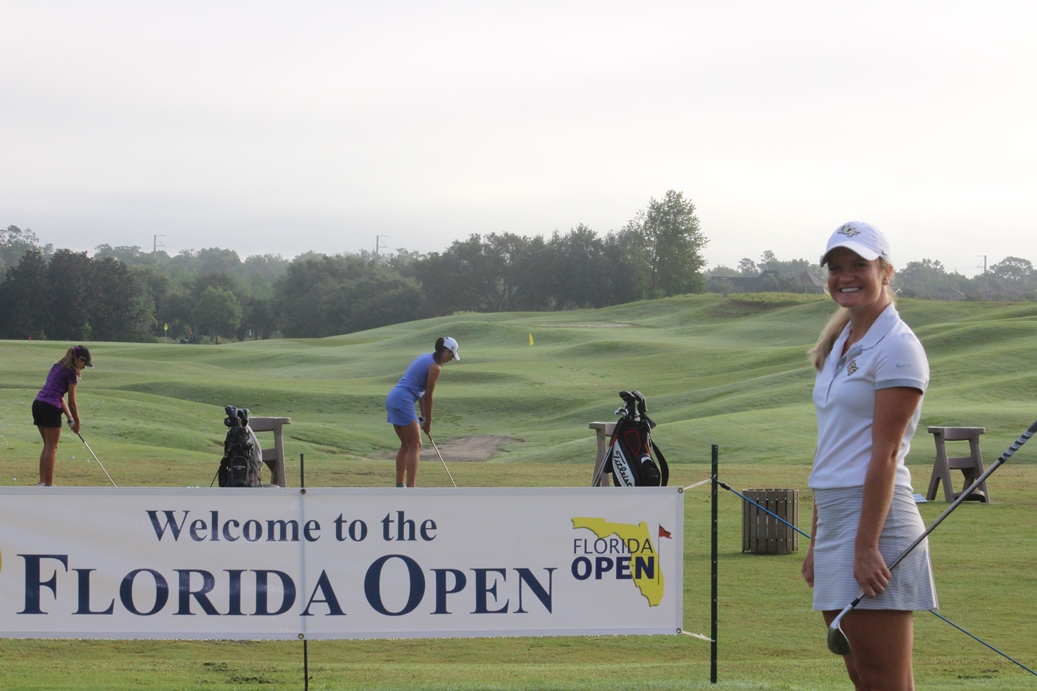 Prior to the close of general entries: July 17th

After the close of the general entry period: July 18th 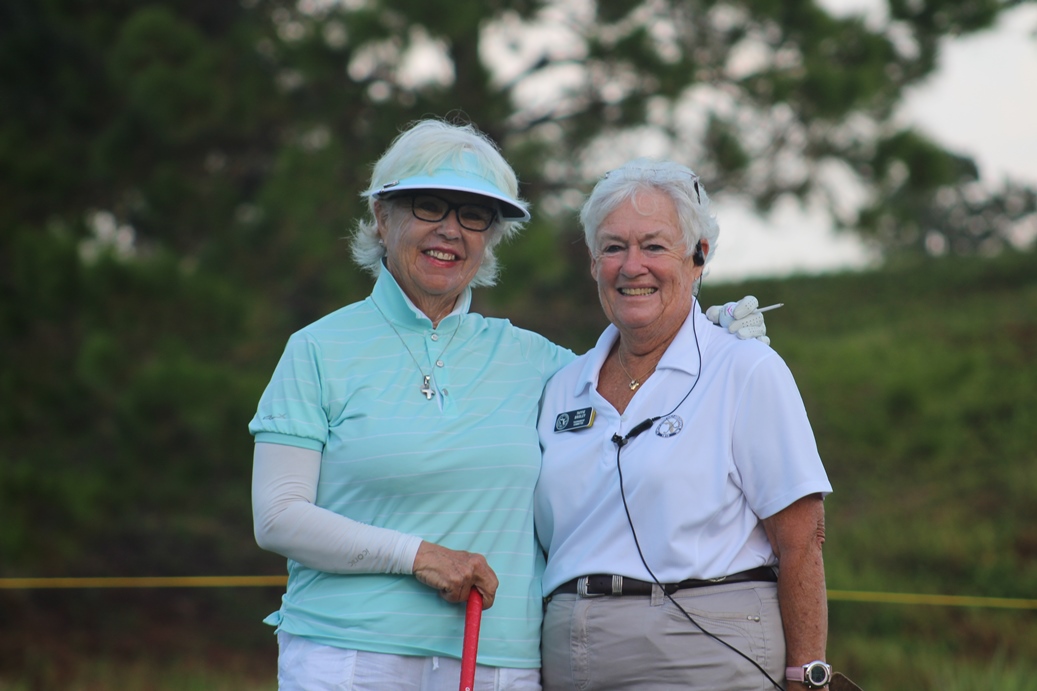 The purse will be distributed between the Open and Senior Open divisions based on entries. Players who make the cut, but fail to finish 54-holes, will receive the minimum payout. Professionals eligible for the Senior Open Division, but choosing to compete in the Open Division, are only eligible for prize money in the Division selected upon entry. Amateurs will receive their payment in the form of gift certificates redeemable to Quail Creek Country Club 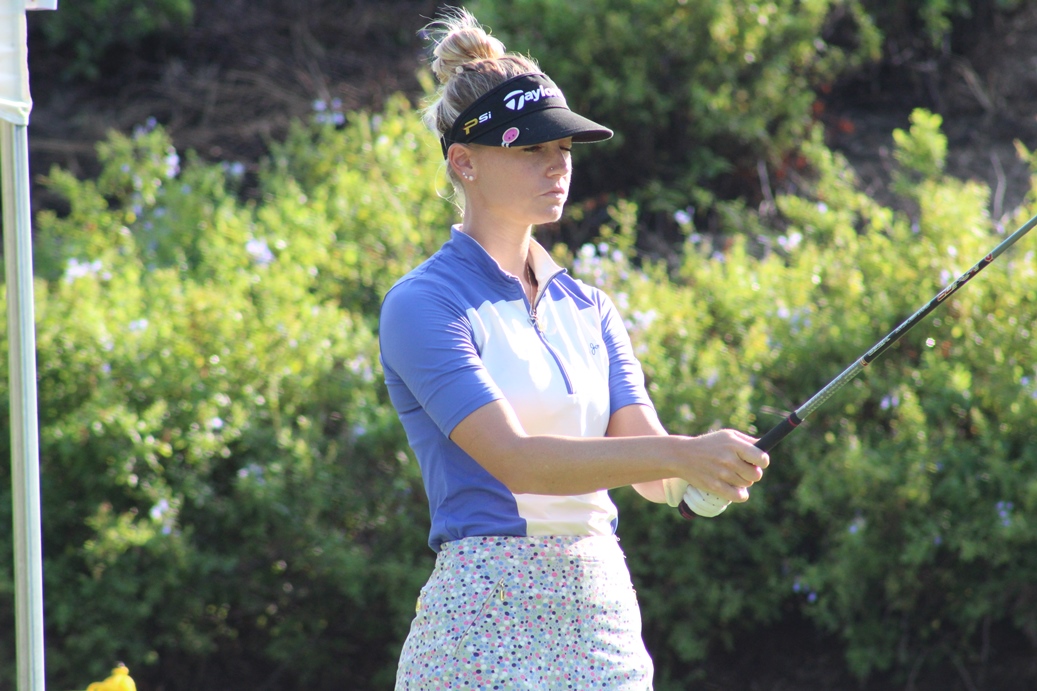 Practice rounds are available on a space available basis up until the first day of the Championship. The price for a practice round is $30.00 + tax and includes cart and range balls prior to the round. To schedule a practice round, call the Quail Creek golf shop at 239-597-2900. The proper place to practice your golf swing is on the driving range, hitting multiple shots on the course is unacceptable. 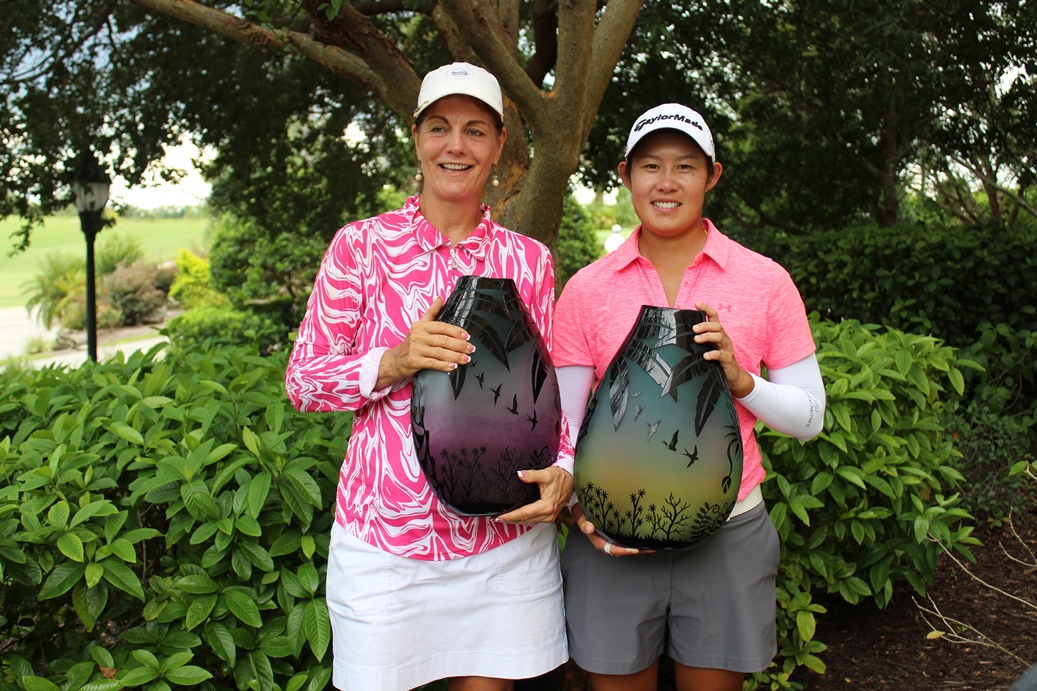 In the Senior Division, Barb Bunkowsky and Carolyn Hill found themselves tied for the lead after finishing the tournament with a 221 total. One play-off hole was all it took for Bunkowsky to solidify her victory.