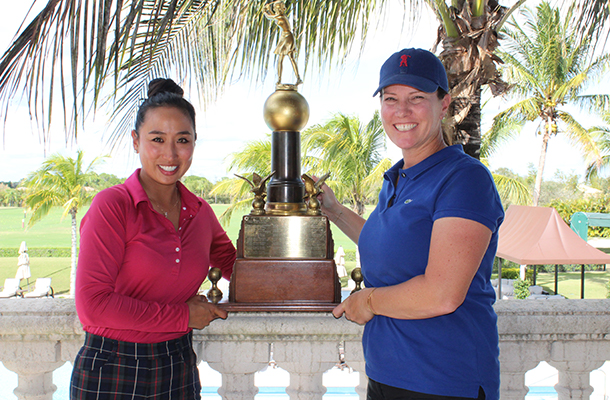 WELLINGTON, Fla. ­— Ina Kim and Meghan Stasi captured the win at the 72nd Women’s International Four-Ball Championship on Thursday at The Wanderers Club. The pair shot a pair of 69s during the two-day event to finish at 6-under 138.

This was Stasi’s fifth International Four-Ball victory and her first since 2014, when she won with partner Tara Joy-Connelly. Kim was a first-time winner.

Three teams were tied at the top of the leaderboard following the first round on Wednesday. Kim and Stasi, Katie Miller and Lauren Greenlief, and Megan Buck and Shannon Johnson all posted a 3-under 69 in the first round.

Defending champions Miller and Greenlief pulled into an early lead on Thursday, after a birdie on the second hole by Miller. The pair carded a bogey-free front nine to hold the lead heading into the final nine. Johnson, the 2018 U.S. Mid-Amateur champion, birdied the 10th hole to put her and Buck into a tie for first place.

Kim and Stasi made the turn at 2-over on the day after bogeys on the eighth and ninth holes.

The two Florida natives recorded six birdies to propel themselves back to the top of the leaderboard. Stasi birdied the 10th hole, while Kim went on a run, birding five of the next seven holes.

The pair bogeyed the 18th to post a final-round 69 and secure the win.

Miller and Greenlief took second place, finishing with a 4-under 140, while Buck and Johnson took third place at 2-under 142.

In the middle division, Christine Martin and Patrisa Handley took home first place, carding a 9-over 153. The pair shot a 6-over 78 in the first round and secured the win with a 3-over 75 in the final round.

Jennifer Fox and Patti Petersen were victorious in the middle first division, finishing the championship with a 19-over 163. Fox and Petersen posted a 6-over 78 on Wednesday and finished with a 13-over 85.

Please join us for the 72nd Women's International Four-Ball to be conducted at The Wanderers Club in Wellington, Florida.  This historic championship is being held at one of the finest clubs in Palm Beach County and is the last stop on the Orange Blossom Tour. The Orange Blossom Tour consists of the Harder Hall, SALLY and Ione. Jones/Doherty.  For a look at the 2018 Championship Results click here. 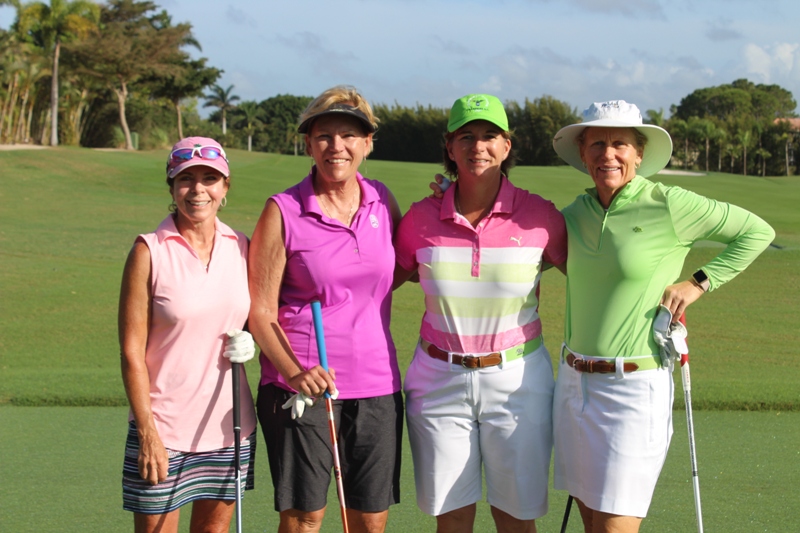 Entry fee includes all competitive rounds of golf, tee gift, Tuesday evening cocktail reception with heavy hor d'oeuvres (cash bar), breakfast before and lunch after both Wednesday and Thursday's rounds, and gift certificate prizes. Late entries will be accepted subject to a $10 late entry fee should the team gain acceptance into the field.

The Committee reserves the right to accept Non-Exempt entries into the field based upon an applicant's or team's exceptional playing resume. 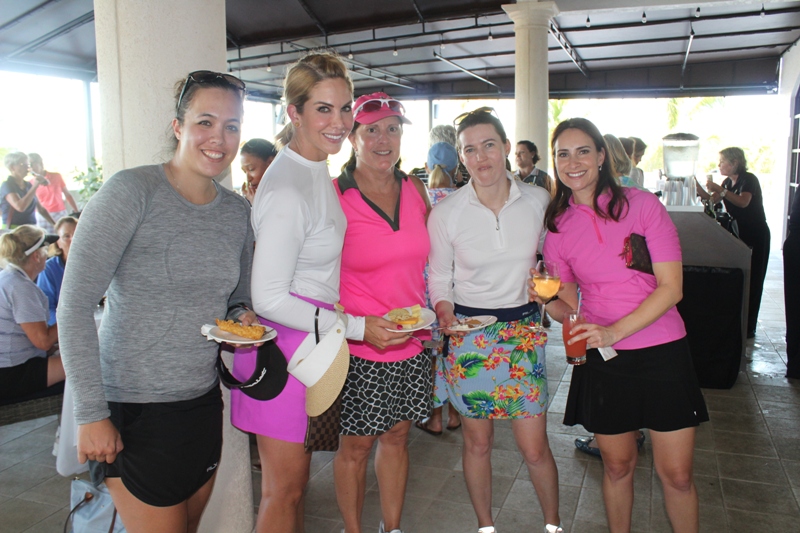 (both players must meet one of the following criteria) 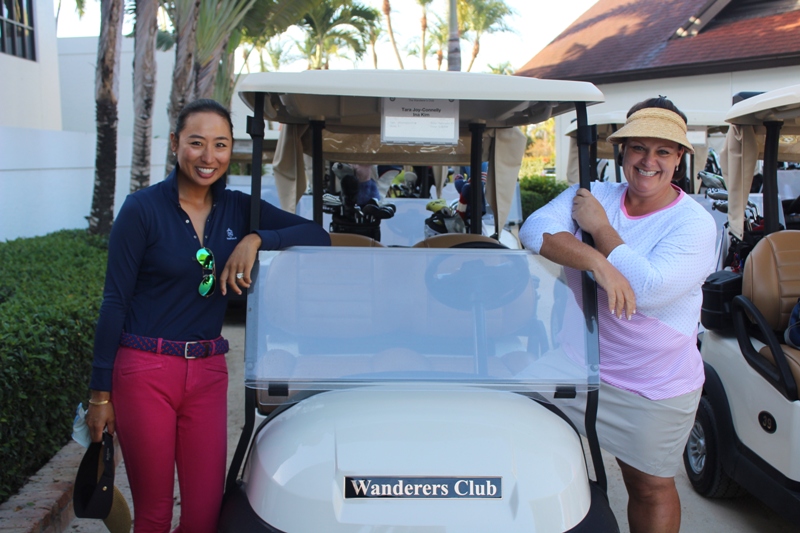 Championship Division – The overall Champion will be the team with the lowest total score.  In the event of a tie for first place, there will be a hole-by-hole sudden death play-off on a hole designated by the Committee to determine the Champions.

The valid USGA Handicap Indexes used will be from the February 1, 2019 revision.  Each player must have a valid USGA Handicap Index no higher than 18.0 at time of entry.  However, all teams must have a combined team handicap of 14.0 or less at time of entry in order to gain entrance into the field in the Championship Division. Teams must choose which division they wish to compete in upon entry; the Championship or Middle Division. 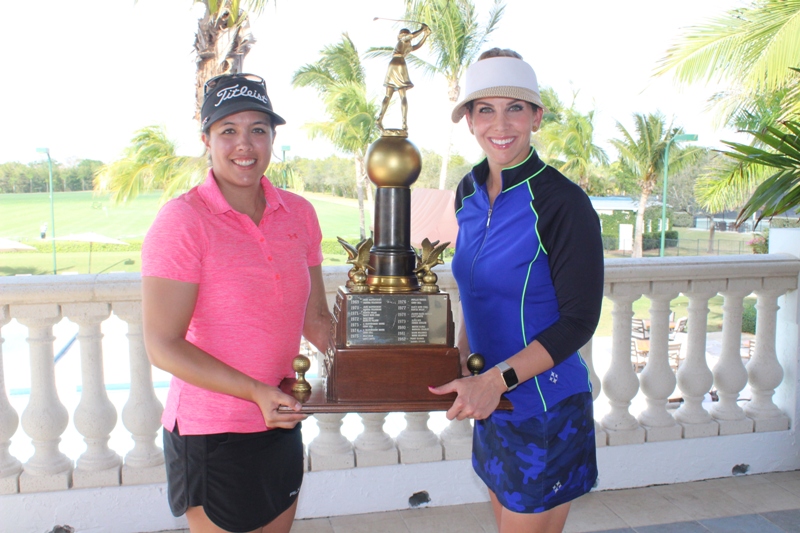 Defending Champion Katie Miller and partner Lauren Greenlief posted the tournament low score in round two to capture the win by five strokes.Three birdies on the front nine confidently carried the duo into the final nine holes. Miller birdied holes 11, 13, and 14 while Greenlief birdied 12 and 17 to finish eight under-par 64. A strong finish sealed the victory at nine under-par 135.

As the fourth championship in the Orange Blossom Tour that includes the Harder Hall Women's Invitational, the South Atlantic Amateur (SALLY), and the Ione D. Jones/Doherty Championship, the Women’s International Four-Ball carries a tremendous amount of history and prestige. First conducted in 1945 by the Jaycees of Hollywood, Florida, the early championships included the names of Babe Zaharias, Louise Suggs, Peggy Kirk-Bell, and other notables.