Doug and Jaime Ritter, the two-time defending champions and first round leaders, shot 63-71--134 to place second, and KC and Tama Caldbaugh came in a close third with 69-67--136. Full Story

Hobe Sound Golf Club is a member-owned Joe Lee signature course designed around preserved wetlands and massive oak hammocks.  Established in 1988, the magnificent 6,664 - yard course poses a challenge for all levels of play.

36 holes of four-ball stroke play.  Teams are flighted after first round score.

Day one and two will consist of an 8:30 shotgun.

Practice rounds are available one week prior to the championship.  Practice rounds may be played after 12:00 PM on the weekends. The price for a practice round is $35.00 + tax. Please call (772) 546-4600 to arrange your practice round. The proper place to practice your golf swing is on the driving range, hitting multiple shots on the course is unacceptable. 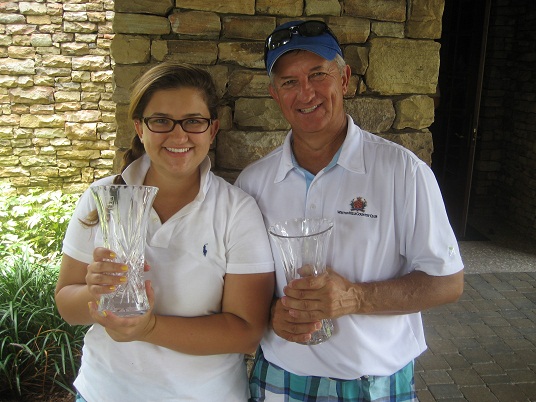 Doug and Jaime Ritter shot a combined total of 14-under par to win the Summer Mixed Team Championship at The Ritz Carlton Member's Club, Bradenton.

Please click on the Hotel icon for hotels in the Hobe Sound area.