Entry fee includes all competitive rounds of golf, tee gift, and gift certificate prizes. Late entries will be accepted subject to a $10 late fee should the entrant gain acceptance into the field.

Due to the nature of this match play event, and to ensure that all players have a match to compete in, a player who withdraws during the competition (including the stroke play seeding round) will be assessed a $100 fine. It is unfair to your fellow players who spend their own time and money to travel to the Championship, and are subsequently left to sit in their hotel room because another player has chosen to withdraw out of frustration or an undesired seeding position or first round loss. When entering the Championship, please take this into consideration. If you believe you cannot fulfill the tournament schedule, please leave the spot open for another player.

Note: Not all players will advance to the final day

The previous year's Champion and Runner-Up will be held a spot until the first Monday of November.

In order to eliminate byes and accommodate match play brackets, the Committee reserves the right to adjust the number and size of flights in each division based on groups of eight (8) entries.

Players will be flighted and seeded based on the following criteria: 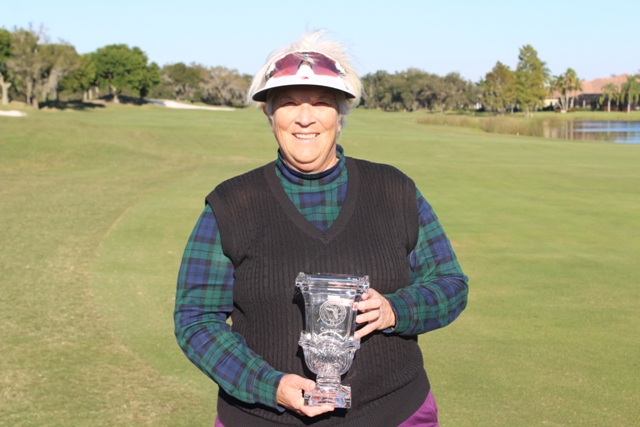 Sherry Herman was the number three seed following the stroke play seeding round. After two big wins of 7&6 in the Round of 16 and Quarterfinal matches, she secured her spot in the final match defeated past champion Mary Jane Hiestand, 4&3. In the final match against Kathy Glennon, the pair was tied going into 17. Sherry drained a 30 foot birdie putt to go 1 UP with one hole to play. A bogey on 18 secured the victory, 2 UP.  Click here to view the previous year's results.

There is no host hotel at this time.