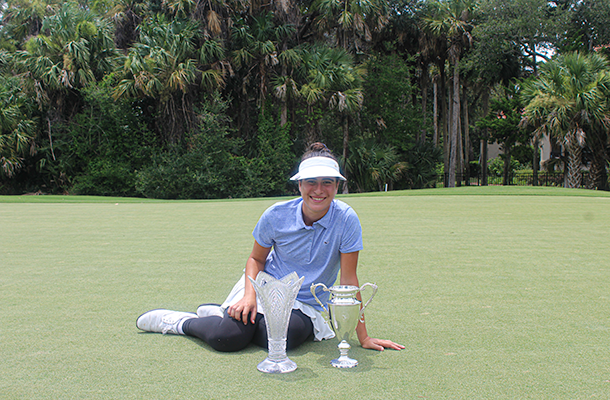 "It feels great," Nachmann said. "I knew I was playing really well coming off that great finish at the Women's Amateur. I just told myself to keep doing what I was doing, and I did that. I played my game, stayed consistent. It got a little close at the end, but I managed to finish it out and I'm just super happy. "

Nachmann, who will be begin her second year at the University of Pennsylvania in the fall, began the final round with a four-shot lead, after firing a 4-under 68 on Saturday to take the 36-hole lead, finishing the day with six birdies. The Boca Raton native got the final round started with a 1-over front nine.

Nachmann ran into some trouble on the back side, playing Nos. 13-15 at 3 over. But she turned it around, rolling in a birdie putt on the 16th to extend her lead to two shots. She secured the championship with a final-round 76.

This is the fourth FSGA championship for Nachmann, who has previously captured the Mixed Shoot-Out, Summer Mixed and Women's Four-Ball. Her win at the WOmen's Amateur Stroke Play marks her first individual FSGA win.

Elizabeth Kondal took home a runner-up finish, putting together rounds of 69-76-70 to post a 1-under 215. Carla Alvarez Perez and Kim Benedict finished the weekend in a tie for third place at 1-over 217.

Benedict’s first-round 68 and Nachmann’s second 68 were the low rounds of the championship. 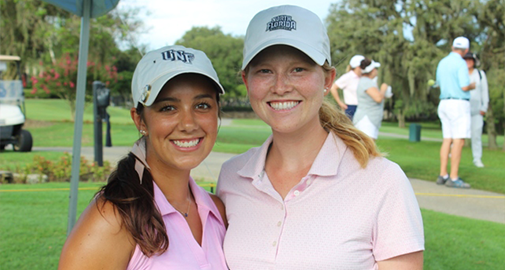 Entry fee includes all competitive rounds of golf, tee gift, awards luncheon after the final round, and gift certificate prizes. Late entries will be accepted subject to a $10 late fee should the entrant gain acceptance into the field.

Prior to Close of Entries

*Since the 2020 Stroke Play Championship was canceled, we will be using the Women's Amateur standings for 2020

After Close of Entries

The FSGA may hold an undisclosed number of spots for exceptional circumstances. 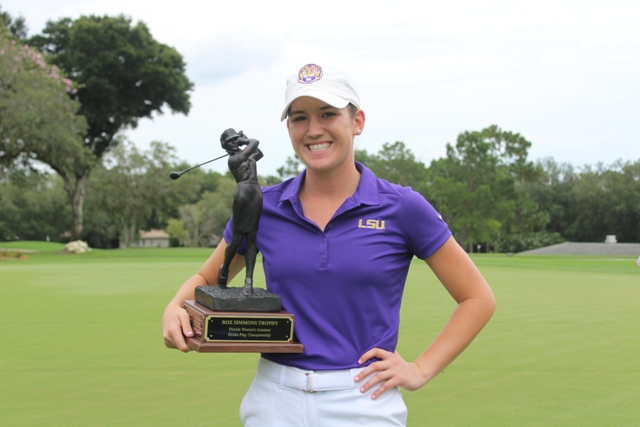 A down to the wire finish crowned Kendall Griffin Champion of the 25th Women's Amateur Stroke Play Championship. Griffin chipped away at an eight stroke deficit with birdies on holes five, six, and nine. Three precise shots landed Griffin eight feet for birdie on the 18th hole. After making only 10 putts on her first nine holes, Griffin confidentially rolled in her birdie putt to take the outright lead. Click here to view 2019 year's results. *The 2020 championship was canceled due to COVID*

Practice rounds are available one week prior to the Championship and after 12:00 PM the weekend prior on a space available basis. The price for a practice round is $35.00 + tax. Please call the golf shop at 904-277-5908 to arrange your practice round.  The proper place to practice your golf swing is on the driving range, hitting multiple shots on the course is unacceptable. 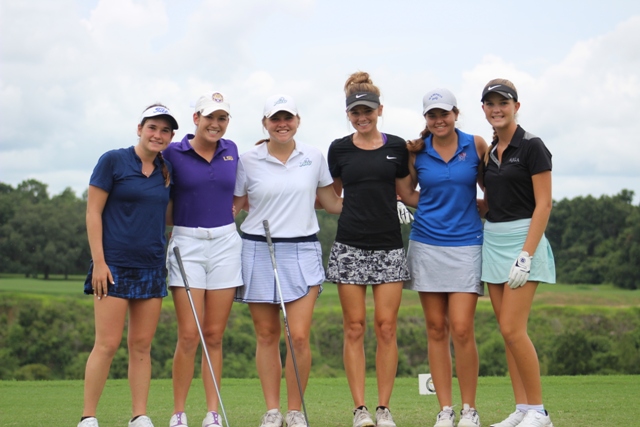 The Amelia Island Club at Long Point accepts all major credit cards. The golf shop does not accept cash.