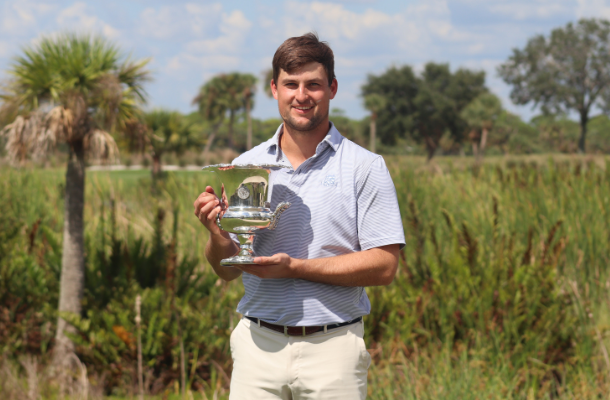 2010 & 2011 Mid-Amateur Champion Stephen Anderson, of Hobe Sound lead the way with a 66 (-4). He paired 6 birdies along with two bogeys.  Brian Bassett, of Naples & Brandon Smith, of West Palm Beach, owned the morning wave, both opening with 67 (-3), and were joined in the afternoon by Matt Galloway, of Tampa & Jay Halverson, of Saint Petersburg. Halverson had the highlight the afternoon, making an ace on the par 3, 2nd!

Mother Nature played more of a factor in Saturday's second round. Players in the AM wave faced the challenge of a passing shower around 10:30 AM that frustrated many for two to three holes, and a wind shift that brought blustery winds all afternoon gusting in the low twenties.

Brian Bassett (-5) takes the lead 36 holes, with birdies on #'s 15 & 16; while Charles Castellano, of Miami, sits one shot back with a bogey on #18 at -4.  Brandon Smith, Ryan Prokay, of Bradenton & Spencer Provow, of Murfreesboro, TN, sit at -2, three behind, while round 1 leader, Stephen Anderson is at -1, alone in 6th. 2020 Mid-Amateur Player of the Year, Joey Latowski is at even-par, tied in 7th alongside, 2019 Champion Devon Hopkins, of Atlantic Beach and Blanton Farmer, of Bradenton.

The field was cut from 144 to the low 60 & ties after Saturday's second round. Exactly 60 players finished at nine over-par, 149, or better and would play Sunday morning.

Sunday saw the wind blow again, bur out of a different direction than Saturday. Charles Castellano would cut into Brian Bassett's lead early, birding the 1st to tie it, then the 3rd hole to move to -6. Basset's bogey on 4, along with Castellano's eagle on the par 5, 5th, would see the lead grow to four strokes, as Castellano would reach -8 for the Championship, while Bassett was at -4.

An untimely drive on the par 4, 9th by Castellano would find the penalty area, and ultimately lead to a double-bogey, 6; shrinking the lead from 4 stroke to just 2. Another bogey on the challenging par 4, 11th saw it fall to just one stroke over the second round leader.

The par 3, 12th would bring a pivotal three shot swing and change all the momentum in the Championship. Castellano would convert for a birdie, 2, while Bassett faltered making a double-bogey; seeing Castellano's lead back up to four strokes.

While Bassett continued to struggle through the closing six holes, Castellano hit fairways and got on or around greens making six par's in the challenging conditions, to close with his third consecutive 68, and post the lowest round of the the on Sunday.

The Mid-Amateur Stroke Play Championship is a great opportunity for golfers 25 years old and up to get away and compete in a highly competitive 54-hole championship for working men, without the rigor of competing against top junior and college golfers. 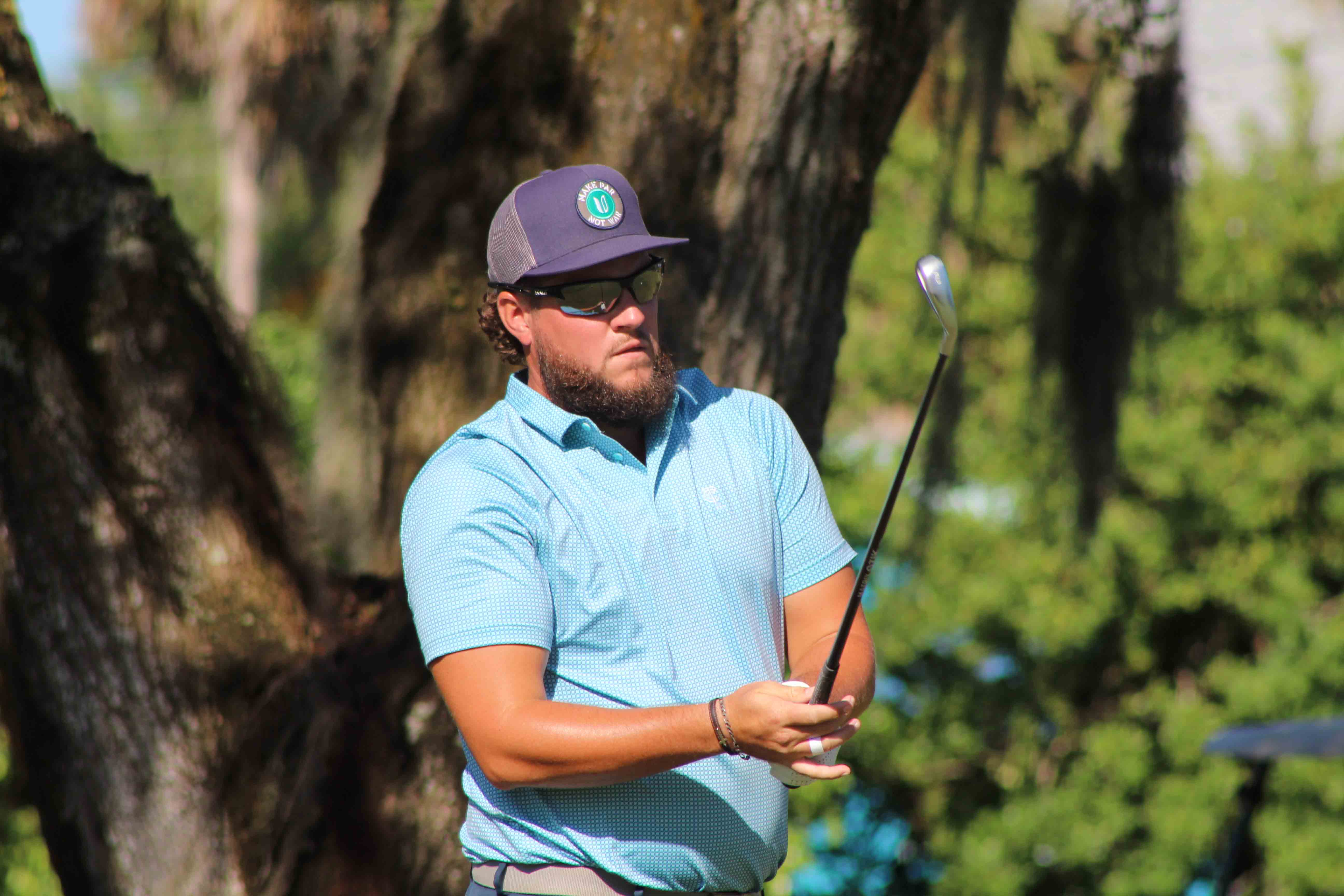 The FSGA Championships Committee reserves the right to hold the final 10 spots in the field until the close of entries for past champions of this event, current year champions of other events, and those in contention for end of the year points list honors.

Practice rounds are available one week prior to the championship. Practice rounds may be played after 12:00 PM on the weekend. The price for a practice round is $30.00 + tax. Please call 941-697-9100 to arrange your practice round. The proper place to practice your golf swing is on the driving range, hitting multiple shots on the course is unacceptable. 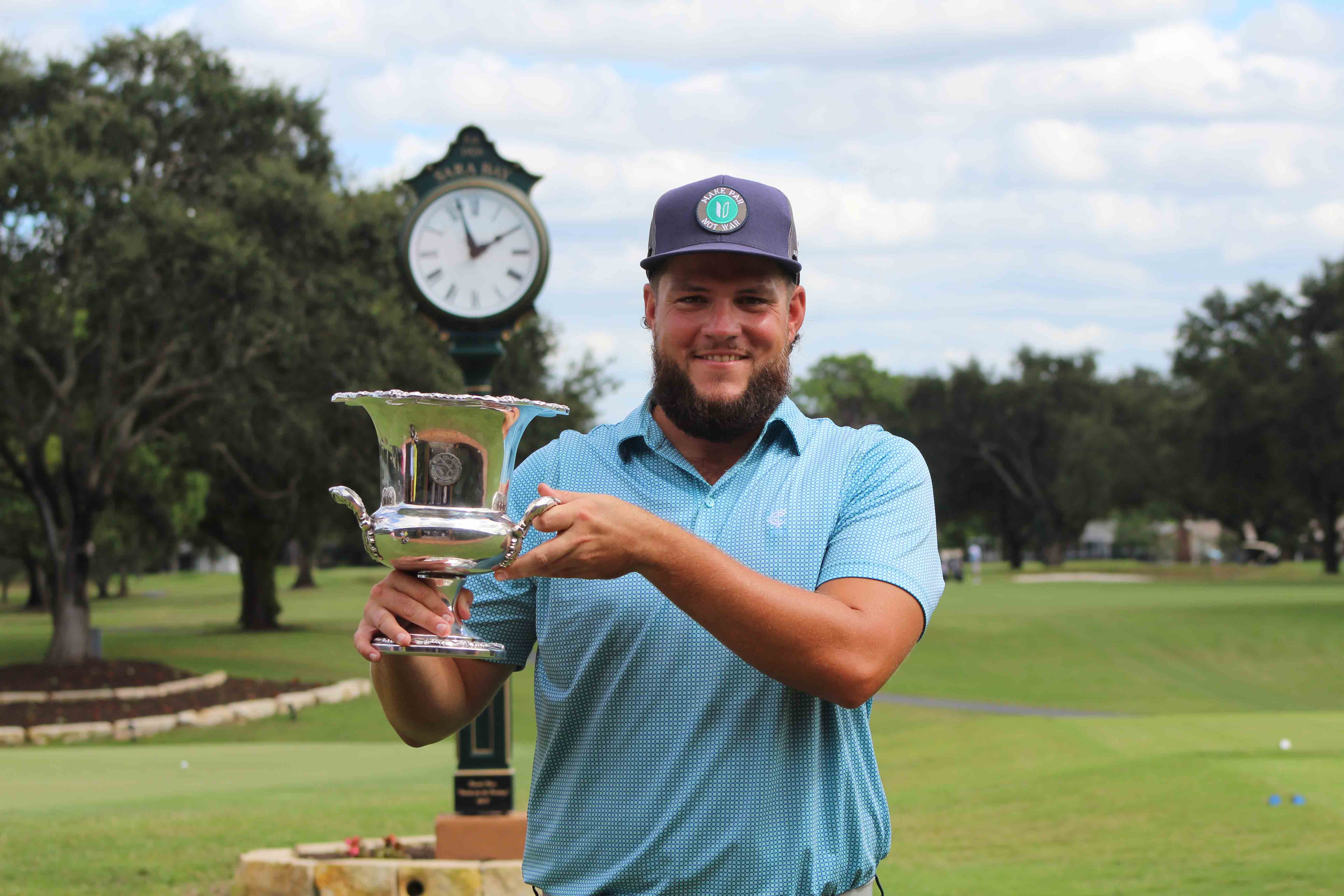