Jaramillo and Freedman win at LPGA 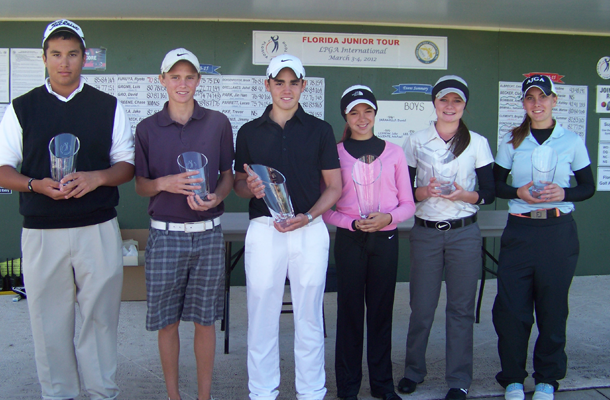 Daniel Jaramillo, of Bradenton, posted a tournament total of two-over par 146 to capture his first career FJT title. Jaramillo fired an impressive first round of two-under par 70, to find himself in a three way tie for the lead heading into the final round. Jaramillo carded a final round of four-over par 76 to win by two strokes. Gabriel Lench, of Lake Mary, and Kyler Tate, of Winter Garden, finished tied for second place with a tournament total of four-over par 148.