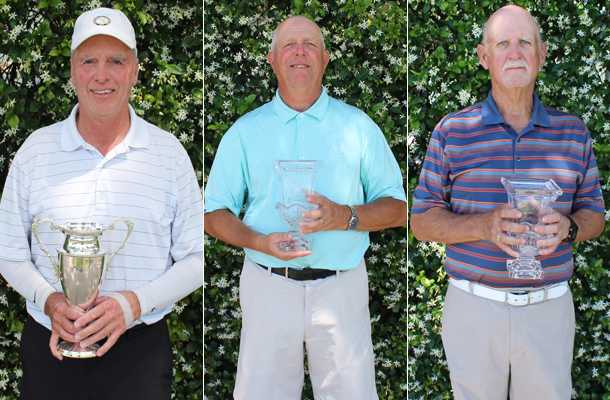 The 65 & Over division got off to a roaring start, with two players finishing round one under par. Bobby Lundquist, of Sanford, shot a first round 69 to take the lead by two strokes over Bruce Scamehorn, of Winter Haven, who fired a one-under 71. A host of players sat a few strokes behind Lundquist and Scamehorn, one of which was 2013 Senior Player of the Year, Doug LaCrosse. LaCrosse is a staple on the Senior circuit, posting Top Ten finishes in all but one tournament so far this year. After the second day of the Championship, LaCrosse was in solo fourth place, sitting just two shots back of the leader Bobby Lundquist. With a lot of past Championship experience, LaCrosse teed off on the final day of the Championship with one goal in mind; to win. He would go on a birdie/bogey stretch on holes two through six to find himself at one over-par coming into the ninth hole. He would go on to birdie nine, posting a front-nine score of 36. After making pars on the first four holes of the back nine, LaCrosse birdied the par five 14th hole, only to make bogey on the following hole. He would finish with three straight pars to shoot a final round 72, and claim his first Super-Senior Championship title. Donald Staton, of Boca Raton, finished in second place, one stroke behind LaCrosse. First and second round leader Bobby Lundquist finished third after a final round 77.

In the 70-74 age division, Jack Heinemann, of Green Cove Springs, carded five birdies in his first round to seize the lead with a one under-par 71. Three players finished tied for second place with a 73 including, Randy Briggs, Jack Ramsey, and Jim Mason.  Heinemann began his second round vying for his first FSGA Championship win but fell to a tied for seventh finish after a second round 84. Meanwhile, Jim Mason broke from his tie for second place to capture first place by one stroke. Mason, of Freeport, had one birdie in the final round en route to card a 76 and 149 (+5) total. Randy Briggs remained tied for second with Pat Vincelli and Paul Nunez at 150 total. Mason has won several one-day events but has now earned his first FSGA Championship victory.

Edward Craig birdied his 17th hole to take the lead by one stroke over defending Champion, Jim Pfrogner, after round one. Craig, of Orlando, posted a first round 74 while Pfrogner sat one stroke back with a 75. Brian Sachs and Phil Leckey finished in third and fourth place respectively with rounds of 76 and 77. Craig, who won the 70-74 age division in 2016, was ready to take his crown back from Pfrogner in the final round.  Scoring the lowest round of the division, Craig achieved a wire-to-wire victory with an impressive second round even par score and 146 (+2) total. Craig carded three birdies in the first four holes to jump start his final round and add a second Super-Senior victory to his resume. Pfrogner remained in second place, five strokes behind, with a 151 (+7) total.

Join us in a reunion of golfers 65 years of age and older competing in one of our most popular events. The Super-Senior Championship offers a competitive Championship environment for golfers in a stroke play scratch format with three different age divisions from three different sets of tees. Enjoy a player's dinner on the eve of the first round and lunch each day included in your entry fee. For a look at the 2017 Championship Results click here. 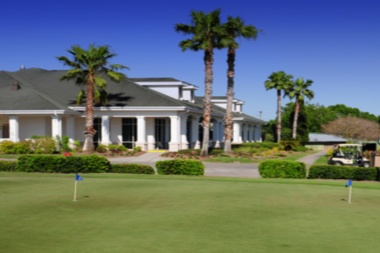 New for 2018
At time of entry, players must select which division in which to play. A player of any age may select the 65 & Over division and must play from the longer tees. Otherwise, players are required to play in the age division commensurate with their age as of the first day of the Championship.

Players may not play in multiple age divisions. The golf course will be set-up at approximately: