Rick Woulfe, of Fort Lauderdale, earned the 19th seed after posting a 78-72--150 in the stroke play qualifying to advance to match play. In the first round, Woulfe defeated Rob Maddox, of Lynn Haven, 1 up in the round of 32, and then bested the 3rd seed, Thad Hudgens, of Longwood, 3 & 2, in the round of 16. Woulfe then defeated the 2005 Champion Jon Veneziano, of Mount Dora, 7 & 6 to advance to the semifinals.  Woulfe then ousted Chad Frank, from Sanford, in the semifinals 3 & 2 to secure his spot in the finals versus Daniel Debra.

The final match went back and forth with Woulfe prevailing to a 2 & 1 victory. Woulfe captured his first Mid-Amateur Championship on Sunday to add to his unbelievable Amateur golf resume. Woulfe will look to keep the momentum going this upcoming week at the Senior Four-Ball Championship where he hopes to defend his title with partner Bob Ethridge.

To be eligible for the State Mid-Amateur, participants must be 25 years of age or older as of October 4, 2012. Players attempted to qualify at one of seven sites in 18-holes of stroke play. The Championship consists of 36-holes of stroke play qualifying over the first two days with the lowest 32 advancing to the match play portion of the event to determine the champion.

The unique west course of John's Island Club, located within a six-mile drive of the community on over 300 acres, features its own Clubhouse and is ranked among the most challenging in the nation. Distinguished by undulating hills, towering Sand Pines, the absence of fairway homes and man-made berming, it is an outstanding example of how nature and remarkable golfing can successfully co-exist. 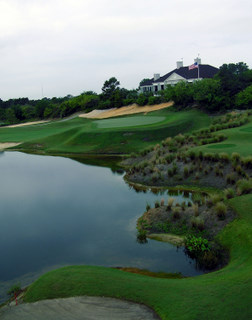 $75 ($85 - members who do not have an active FSGA/GHIN Handicap). Qualifying Fee includes Entry Fee and cart fee. Those individuals who advance to the Championship through qualifying must pre-register and remit an additional $125 online at www.FSGA.org under the "My Account" section, which can be located in the top right hand corner of the web-page.  Payment must be received by Thursday, September 27 by 3:30 pm, or the individual will be withdrawn from the Championship. Championship Fee includes cart fees for all competitive rounds

$175 ($185 - members who do not have an active FSGA/GHIN Handicap). Exempt Fee includes Championship Fee and Entry Fee for those individuals eligible for exemption. (See below)

36 Holes of individual stroke play; 18 each on Thursday, October 4th and Friday, October 5th to identify the low 32 for match play.  There will be a hole by hole play-off to determine the last qualifier's place in the Championship immediately.  All other ties for seeds will be broken randomly.  The match play round of 32 will begin Friday afternoon after all of the cards have been accepted by the Committee. The match play round of 16 will be played on Saturday morning, the quarter-finals on Saturday afternoon. The semi-finals will be played on Sunday morning and the Championship match on Sunday afternoon.

Qualifying rounds are 18 holes stroke play at eight different qualifying sites.  During qualifying, each player must use a golf cart.  Caddies are acceptable, but he/she may not ride in a golf cart or carry the player's clubs.  Players are responsible for cart fees for all practice rounds. 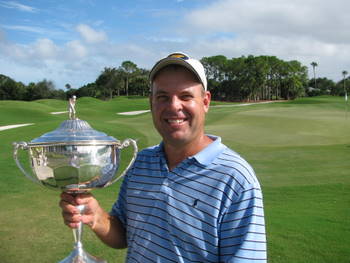 The cost of a practice round, including range balls and cart, is $30 plus tax.  Starting times for your practice round can be arranged by calling the club.  You may not make your practice tee time before groupings are made.  Groupings will be made on Thursday, September 20th and faxed to the club that morning. John's Island Club telephone number is (772) 231-8613.

The new entrance to John’s Island West, is accessed by turning North on 58th Avenue where it intersects with CR 510. If you are using GPS please note this information as you may be taken to the old entrance which is no longer viable.