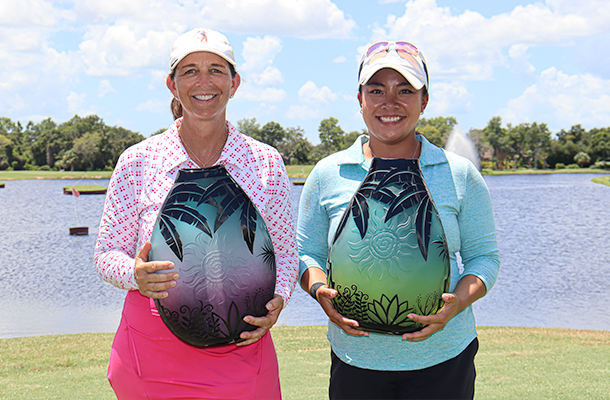 SARASOTA, Fla. – It was Mariel Galdiano and Jackie Gallagher-Smith who raised the trophies at the Florida Women’s Open and Senior Open Championship on Sunday at Heritage Oaks Golf & Country Club. Both professionals, Galdiano and Gallagher-Smith, took home the first place checks of $7,600 and $4,800, respectively.

Galdiano birdied the 17th to secure the one-shot victory in the Open Division, finishing the championship at 8-under 206. Gallagher-Smith took home the victory in the Senior Division at 4-under 210.

Beginning the final round in a tie for the lead, Galdiano got off to a quick start with a birdie on the third to take the solo lead at 6 under. Jean Reynolds, who started the day one back of Galdiano and Elizabeth Moon in a tie for third, birdied back-to-back holes on the third and fourth to pull into a tie for first with Galdiano.

Reynolds added two more birdies on the sixth and eighth to take the solo lead at 8 under and a two-shot lead over Galdiano and the field. After bogeys to start the back side for both Galdiano and Reynolds, Galdiano rattled off two birdies on the 12th and 13th to pull back into a tie for lead with Reynolds.

Galdiano rolled in a short birdie putt on the par-3 17th to take a one-shot lead with one hole left to play.  The Espon Tour member secured the victory with a par on the 18th to capture the Florida Women’s Open title at 8-under 206. She finished the championship with rounds of 69-69-68.

Reynolds took home a runner-up finish, ending the championship with rounds of 69-70-68 to post a 7-under 207. Galdiano and Reynolds were the lone players in the field to card three under-par round for the week.

Gallagher-Smith secured the three-shot victory with a 4-under 210 for the championship. Green finished with a runner-up finish at 1-under 213, after rounds of 71-70-72. Leta Lindley took third place at even-par 214.

Susan Cohn secured Low-Amateur honors in the Senior Division, ending the championship 12-over 226.

This Championship will give competitors a rare opportunity to play with some of the best professionals and amateurs from around the country, allowing great players from today and tomorrow to compete together on the same turf. Play with the best, learn from the best, and be the best. 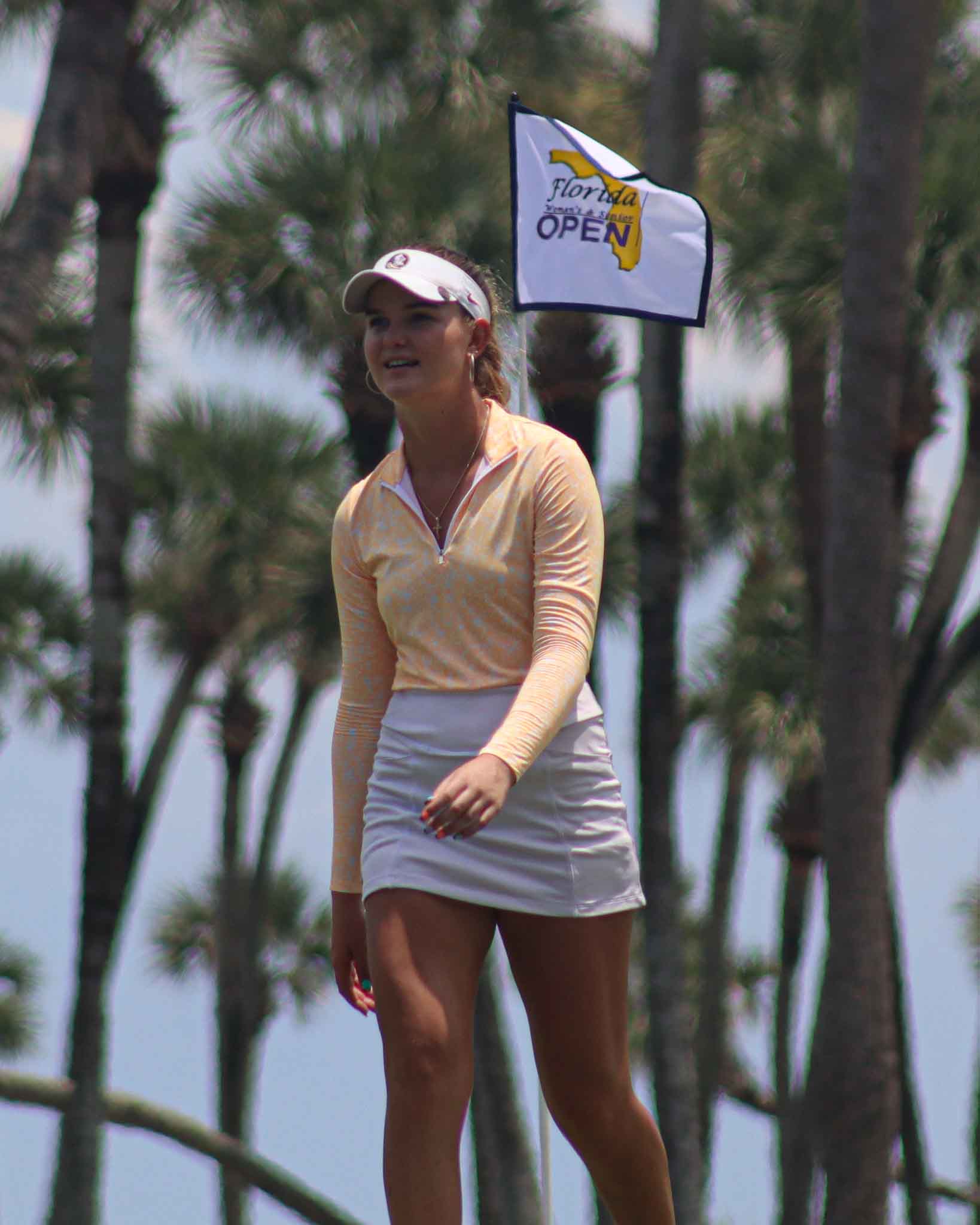 Prior to the close of general entries: July 13th

After the close of the general entry period: July 14th 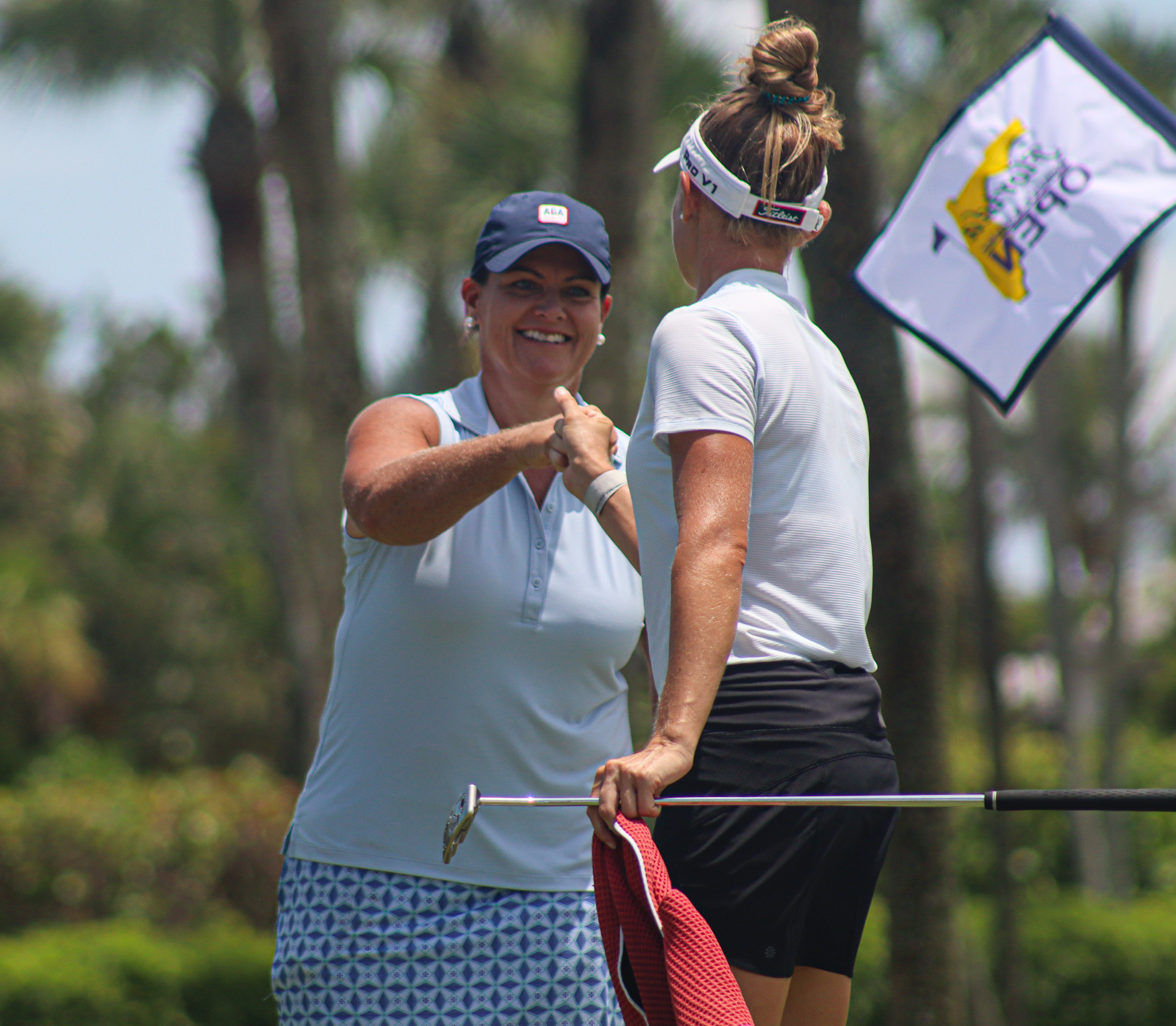 The purse (anticipated and based upon a full field) will be distributed between the Open and Senior Open Divisions based on professional entries. Players who make the cut, but fail to finish 54-holes, will receive the 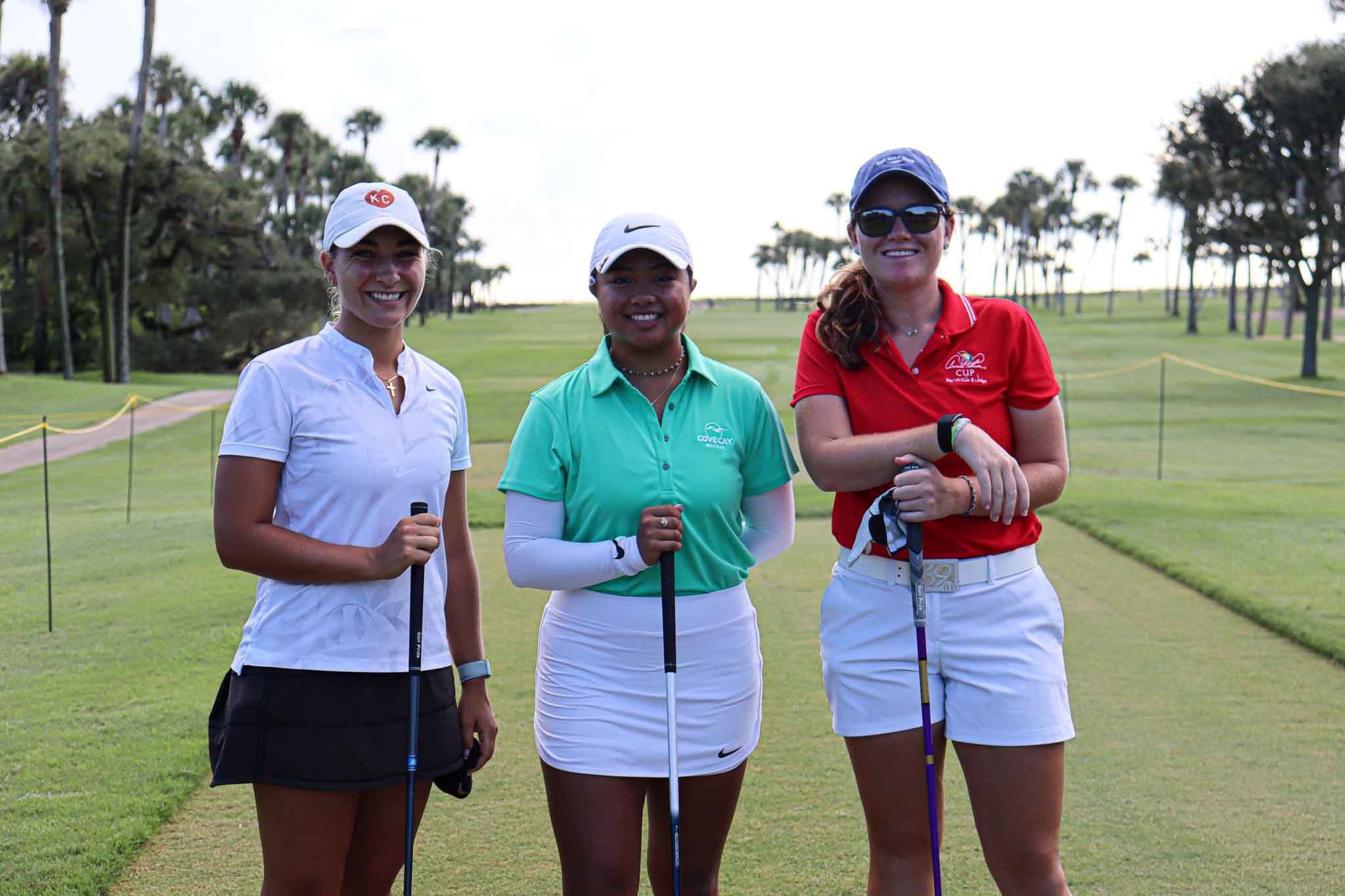 minimum payout. Professionals eligible for the Senior Open Division, but choosing to compete in the Open Division, are only eligible for prize money in the Division selected upon entry. The purse and payouts by position will be finalized after the second round is complete and emailed to the field.
Amateurs who make the cut will receive a gift card redeemable at Heritage Oaks Golf & Country Club. 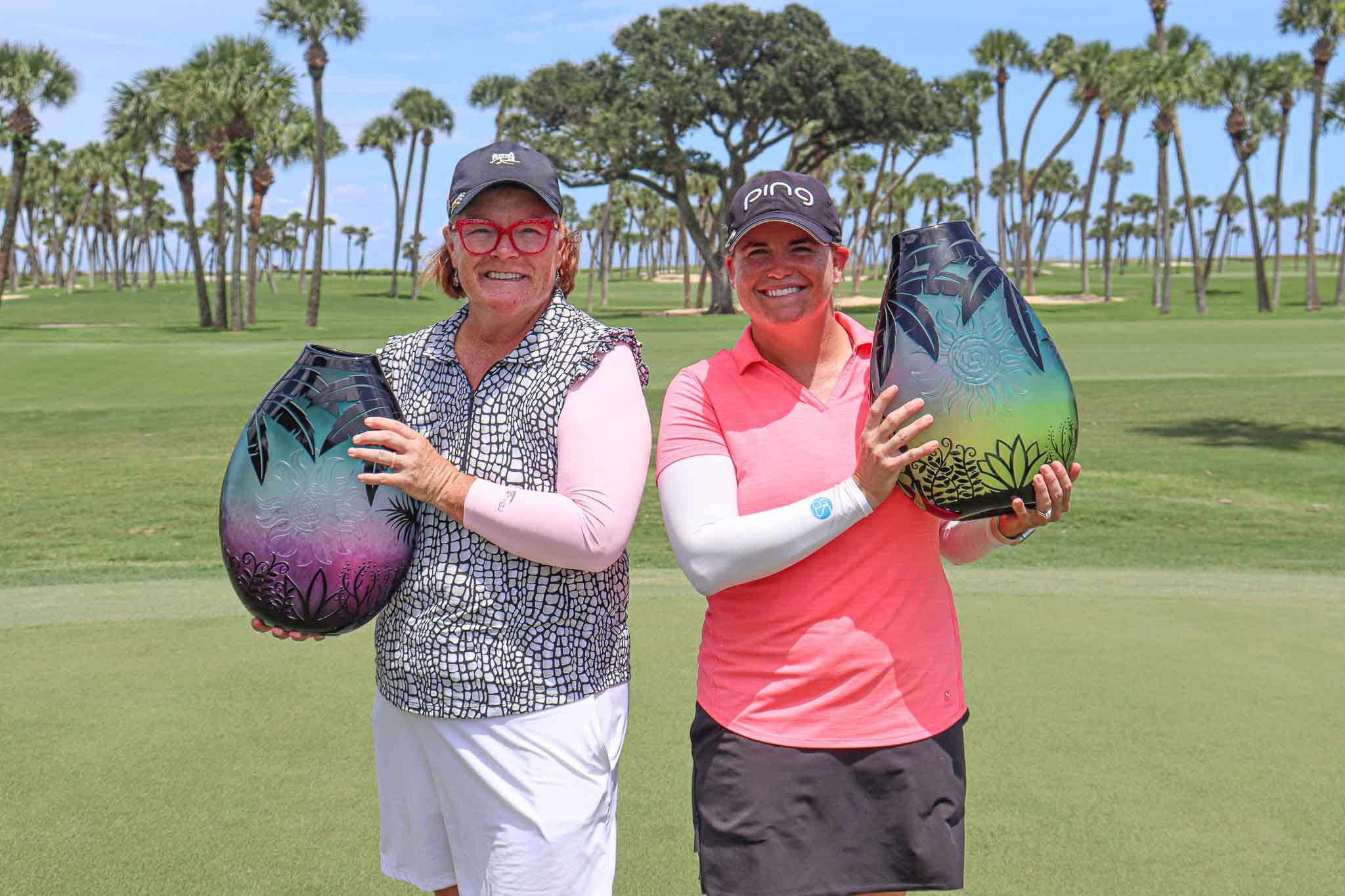 It was Jacqueline Stoelting and Kim Keyer-Scott who raised the trophies at the Florida Women's Open and Senior Open Championship on Sunday at Riomar Country Club. Stoelting survived a one-hole playoff to capture the win in the Open Division, finishing the championship at 4-under 208. Keyer-Scott took home the victory in the Senior Division at 13-over 225.