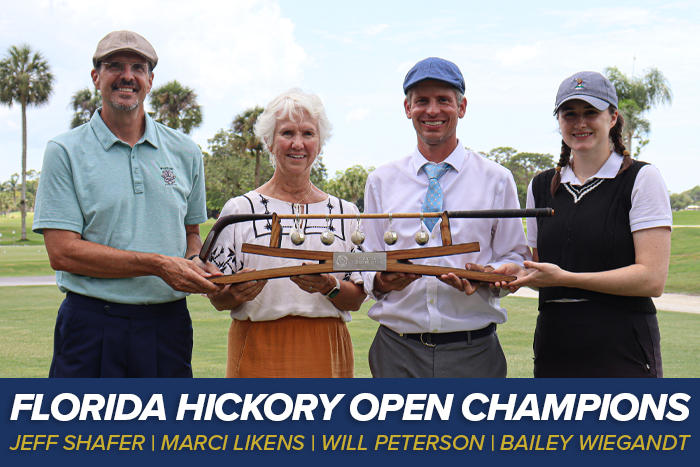 BRADENTON, Fla. – Competitors made their way to Bradenton Country Club this week for the Florida Hickory Open, with four player rasising the trophy on Tuesday. Will Peterson captured the trophy for the second-straight year in Men’s Open Division, while Bailey Wiegandt won the Women’s Open Division. In the Stableford Division, Jeff Shafer took the victory in the Men’s Division, while Marci Likens was victorious in the Women’s Division. All four players won in wire-to-wire fashion.

In the second year of the Florida Hickory Open, players are required to use golf clubs from before 1935 as they are able to get a full understanding of how golf was played over 100 years ago.

After posting back-to-back rounds of 3-over 74, Peterson was able to cruise to an eight-shot victory. The Tampa native earned his second-straight Florida Hickory Open title.

Bradley Turner of Winter Springs, finished runner-up with rounds of 79-77, thanks to birdies both days on the eighth and 17th.

Wiegandt remained dominant in the Hickory Open as she was won her second title in as many years. After a first-round 93, the Kentucky native was able to post a final-round 84 to win by 16 shots. Her final round was highlighted by a birdie on her 17th hole.

In the stableford division, Shafer was able to break out of a tie for first by having 37 final-round points. Shafer is no stranger to hickory golf with this being his third event using historic golf clubs in the past two years.

On the women’s side, Likens was able to fend off Wells by two points to claim the victory. After getting off to a commanding lead of 11 points, Likens had her lead closed in on, but a par on the 18th hole was all she needed to seal the win. 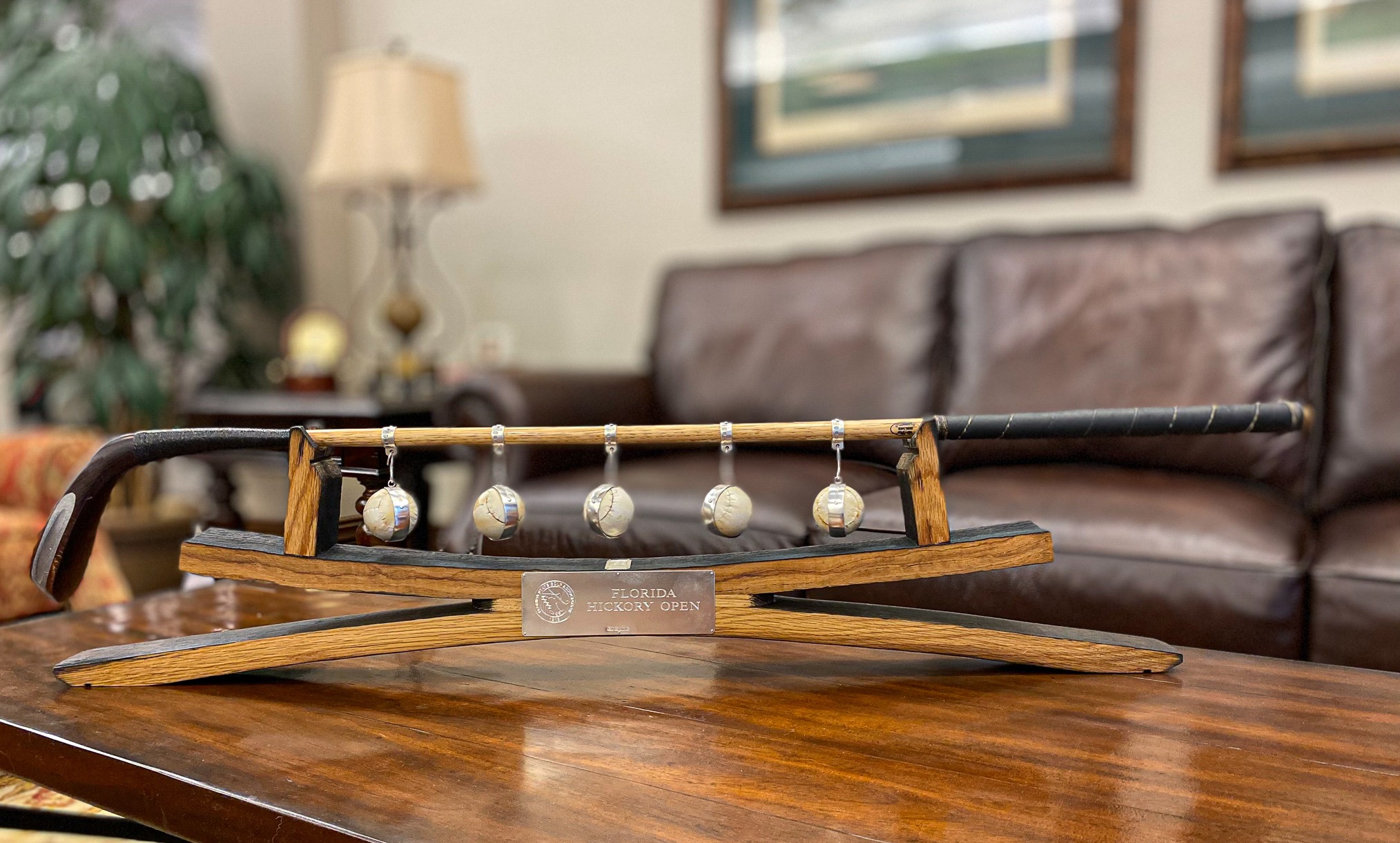 The Florida State Golf Association reintroduced Hickory Golf to our membership in May of 2020. In conjunction with the Florida Hickory Golfers, the FSGA set forth to offer hickory club opportunities through our FSGA One Days and also dedicated hickory club only events. In addition to our hickory "play days", we are excited to announce the Second FSGA Hickory Open. We look forward to drawing amateur and professional golfers from Florida and beyond to participate in the Hickory Open.

Details of the championship are as follows: 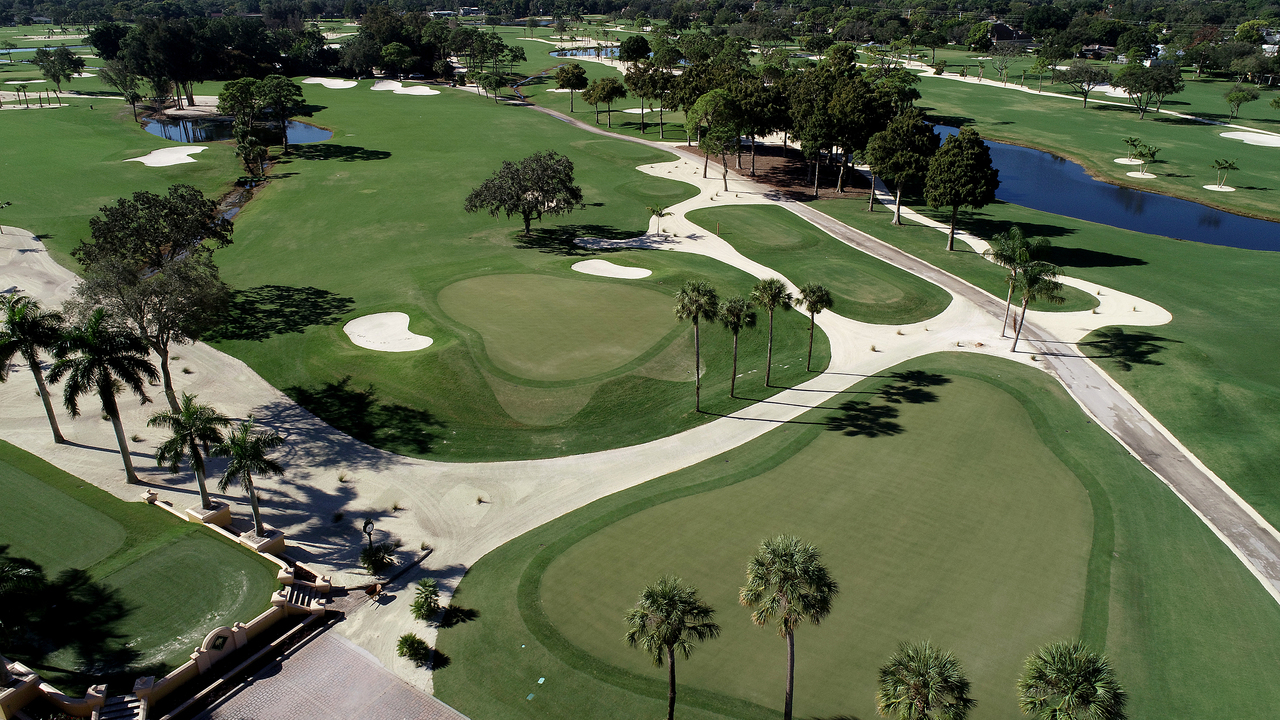 Entries for are accepted on a first-come, first-served basis until the 75% of the field is full. Entries after 75% is reached will be held and the remaining field will be selected by the FSGA Championships Committee. Once the field is full, entries are then placed on an alternates list in order of receipt and contacted if, and when, a spot becomes available. 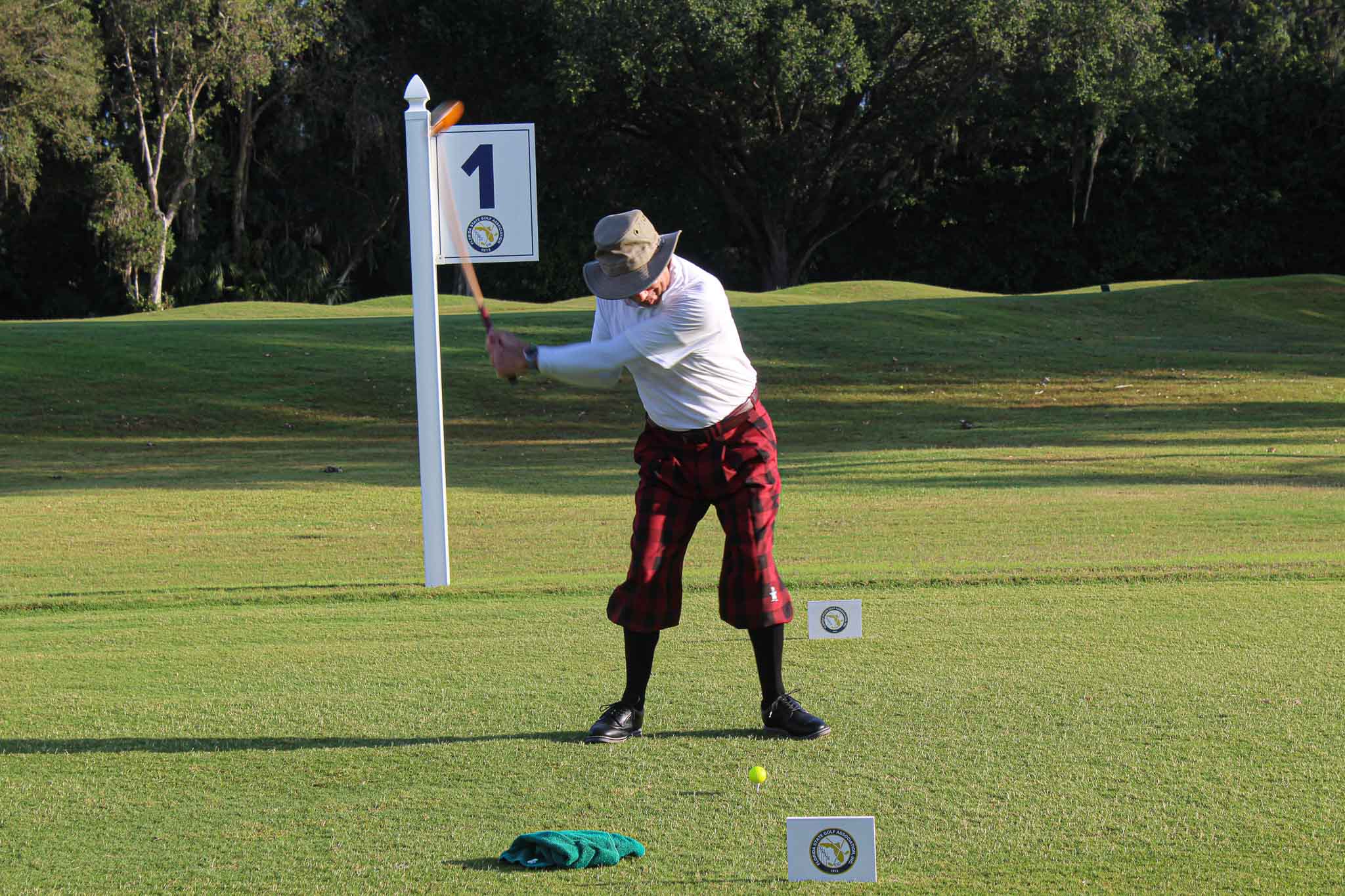 Estimated - based off a full field of 96 players with at least 25% being professionals.

The final purse with estimated payouts will be posted after the field has been determined.

Players must ride in a cart and their clubs must be transported on the cart. Caddies are permitted, but must walk.

The current Rules of Golf govern play with one exception:  Rule 4.1b(1) - Limit of 14 Clubs is waived. Players may start a round with more than 14 clubs and add clubs during the round.

The permitted golf clubs and golf balls mirror the Equipment Guidelines for the Society of Hickory Golfers.

Golf Balls:  Balls on the USGA List of Conforming Golf Balls or USGA approved balls that have been re-molded to replicate pre-1935 balls. See more here

If necessary, there will be a hole-by-hole "sudden death" play-off to determine the overall Champions. It is the player’s responsibility to be present for any playoff.

The Player Dinner and Club Swap begins after the practice round at approximately 6:00 PM at Bradenton Country Club.

Golf attire of the era is encouraged, but not required. Golf attire from today's age is acceptable. 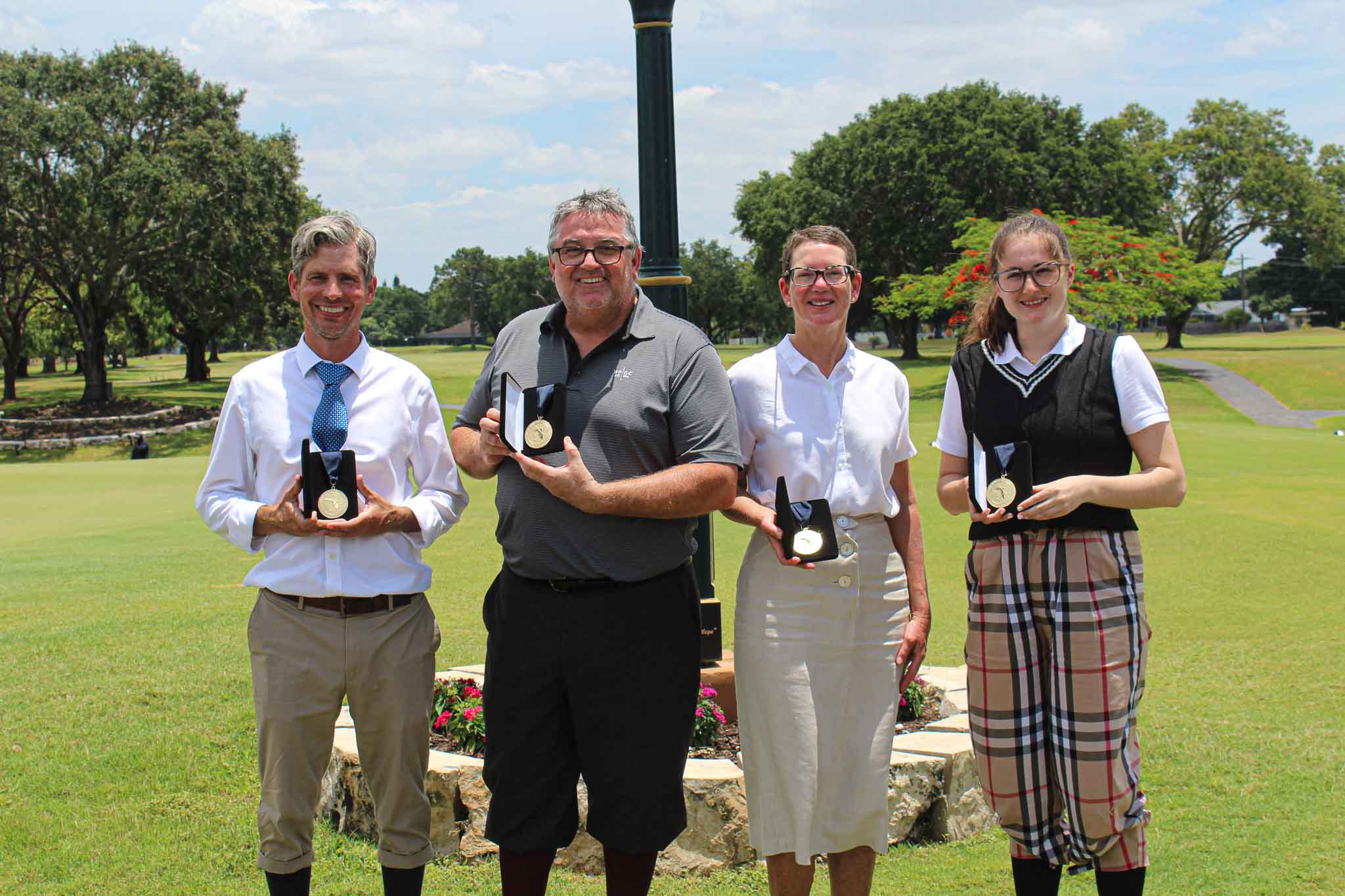 Four players raised the trophies at the inaugural Florida Hickory Open at Sara Bay Country Club. Will Peterson took home the win in the Men’s Open Division, while Bailey Wiegandt captured the Women’s Open victory. In the Stableford Division, husband and wife, Richard Grula and Natalie Wells were victorious.

Exemption Earned from this Tournament

The overall Open Champion will have a spot held into the 2022 U.S. Hickory Open being held at Mission Inn Resort in Howey-in-the-Hills, Florida on September 12-14. The player will be responsible for the entry fee and travel expenses if they accept the spot.