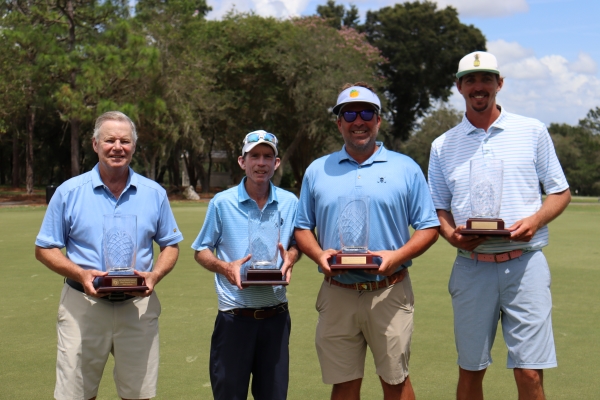 LECANTO, Fla. – Chip Brooke and Marc Dull captured the Championship Flight while Steve Sponder and David Anthony took first in the Senior Flight. Both victories were won by one-stroke and in wire-to-wire fashion at Black Diamond Ranch.

The duo of Marc Dull and Chip Brooke proved to be a strong team after an impressive round one score of  14-under 58. Playing in scramble format, Dull and Brooke carded 12 birdies and an eagle on the par-5 14th hole on the Quarry Course. Blanton Farmer and Scott Cox finished round one four-strokes back in second place with a 62.

Defending champions, Dull and Brooke, did not let the lead out of sight in round two. Turning at two under-par, Dull, of Lakeland, and Brooke, of Altamonte Springs, finished the final round with five birdies for a 65. After a round one 64, the team of Kelly Sellers and Tiger Godwin chased Dull and Brooke on Sunday. Finishing with a bang, Sellers and Godwin eagled the par-5 18th hole to finish with a 12 under-par 60 in second place. Dull and Brooke earned back-to-back wins, at the second Scramble Championship, by one stroke with a final 123 (-21).

David Anthony, of Plantation, and Steve Sponder, of Jacksonville, were the team to beat after taking the early lead with a round one 62. Ten birdies secured the round one lead by one over the teams of Mark Beckworth/Chris Leggett and defending champions, Brian Keenan/Paul Royak.

One less birdie in the final round secured the victory for Anthony and Sponder. Finishing at 19 under-par earned Anthony and Sponder the win by one stroke at 125. The team from Jacksonville, Beckworth and Leggett, posted a second consistent 63 to finish in second place at 18-under, 126.

The 2nd Scramble Championship will be a test to some of the top competitors in one of the most common and fun formats, a two-man scramble. Both players will tee off, then select the best ball, and both players, will play from that location, continuing to choose the best ball until the ball is holed. This Championship will be setup to test the finest players in the state, so be sure to come prepared to play a challenging setup, similar to what is seen at the Four-Ball Championship and State Amateur. 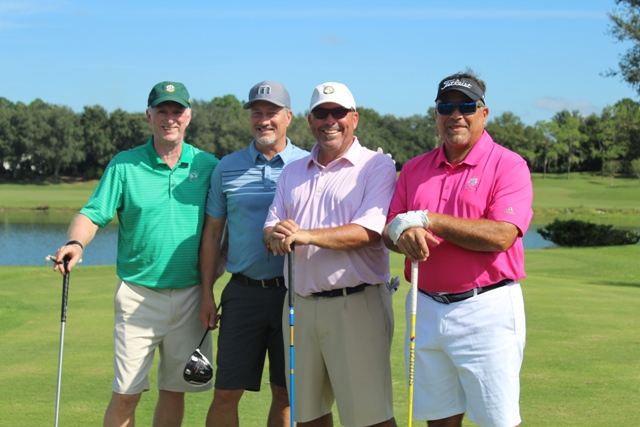 Practice Rounds are available on a space available basis, one week prior to the Championship at a cost of $35 plus tax, with restrictions to after 12:00 noon on the weekend prior to the event. Please call the golf shop at 352-746-3446 to arrange your practice round.