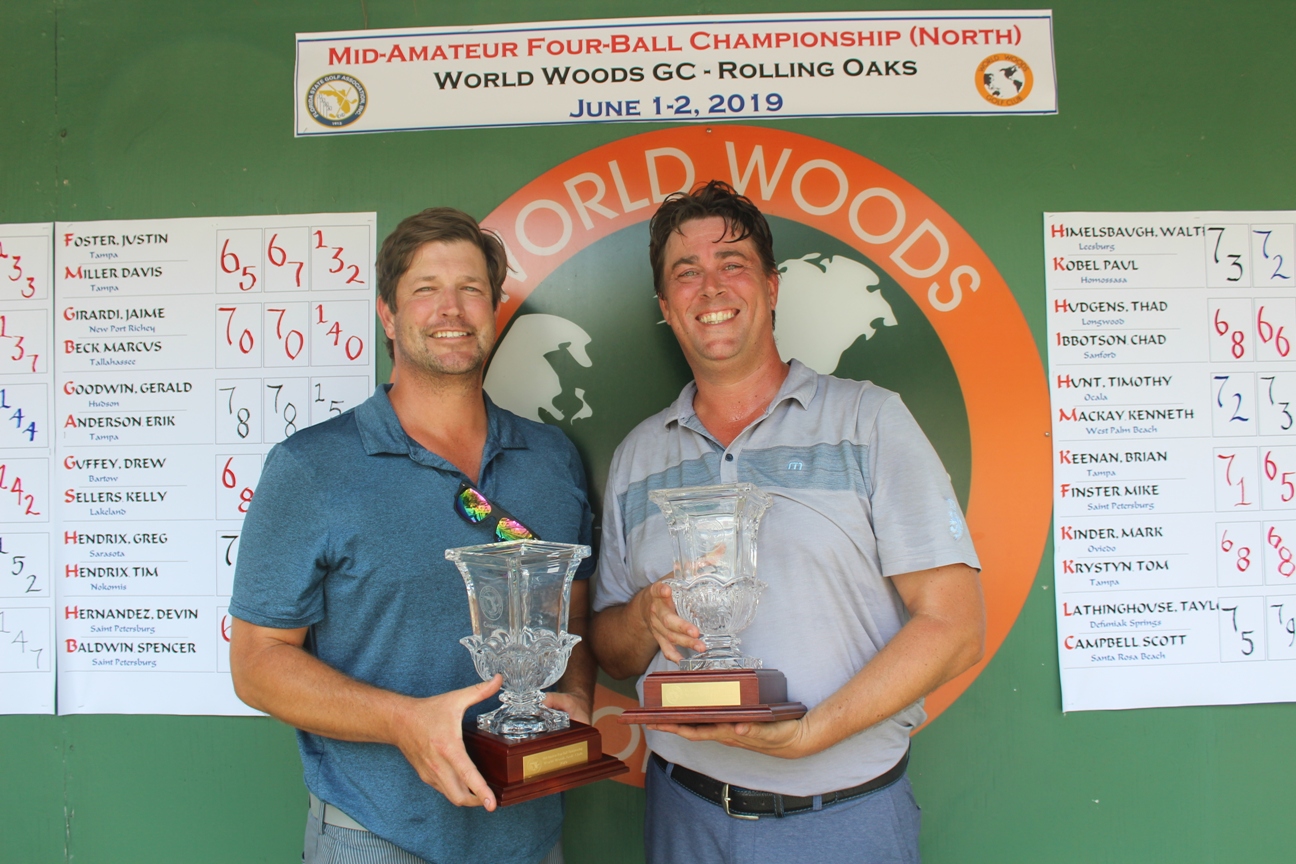 TAMPA, Fla. – The Mid-Amateur Four-Ball Championships wrapped up on Sunday, with two sides being crowned championship in the North and South. TJ Shuart and Scott Turner were victorious in the south, while Ken Cocolin and Matthew Giovannelli captured the title for the north.

Shuart and Turner used an 18-under 126 for the championship to take first place. Following the first round at Eagle Creek Golf & Country Club, the pair was tied for the lead after carding an 8-under 64.

In Sunday’s final round, Shuart recorded eight birdies, including three-straight, and Turner posted two. They finished the day with the low-round of the tournament, 10-under 62.

Kevin Johnson and Kevin Kasprzyk took home second place, finishing the championship with a 15-under 129. Tied for third were the teams of James Weick Jr, & Baldonick Fernandez Sr. and Derek Hurwitch & Douglas Schneider at 13-under 131.

It took a playoff at World Wood Golf Club for Cocolin and Giovannelli to capture their first FSGA championship. The pair was tied for third after the first round, putting together a 7-under 65 on Saturday.

They fired another 7-under 65, with Cocolin carding three birdies and Giovannelli recording five birdies, in the final round to move in a tie at the top of the leaderboard with Daniel Debra and Don Whittemore.

A birdie on the first playoff hole propelled Cocolin and Giovannelli to the first FSGA championship for both players. Debra and Whittemore finished in second place, while Dustin Dingus and Mike Smith took third place with a 13-under 131.

Follow the FSGA:
The FSGA men's schedule continues with the Super-Senior Amateur Match lay Championship on June 3-6 at The Founders Club in Sarasota. 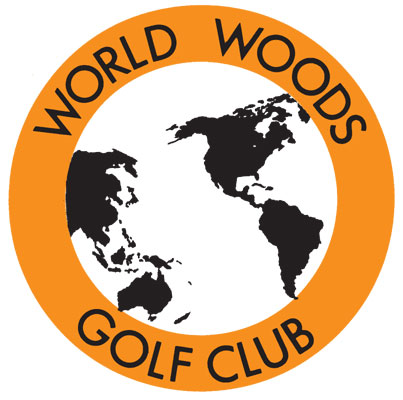 Certain to test even the most accomplished player's shot-making ability, the Rolling Oaks Course at World Woods Golf Club will keep you on your toes with it's undulated greens. With Azalea bushes placed throughout the property, the golf course gives it's players a little taste of the famed Augusta National. The Mid-Amateur Four-Ball is a great event for two players 25 or older to team up and compete for a state championship. For a look at the Past Results click here. 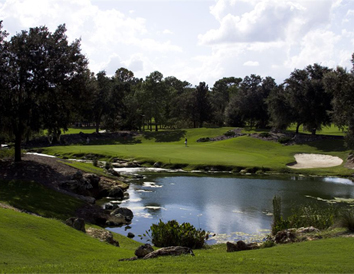 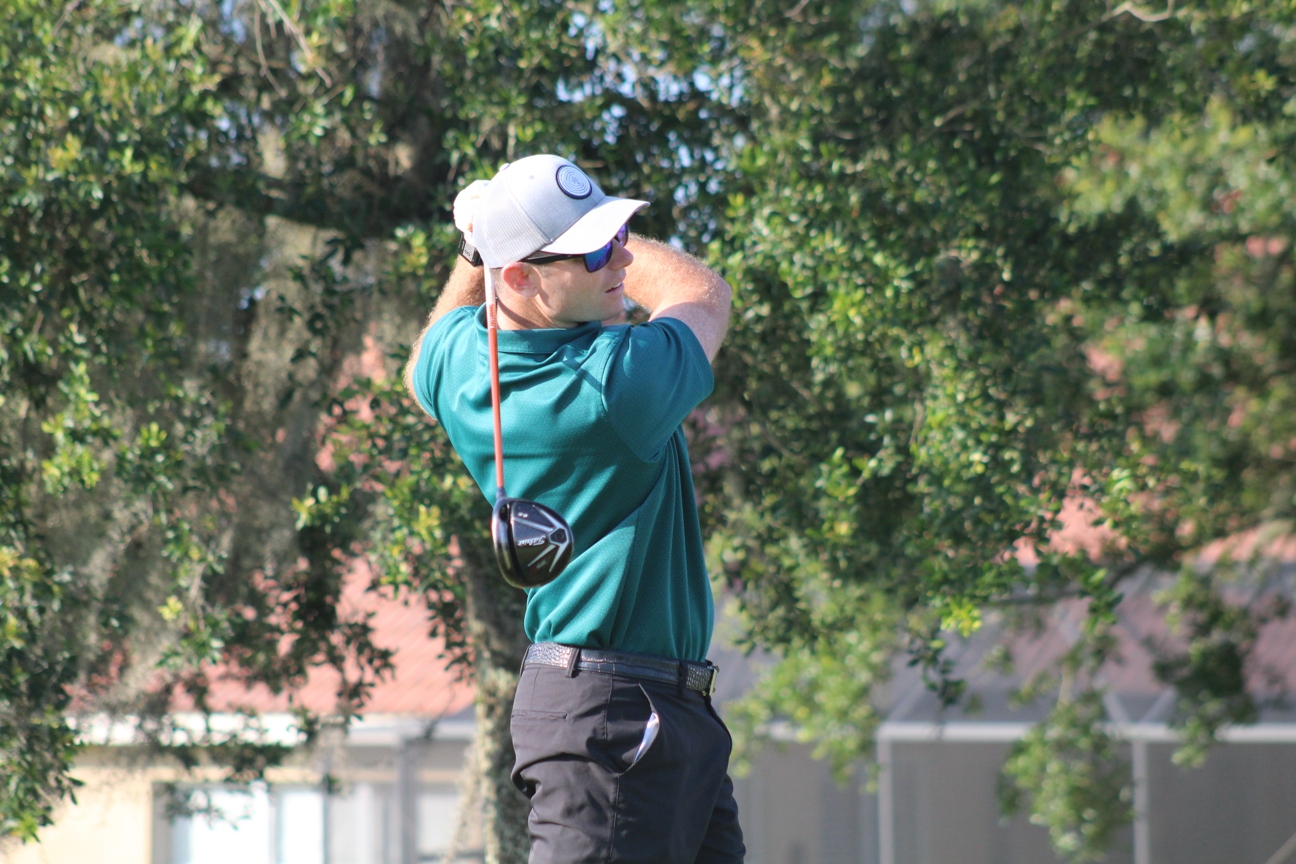 Practice rounds are available one week prior to the championship.  Practice rounds may be played after 12:00 PM on the weekend.  The price for a practice round is $30.00 + tax per player.  Please call 352-796-5500 to arrange your practice round. The proper place to practice your golf swing is on the driving range, hitting multiple shots on the course is unacceptable. 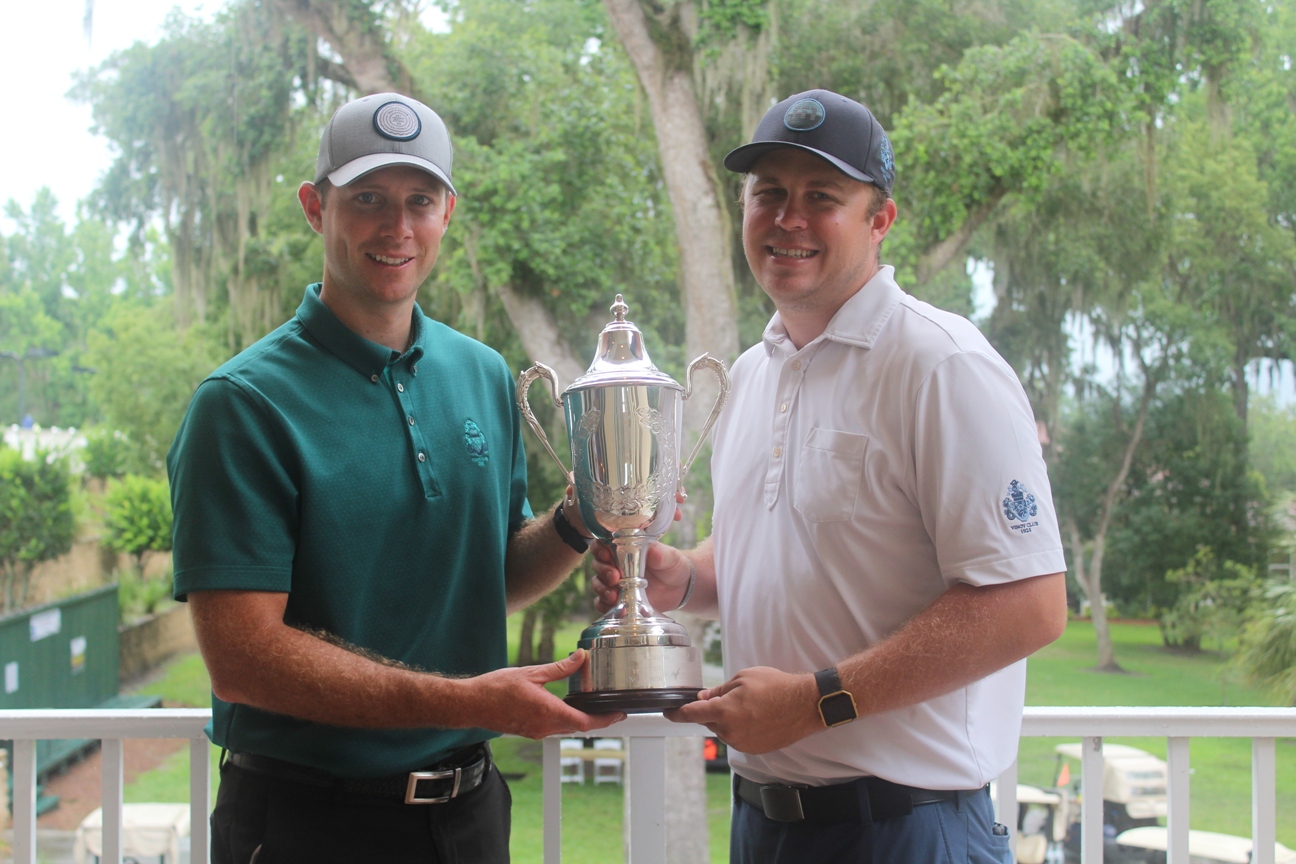 Teammates Devin Hernandez and Spencer Baldwin were crowned Champions at Lake Jovita Golf & CC. Hernandez/Baldwin won by one stroke with an impressive 126 (-18) total.