In the 30 and Older division, the father and son pair of Lenord Schonfeld II, and Leonard Schonfeld III, (pictured top right) posted rounds of 66-68 for a tournament total of 10-under par 134 to win the Championship by an impressive five strokes.  Finishing in second place was the team of Curtis Madson and Nick Albanese who fired rounds of 71-68. The 30 and Older division played their tournament rounds on the Palm and LBV courses.

In the 18-29 division, the father and son pair of Baldonick Fernandez Sr. and Jr. (pictured middle right) held on for a one stroke victory. The Fernandez’s opened up the Championship on the LBV course with a two-under par round of 70. Playing the Magnolia course on day two, the pair would fire a round of three-under par 69 for their first State Championship. The team of Ralph Ghioto III and Chet Ghioto finished in second place after rounds of 69-71.

In the 17 and Younger division, Chase and Chad Ibbotson (pictured bottom right) blew away the field with a tournament total of nine-under par 135. The Ibbotson’s held a share of the lead after day one with a 69, and finished strong on the Palm course with a six-under par 66. David and Joshua Perna and the team of Todd Read and Matthew Burton, finished tied for second place with a tournament total of 142.

Gus and Michael Vickers, of Naples (pictured top left) prevailed in a playoff to win the 10-12 age division. The father and son team finished with 59 stableford points to to prevail over David Ragan III and David Ragan IV, of Coral Gables.

Jon and Alex Veneziano, of Mount Dora (pictured middle left) finished with 58 stableford points to win the 8-9 age division by only one point. The father son pair of Eric Kaufman and Ty Kaufman finished in second place with 57 stabelford.

In the 6-7 division, Mark and Sean Adamczyk, of Naples (pictured bottom left) gained 47 points to win by one over Luke and Wade Gossett, of Sorrento.

A tradition in Florida for more than 20 years, the FSGA Parent-Child Championship includes men, women, boys and girls of all ages.  Parents and Grandparents are eligible to play with their  children and grandchildren, and there are multiple age divisions so that everyone can participate.

For the youngest golfers, ages 6-12, teams play nine holes each day on  the Oak Trail Course, a spectacular, executive-length design.  Teams  with children older than 12, play eighteen holes each day.  All ages use a modified alternate-shot format that promotes a great team  atmosphere.  Different ages also play a variety of tee lengths to make  sure that everyone is playing from the correct distance.  All rounds  begin with morning shotgun starts to allow time for  players and families to enjoy Orlando in the afternoon.  Join the hundreds of families that  have made the Parent-Child Championship an annual tradition. For a look at the 2013 Championship Results click here. 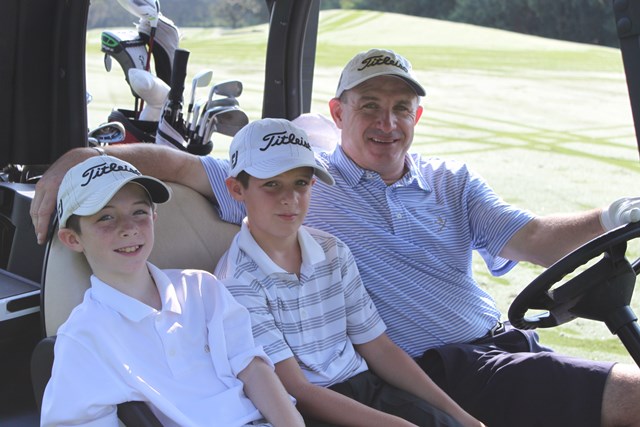 Click here to read the withdrawal, dress code, caddie/spectator and other policies.

Please click on the hotel icon for hotels in the Orlando area.

From the West or East on I-4; go on I-4 and take exit 26b (Epcot Center Drive) and follow World Drive. Go toward Magic Kingdom on World Drive and go through the entrance plaza. Bear right after you go through the entrance plaza and turn left at the traffic light on to Seven Seas Drive (follow the signs to Shade of Green or the Magnolia/Palm Golf Courses - they are located at the same place) and take Floridian Way (pass the parking lots on your left). Turn right on to Floridian Way and then take a left on to Magnolia/Palm Drive and the clubhouse, parking lot and course will be on your right.