The team of BJ Kuhn and Chase Marinell go wire-to-wire to capture the 64th Florida State Four-Ball Championship at the Hammock Dunes Club – Creek Course, in Palm Coast on July 6-7.

BJ Kuhn, of Fort Myers, and Chase Marinell, of Cape Coral, posted a tournament total of 12-under par 132 to win the 2013 Championship by three strokes. The pair posted a first round of six-under par 66 to take a two stroke lead into the final round.  In the final round Kuhn and Marinell picked up where they left off, making birdies on 1, 2 and 8 to turn at three-under par 33. They continued there solid play on the back nine making birdies on 10, 12, 15 and 17 to go along with only one bogey for their round of six-under par 66. This victory has also earned the pair an exemption for the next three years into the Four-Ball Championship.

Brant DeLongy, of Winter Park, and Taylor Johnson, of Neptune Beach, took home second place honors after their rounds of 68-67 for a tournament total of nine-under par 135. The team of Michael Smith, from Ponte Vedra Beach, and Jamey Salmon, of Jacksonville, the team from Fort Myers, Mike Andre and Airik Medinis, and the Defending Champions, Daniel Debra, from Lutz, and Don Whittemore, of Temple Terrace, all finished tied for third place with a tournament total of 137.

From June 10-18, the Florida State Golf Association conducted seven qualifying tournaments for amateur golfers trying to advance to the Championship at the Hammock Dunes Club. In four-ball stroke play, two competitors play as partners, each playing his own ball. The lower score of the partners is the score for the hole.

The 64th Four-Ball Championship will be played on the Creek course at Hammock Dunes Club in Palm Coast. Four-Ball is one of the most enjoyable and commonly played formats in all of golf.  Partners play their own ball into the hole and take the better of the two scores. The club is located right on the coastline and just down the road from historic Saint Augustine and the World Golf Hall of Fame. 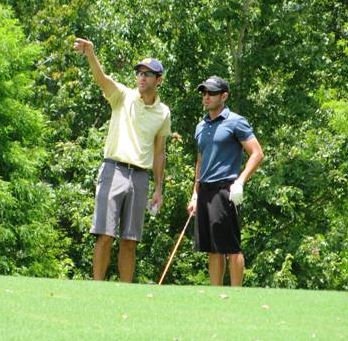 $320 per team ($340 per team - members who do not have an active FSGA/GHIN Handicap). Exempt Fee includes Championship Fee and Entry Fee for those teams eligible for exemption. (See below)

36 holes of four-ball stroke play. Range balls will be provided before and after each competitive round. The lowest team score for 36 holes will be the Champion. If necessary, there will be a hole-by-hole play-off to determine the Championship team. It is the team's responsibility to be present for any play-off.

18 holes of four-ball stroke play at 7 local qualifying sites. During qualifying, each team must use a golf cart. Caddies are acceptable, but caddies may not ride in the golf cart or carry the player's clubs. Players are responsible for cart fees for all practice rounds. 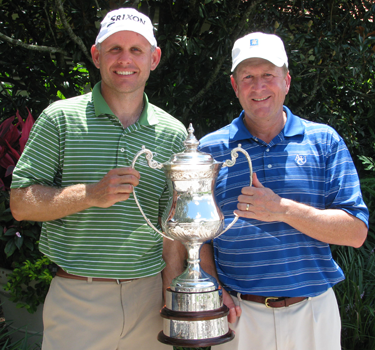 Practice rounds are available one week prior to the championship excluding Tuesday. Practice rounds must be played after 12:00 PM on the weekend. The price for a practice round is $30.00 + tax. Please call (386) 447-7116 to arrange your practice round.  The proper place to practice your golf swing is on the driving range, hitting multiple shots on the course is unacceptable.

Teams in the following categories are exempt, provided they meet all entry and eligibility requirements (teams must remain intact).

Click here to read the withdrawal, dress code, caddie and spectator, and other policies.

Click here for information on how alternates may gain entry into the Championship.

Please click the View Hotels tab in the Tournament Links section for hotels in the Palm Coast area.