It was a rainy weekend for the state of Florida, but weather cooperated to get the first round of the Women’s Net Championship off and running with no delays on Tom Fazio’s beautiful Ranch course. The 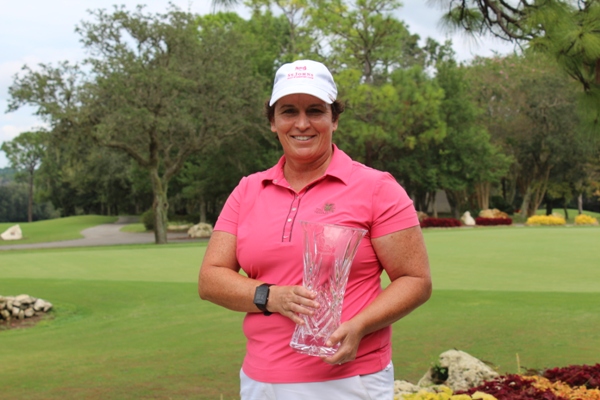 challenging greens and elevation changes did not seem to affect Kimberly Byle of Dunedin and Sandie St. Onge of Jensen Beach, who both posted a net four-under-par 68 and net two-under-par 70 respectively in the Middle Division.

In the Forward Division, red numbers seemed to be common, as both leaders Patricia Koneda of Summerfield and Pat Takacs of Clearwater recorded an impressive net seven-under-par 65. Charliene Lemon-Steiner of Sarasota trailed Koneda and Takacs by four shots to sit at third after round one.

A short thirty-minute weather delay for the final round was the only hiccup of the morning before players took to Fazio’s signature and stunning Quarry Course. Elizabeth Breza of Saint Augustine, who was five shots back from round one leader Byle, had a strong start by birdying her first hole of the day. Breza kept up this momentum throughout the rest of her round resulting in a net three-under-par 69 for her final round, two-under-par 142 total. The difficulty of the Quarry was shown throughout the field’s scores, but the first round’s top finishers Byle and St. Onge were able to hold on for a second and third place finish in the Middle Division.

Currently sitting in third place and only four shots back, Lemon-Steiner of the Forward Division knew that she needed to play strong around the Quarry course to catch up with round one co-leaders Koneda and Takacs. Keeping it consistent, her final round of net even-par 72 was enough to earn her the victory, posting a one-under-par 141 for the Championship. Jane Renninger of Dade City, who was tied for fourth place after the first round had a strong showing over the two days, posting a 71-75--146 to earn her second place. Koneda came in third for the Division with a three-over-par 147 for the tournament.

The second Women's Net Championship will be held at the prestigious Black Diamond Ranch Course in Lecanto. Enjoy the elevation changes, rolling fairways, and picturesque views that the Quarry and Ranch Course at Black Diamond have to offer. Join some of the top women amateurs for two days of net stroke play competition! For a look at the 2014 Championship Results click here.

$160 - Entry fee includes all competitive rounds of golf,  lunch after the final round, and gift certificates.

Players must select which Division they wish to compete in upon entry.

The Championship Committee reserves the right to move any player out of the Forward Division if her handicap is significantly lower than the majority of the competitors in the division, and her scoring history does not reflect the need to play from the Forward Division yardage.  Players will then be placed into the Middle Division. 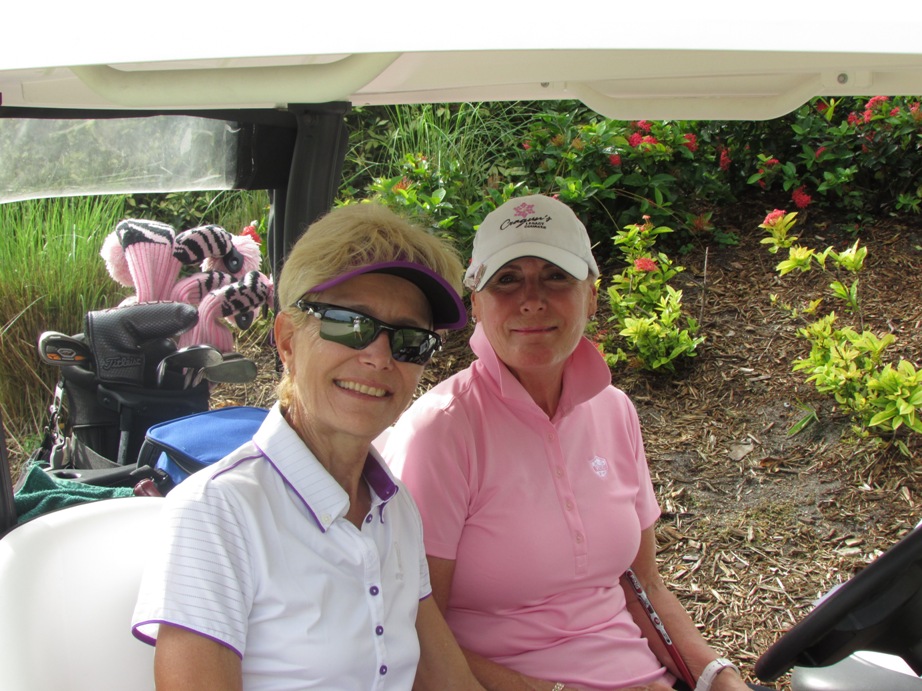 The Middle and Forward Divisions will likely be pre-flighted based on individual handicaps.

Generally, divisions of more than 10 individuals will be flighted, however the Committee reserves the right to flight based on the number of individuals and/or the range of handicaps. 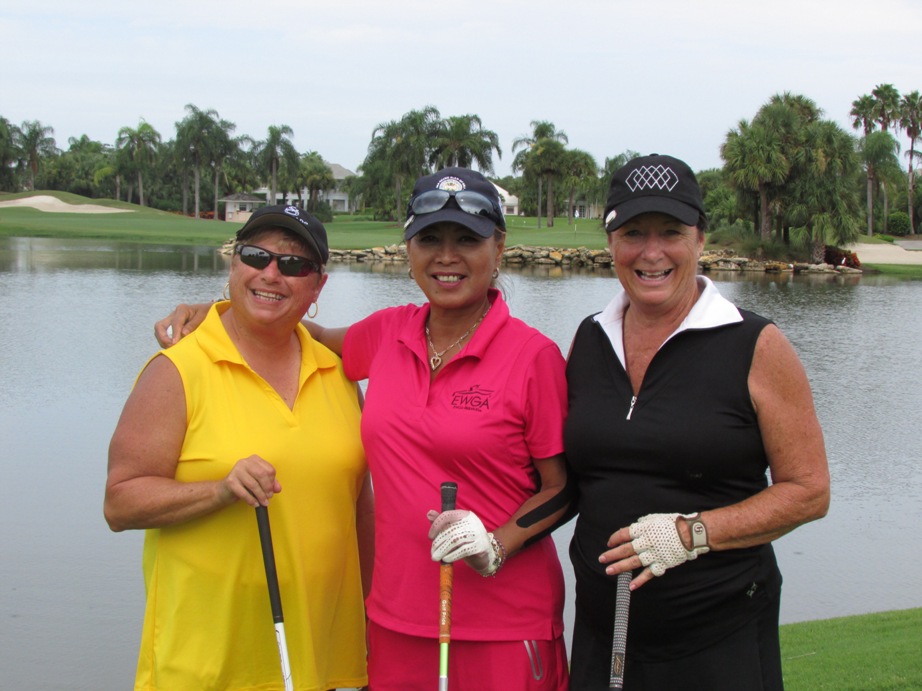 Practice rounds are available six days prior to the event on a space available basis. The price for a practice round is $30.00 + tax. Please call (352) 234-8080 to arrange your practice round. The proper place to practice your golf swing is on the driving range, hitting multiple shots on the course is unacceptable.

Black Diamond Ranch is composed of two different but memorable golf courses designed by Tom Fazio. The Quarry Course is a breathtakingly scenic course that is cut into canyon walls with dramatic elevation changes. The Ranch Course is a picturesque course with lush, rolling fairways that wind through oak and pine trees. Both courses will impress you with beautiful layouts and many opportunities for great shot-making.

In 2014, the Women's Net Championship was held at Orchid Island Golf & Beach Club where three women earned victories. In the Middle Division First Flight, Christine Martin and Debbie Mook-Sang were tied for first place with a tournament total 148. After a USGA modified tie break, Christine Martin was crowned Champion. In the Middle Division Second Flight, Monica Mondozzi won by one stroke over Connie Rummel. Kay Waltman was Champion of the Forward Division with the only under par tournament total of 141. 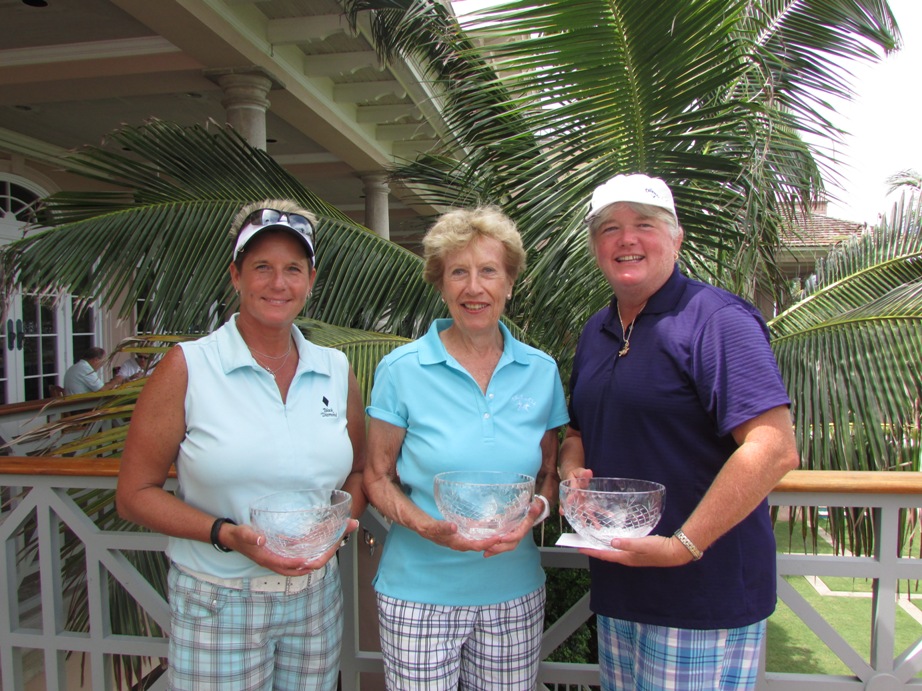 The FSGA has arranged group rates:

Hampton Inn - Crystal River (approximately a 10 minute drive from Black Diamond on US 19 near downtown Crystal River)
$109 per room, per night.

Click here to book online.
***Must book by August 28th!

***rates are per room, per night plus tax.