The first two rounds of stroke play saw some low numbers starting with Jordan Sarhaddi’s 67. Sarhaddi lead the stroke play round after the first round by two with Leopoldo Herrera III shooting a 69 and three more players at 71. The second round of stroke play qualifying solidified Sarhaddi’s number one seed position as he complied a round of 69 to go eight under par for the first two days. The cut to 32 players was set at ten over par, 154. Other notable players to have moved on are Nicholas Diebel, Jake Davis, and John DuBois.

As the morning stroke play ended, the beginning of a long grind of match play would soon begin. The first round of match play would see the victory of our medalist, Sardhaddi as he defeated Blake Wheeler 2&1. DuBois also moves on, as well as Sam Nicholson and Nicholas Rajas. No match would extend to more than 18 holes.  The highlight of the matches came from Yuxuan Song. During his battle with Carson Moran, they were all square through nine holes. Song would play the next 6 holes in 6-under par (an eagle, four birdies, and one par) to win 4&3. His opponent tomorrow morning, John DuBois played those 6 holes in 4-under par to win 3&2.

The round of 16 continued to see the advancement of our number one seed, Sarhaddi. Dubois and Song both played some extremely well golf including another eagle for Song on 10. In the end, DuBois captured the victory with three birdies in the last three holes. The longest match of the day extended to 19 holes and was played between Leopoldo Herrera and Sam Nicholson. Other impressive winners are James Nieporte who won 7&5, and Joshua Braverman who won 8&7.

The quarterfinals proved to be the most telling match as DuBois beats our first seed Sarhaddi 1 up. The match saw 18 holes of impressive holes before it was able to determine the victor. Fletcher Wunderlich reminded us that he was still in the game as he beat Herrera 3&2 with birdies on 4 of his last 7 holes. The final two players to move on are Nicholas Diebel and James Nieporte who both claimed victory 5&4.

DuBois and Wunderlich battled it out all day. Each player made mistakes and birdies. DuBois struggled the first nine holes but got it back to all square after the first nine. The back nine remained relatively all square until the final hole. DuBois birdies the eighteenth hole to win 1 up. The second match was played between Diebel and Nieporte. Diebel built a commanding lead after the first nine holes at 4 up. He then continued his hot streak with three more birdies on the back nine to solidify his win. Diebel ended the match 5&3 with himself shooting six birdies and the rest pars.

John DuBois and Nicholas Diebel played the final match Thursday afternoon. Both players put up a strong fight. The beginning of the match saw Diebel with a strong lead. He found himself 4 up after making two early birdies to start. He would then stay 4 up all through the first thirteen holes. Then, DuBois made a pair of birdies to win two holes. All of a sudden Diebel was only 2 up with four more holes to play. Diebel was no longer in control as DuBois made a slew of steady pars to get the match to all square after sixteen. Another costly mistake made by Diebel would drop him to 1 down for the first time in the match. Both players fought on eighteen, for DuBois is was to end the match and collect victory, for Diebel, it was a matter of extending the match. In the end, both players made a birdie on eighteen. This would establish DuBois with the victory of 1 up. 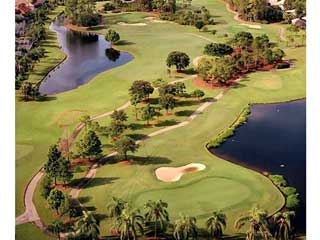 Practice rounds are available one week prior to the Championship.  Practice rounds may be played after 12:00 PM on Saturday and Sunday.  The price for a practice round is $30.00 + tax.  Please call 239-263-1661 to arrange your practice round. The proper place to practice your golf swing is on the driving range, hitting multiple shots on the course is unacceptable. 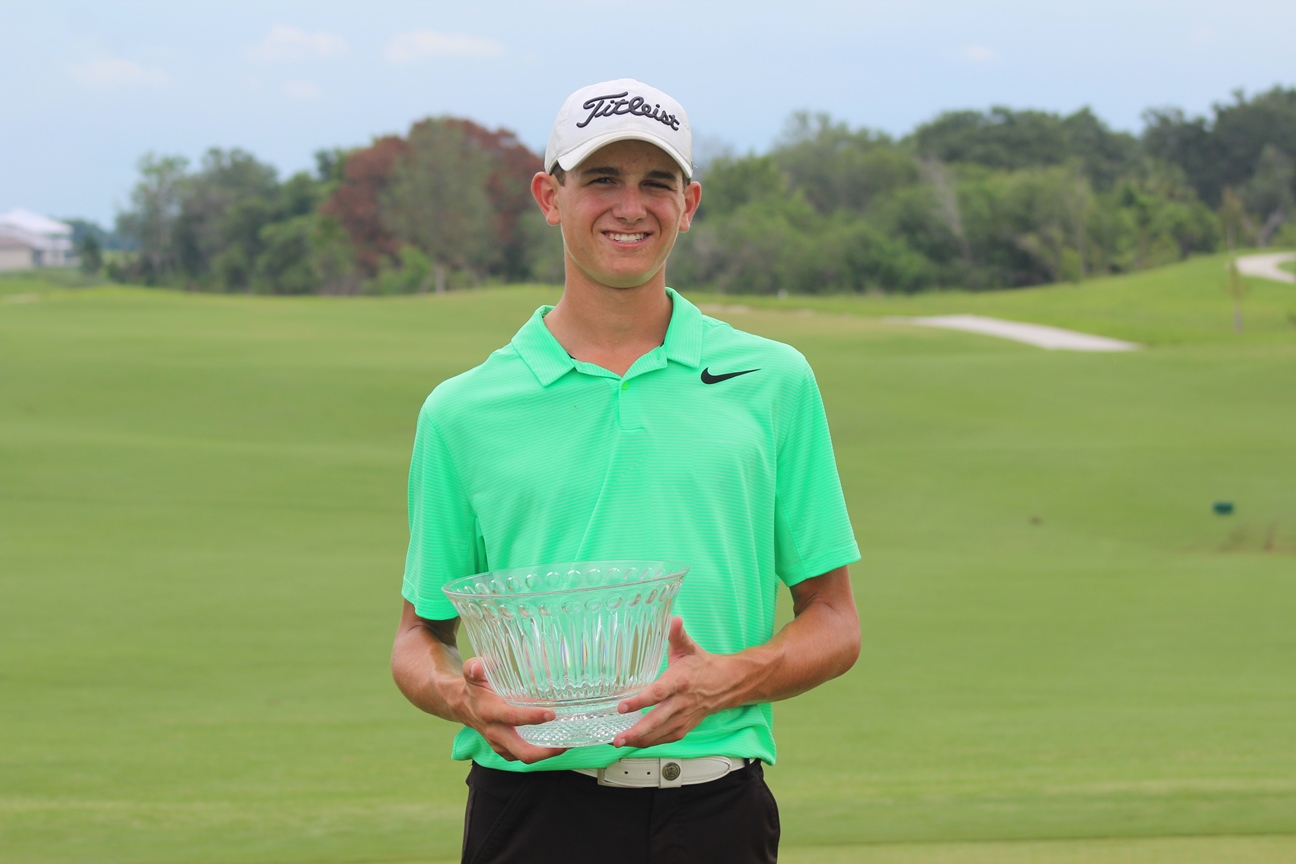 Davis Harrison held on to beat Carson Moran 2 and 1 at Lakewood National Golf Club in 2017.  Harrison played several barn burner matches as he had two that went extra holes and two more that lasted until the 18th hole.  Click here for 2017 results.