Players may be warned, penalized or disqualified for violations of the Code of Conduct (Including violations by their caddies or family members). Further, the FSGA may reject an entry application, revoke an accepted application, expel from the tournament and/or suspend a player from future tournaments if the player, their caddie or family members engage in conduct detrimental to the integrity and image of the game of golf and/or public confidence in the FSGA. Such conduct may include, but is not limited to:

Players in USGA, FSGA or FJT competitions in Florida are guests of the host club and accordingly, players are responsible for the behavior and attire of their caddies and family. Players may face withdrawal of their entry, and possible future suspension for the inappropriate behavior of their caddies or family members. Players, caddies or family members who repeatedly violate the code of conduct, or who are abusive to officials or club staff, may be suspended from attending future events.

Any person whose entry is accepted shall be subject to the Rules and Conditions of Competitions set forth by the FSGA.

The illegal use of drugs or alcohol by players, caddies or family is prohibited. Alcohol should not be brought onto the property. All food & beverage policies of the club should be followed.

Dress Code - Player & Caddies (Before, During and After the Round):

Penalties for Violation of Code of Conduct

Penalties may be assessed based on each individual situation including the severity of the breach and the factors that contributed to the breach occurring. Possible penalties: 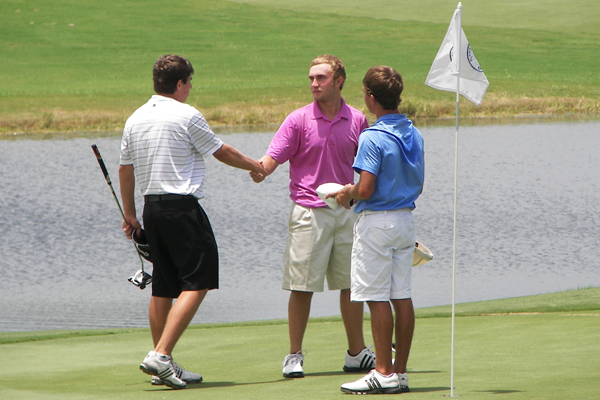