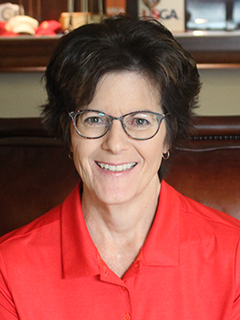 Debby Lamontagne joined the FSGA in December 2002 after growing tired of frequent relocation with the military along the eastern United States & Europe. After throwing a dart at the map of Florida, she decided to make Tampa her home and found her current position at the FSGA.

Lamontagne graduated from Franklin Pierce College with a B.S. degree in Accounting & Business Management.  She loves to harass office staff with the good ole Boston vs. New York rivalry.

Rumors have it that she is an accomplished SCCA autocross Corvette racer & plays her prized Gibson Les Paul guitar in a local band.