Hammer & Stasi Come from Behind to Claim Title Kevin Hammer and Meghan Stasi are no strangers to winning FSGA Championships. Kevin came into this year's Summer Mixed with his sights set on winning his third straight Summer Mixed Championship. After winning last year at Tranquilo Golf Club and two years ago at Mission Inn Resort with his daughter Alexa, Kevin and Meghan would undoubtedly be a tough team to beat on the Hills Course at LPGA International. After opening with an even par round of 72, Kevin and Meghan found themselves two strokes off the lead heading into the final round.

Sunday's final round saw two teams run away from the rest of the field. The team of Jimmy Jones Sr. and Terese Romeo came out of the gate looking to claim their second Summer Mixed Championship. Terese and Jimmy won the 2014 Championship at Black Diamond Ranch and were focused on bringing home another victory. With a combined six birdies in the final round, the two posted an impressive tournament total of 7 under-par, 137. However, their six birdies in the final round proved to be one birdie short of forcing a play-off with the team of Hammer and Stasi. Kevin and Meghan made eight birdies on Sunday en route to an 8 under-par, 64 (8 under-par, 136 total), which was enough for a one stroke victory over Jones and Romeo.

In a match of cards, Michael and Tinker Sanger took home the first place victory in the gross portion of the Forward Division. The Sanger team played steady golf and fired rounds of 72 - 74 -- 146 which tied Carol Kilian and Chris Berens.

With net round scores of 66 - 64 -- 130, Mike Kelly and Patti Kelly took home the first place gift certificates in the Forward Division. 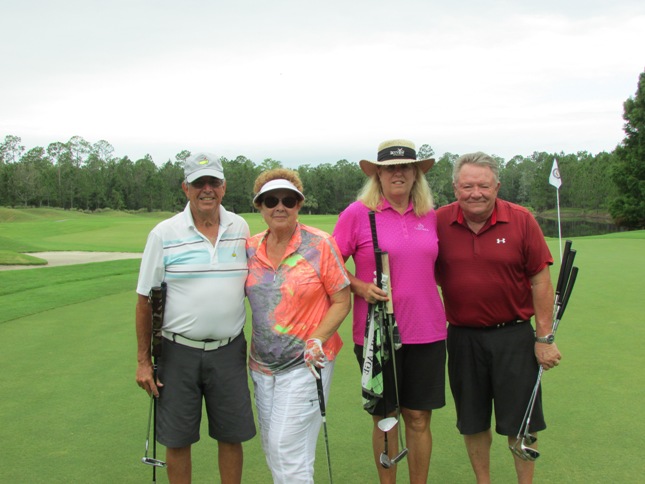 Players must select which Division they wish to compete in upon entry. There is NO yardage mix allowed between divisions.

The tournament will use the USGA's recommendation of:

It is the responsibility of any player that maintains a Handicap Index lower than their current Florida GHIN Handicap Index to inform the FSGA for resolution. Failure to do so will result in disqualification.

Championship Division - The overall Champion will be the team with the lowest total score. In the event of a tie for first place, there will be a hole-by-hole sudden death playoff on a hole designated by the Committee to determine the Champion. All other tie breaks will be broken by the USGA scorecard match. The last 9 holes will be considered holes 10-18, the last 6 holes will be holes 13-18, the last 3 holes will be holes 16-18 and the last hole will be hole 18. In  the case that players are still tied after the 18th hole, the winner will be determined by lot.

Practice rounds are available one week prior to the championship and after 12:00 PM the weekend prior on a space available basis. The price for a practice round is $35.00 + tax. Please call (386) 274-5742 to arrange your practice round. The proper place to practice your golf swing is on the driving range, hitting multiple shots on the course is unacceptable. 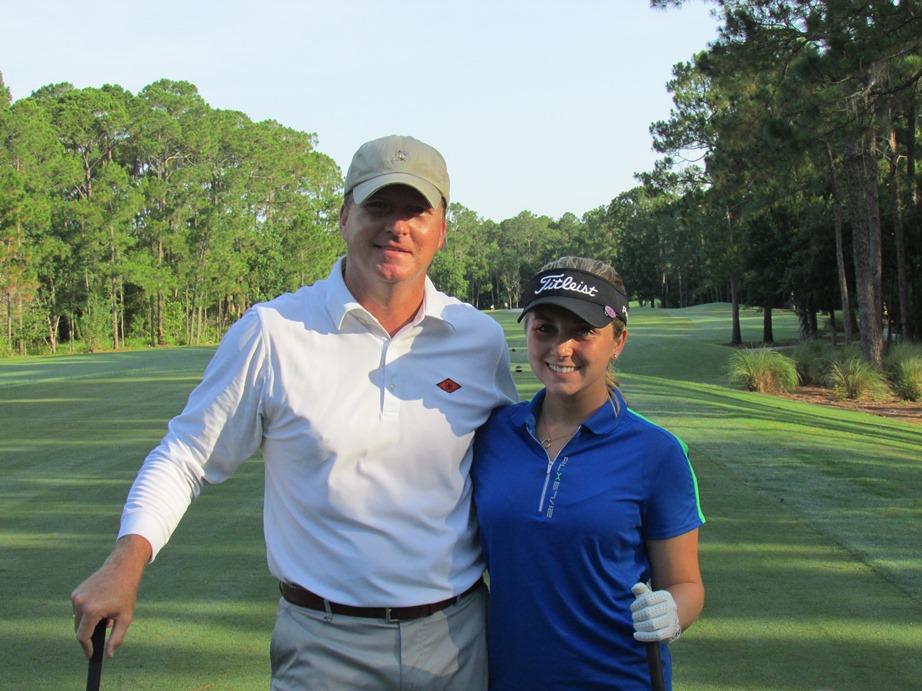 The second round provided just as much excitement as the first round did in the Championship Division. Christopher Carlin and Nicole Ferre would not take it easy on defending Champions, Alexa and Kevin Hammer. Carlin/Ferre's closing round of 7 under-par, 64, narrowly missed getting them into a playoff with the defending champs. Things started to get very interesting heading into the par 5, 17th hole, until Alexa made an eagle to jolt her and her father back into the lead. Alexa made a solid par on the final hole to give the team their second Summer Mixed Championship in a row!