In the Boys 16-18 Division, Jason Rodgers, of Destin, overcame a four stroke deficit for his first career FJT victory. After a first round of three-over par 75, Rodgers trailed Henry Westmoreland, of Wacissa heading into the final round. Rodgers final round of 78 included three birdies which propelled him to a one stroke victory. Davis Bowyer, of Destin, finished alone in second place with a tournament total of 154. Westmoreland struggled in the final round, but managed to earn third place honors with an event total of 157.

In the Boys 13-15 Division, Dan Erickson, of Pace, erased a one storke deficit to claim his first FJT title with a tournament total of 151. Erickson posted a first round of five-over par 77, to put himself in prime position entering the final round of play. In the final round, Erickson made birdies on 13, 14 and 15 for the come behind victory over Brock Ochsenreiter who finished bogey, double, bogey on his final three holes. Ochsenreiter finished alone in second place after rounds of 76-77. Antonia Poate, of Niceville, dominated the competition to win the Girls 16-18 Division. Poate posted a tournament total of 167 to capture her first title by an impressive nine shots. Poate used birdies on 9, 12, and 15 in the final round en route to her round of 77. Alexis Hazard, of Pensacola, finished in second place and Stephanie Kim, of Gainesville, took home third place honors.

In the Girls 13-15 Division, Madison Pacheco, of Pensacola, went wire-to-wire to run away from the field with an impressive 10 shot victory. Pacheco carded a first round of three-over par 75 to take a four stroke lead into the final round. Pacheco played steady in the final round cruising to her first career victory.  Teresa Conroy, of Tallahassee, finished in second place as Miranda Holt, of Pensacola, finished in third place.

Play where the pros play and see why Perdido Bay was nominated for "Best New Public Course" by Golf Digest. Perdido Bay Golf Club was the former site of the Pensacola Open for 10 years, and continues to hold its integrity as a premier championship golf course.

To receive the GHIN handicap price, the player, or one of the players' parents must have an active GHIN handicap at a club in Florida. The seven digit GHIN number must be submitted with the entry. 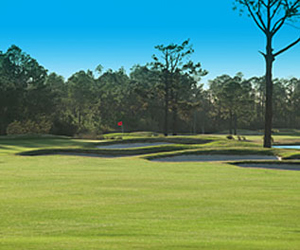 This event is ranked by Junior Golf Scoreboard.

Spectators will be authorized to rent carts, but must follow the Spectator policies. Spectator carts will cost $20 a day, plus tax. Spectator carts may be limited, and are available on a first-come, first-served basis.

Registration will be available prior to the first round. ALL players are expected to register. General tournament information will be distributed at registration.