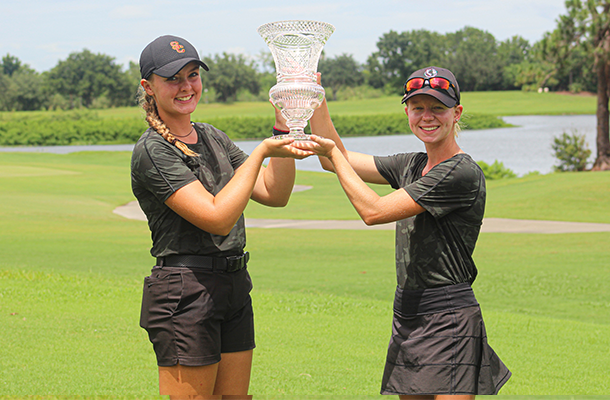 HOWEY-IN-THE-HILLS, Fla. – It took an extra hole, but Bailey Shoemaker and Madison Hewlett were crowned the Women’s Four-Ball champions Sunday at Mission Inn Resort & Club. Shoemaker and Hewlett survived a one-hole playoff to capture the win.

This is the first FSGA championship victory for both Shoemaker and Hewlett.

In Saturday’s first round, Shoemaker and Hewlett fired a 9-under 63 to sit in second place, one shot behind the leaders.

The pair got off to a strong start in Sunday’s final round, birding two of their first three holes. Hewlett added a birdie on the ninth to make the turn at 3-under. Their only hiccup of the day came with a bogey on the 10th, but the two quickly rebounded with two birdies over the next three holes.

With back-to-back birdies, Hewlett brought the team to 14-under for the championship and into a tie for first place. Shoemaker and Hewlett fired a final-round 66 to finish the day at 14-under 130 and in a tie for first with Kaitlyn Schroeder and Lauren Clark.

Shoemaker birdied the first playoff hole to give her and Hewlett the victory.

Shroeder and Clark took home a runner-up finish, ending the weekend with 63-67—130. Emily Staples and Amelia Williams finished third at 12-under 132.

Pam Russell and Kim Childress captured first place in the middle division, posting a 5-under 139 for the championship, the only even-par or better round in the division. Elizabeth Breza and Tina McConnell won the middle first division at 11-over 155.

Lynda Dao-Vo and Patty Dailey Binkley came out on top in the forward division at 19-over 163. 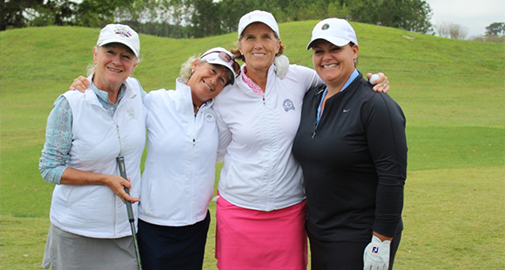 Entry fee includes all competitive rounds of golf, tee gift, and gift certificate prizes. Late entries will be accepted subject to a $10 late fee should the team gain acceptance into the field. 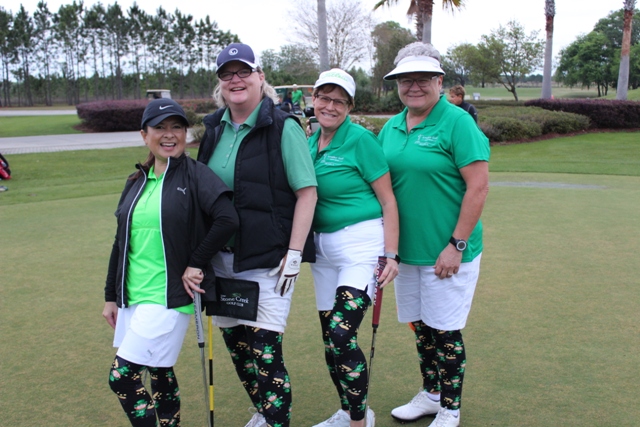 The Middle & Forward Divisions will be pre-flighted based on combined team handicaps.

Practice rounds are available one week prior to the Championship on a space available basis and after 12:00 PM the weekend before. The price for a practice round is $30.00 + tax and includes cart and range balls prior to the round. Please call 352-324-3885 to arrange your practice round.The proper place to practice your golf swing is on the driving range, hitting multiple shots on the course is unacceptable. 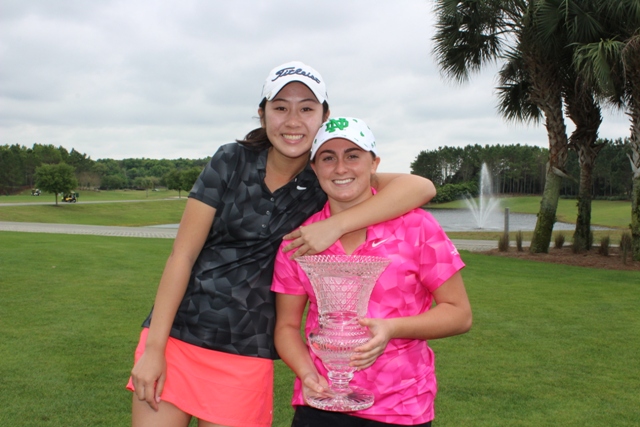 Chloe Schiavone and Ariel Yu went wire-to-wire to capture their second-straight Women’s Four-Ball title on Sunday. The pair fired a 16-under 128 for the championship to secure the win with a 2-shot lead over the rest of the field. Schiavone and Yu became just the third team in FSGA history to win back-to-back Women's Four-Ball titles and the first since Wendi Golden and Erika Schneider in 2011 and 2012. The two junior golfers also broke the 36-hole Four-Ball record of 131, which they set at last year’s championship. Heading into Sunday’s final round, Schiavone and Yu held a four-stroke lead over the field. They carded a bogey-free final round and finished the day with six birdies. Schiavone and Yu carded a 6-under 66 on Sunday. Click here for the previous year's results.