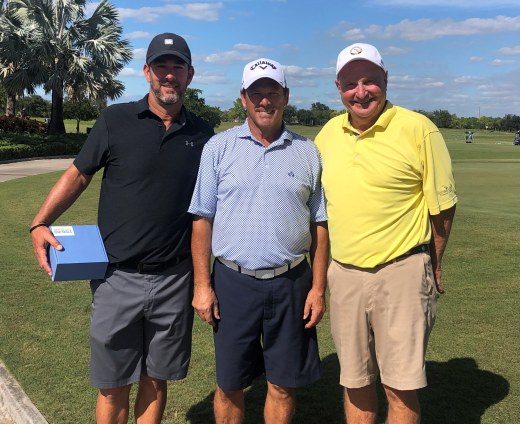 ALVA, Fla. – The first winter series event of the 2019-2020 season kicked off at River Hall Country Club where Paul Tesori, Jacques Legere, and Bobby Lundquist were named champions of their respective division.

Paul Tesori took the early lead by five strokes after a lights out round one score of six under-par 66. Starting the round with a birdie on the first hole, Tesori, of Ponte Vedra, finished round one with five additional birdies. Sean Preston and Chad Rodgers tied for second place in the red, at one under-par, heading into the final round.

Tesori, who is a past Winter Series winner, never lost sight of the lead during round two. The front nine consisted of all pars for Tesori, and with three birdies on the back nine he finished with a final round 69. An impressive nine under-par 135 total crowned Tesori victorious. Sean Preston, of Bradenton, finished alone in second place after a two under-par second round and three under-par 141 total.

In the first flight, Chester VandenBerg, of Ruskin, played four strokes better in round two to achieve a first place win. VandenBerg carded rounds of 78-74—152 to finish in first place by two strokes over Greg Greenbaum who claimed second place with two rounds of 77.

Jacques Legere, of Fort Myers, captured his first winter series by two strokes in wire-to-wire fashion. Six birdies, three back to back on holes 15-17, gave Legere the round one lead by one stroke with a three under-par 69. Continuing his strong play in round two, Legere carded four birdies to post a 71 for a four under-par 140 total. Jerry Rose, of Sarasota, scored 11 birdies over two rounds to finish in second place with two rounds of 71. Thomas Bean, of Hollis, ME, finished third in his first winter series event with rounds of 71-74—145.

Michael Paolin, of Sebastian, took home first place in the first flight after rounds of 78-76—154. One stroke back in second place finished Harry Black, of Jacksonville, with rounds of 78-77.

The 2019 Super-Senior Four-Ball Champion, Bobby Lundquist, erased a two stroke deficit to capture first place. Lundquist, of Sanford, finished round one at two under-par to start day two in second place behind Tom Grady. Grady, of Lakewood Ranch, fired a round one 68 with an eagle on the par 5, sixth hole.

Despite three birdies in the final round, Grady dropped to second place after finishing with a 73 and 141 total. Lundquist birdied three out of the four par 5’s for a round two 69 and five under-par 139 win. This marks the third winter series victory in 2019 for Lundquist! Doug LaCrosse, of Tampa, came back in round two with a 71 to finish tied for third with Tom Turner and Cary Watson at 146.

James Neale, of University Park, posted rounds of 79-76 to finish first in the first flight at 155 total. A round two 75, six strokes better than round one, gave Thomas Austin, of Lake Wales, a second place finish at 156. 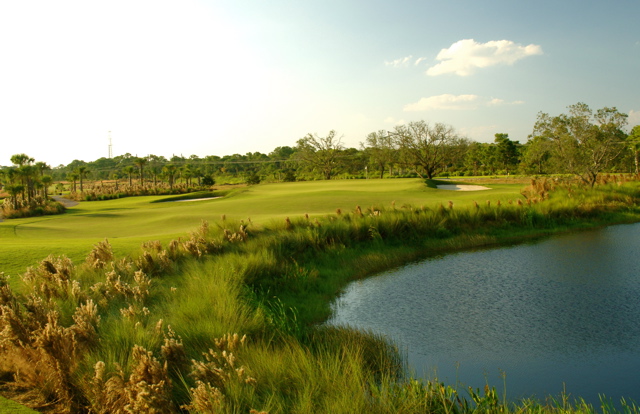 Practice rounds are available one week prior to the event on a space available basis and are restricted to after 12:00 PM on weekends.  To arrange your practice round please call the club at 239-313-4653. The cost of a practice round is $40 plus tax.