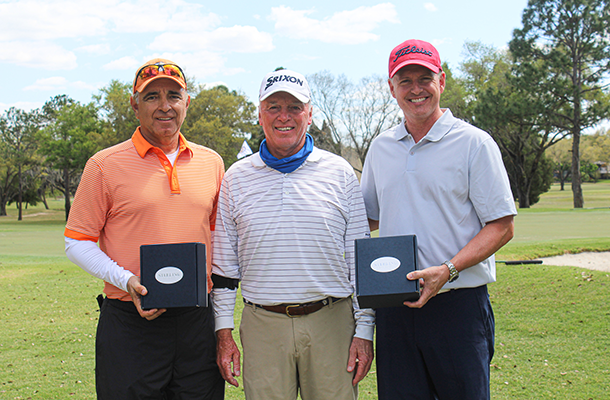 McConnell used a 3-under 141 to earn the win in the Mid-Amateur Division. The Tampa native opened the tournament with a 1-under 71, finishing the day with four birdies, to take a one-shot lead over the field.

McConnell got off to a quick start with a birdie on the second. He carded back-to-back birdies on the seventh and the eighth to make the turn at 1 under for the day. McConnell added two more birdies on the back side to post a final-round 70 and secure the nine-shot victory.

Troy Vannucci and Ben Fisher both took a share of second place at 6-over 150, while Jim Loftin and Oliver Fisher finished tied for fourth at 8-over 152.

Jones captured a wire-to-wire win in the Senior Division, posting an even-under 144 for the week. The Brandon native fired a 72 in Monday’s first round to take a share of the first-round lead.

Starting on the sixth hole, Shaktman began the day with a birdie on the seventh. His only hiccup of the day came with a bogey on the fourth. He posted a final-round 72 to secure the one-shot victory.

John Gabler fired a 2-under 70 in the final round to take home a second-place finish at 1-over 145. Paul Royak finished third at 2-over 146, while Rokki Rogan finished fourth at 3-over 147. Gabler and Rogan’s final-round 70 was the low round of tournament in the Senior Division.

LaCrosse picked up his second win of the Winter Series season in commanding fashion, securing the eight-shot victory with a 2-under 142. He fired a 3-under 69 in Monday’s first round to take a seven-shot lead over the field.

The Tampa native carded three birdies in the final round to post a final-round 73 and take home the win.

Three players finished the week in a tie for second at 6-over 150: John Hall, Carey Watson and Kevin Macy.

Buckhorn Springs has 72 golf carts and does not have dividers. We will play in a mix of threesomes and foursomes. Players will be given opportunity for single cart preference or to walk.

There are three age divisions; Mid-Amateur (25-54), Senior (55-64) and Super-Senior (65 & above). Each player must compete in the age division commensurate with their age as of March 10, 2021. Competitors may not elect to play in a different age division or from a different tee than designated.

Practice rounds are available one week prior to the event on a space available basis and are restricted to after 12:00 PM on weekends.  To arrange your practice round please call the club at (813) 689-7766. The cost of a practice round is $40 plus tax.

Individual events - 84-96 players in a mix of threesomes & foursomes