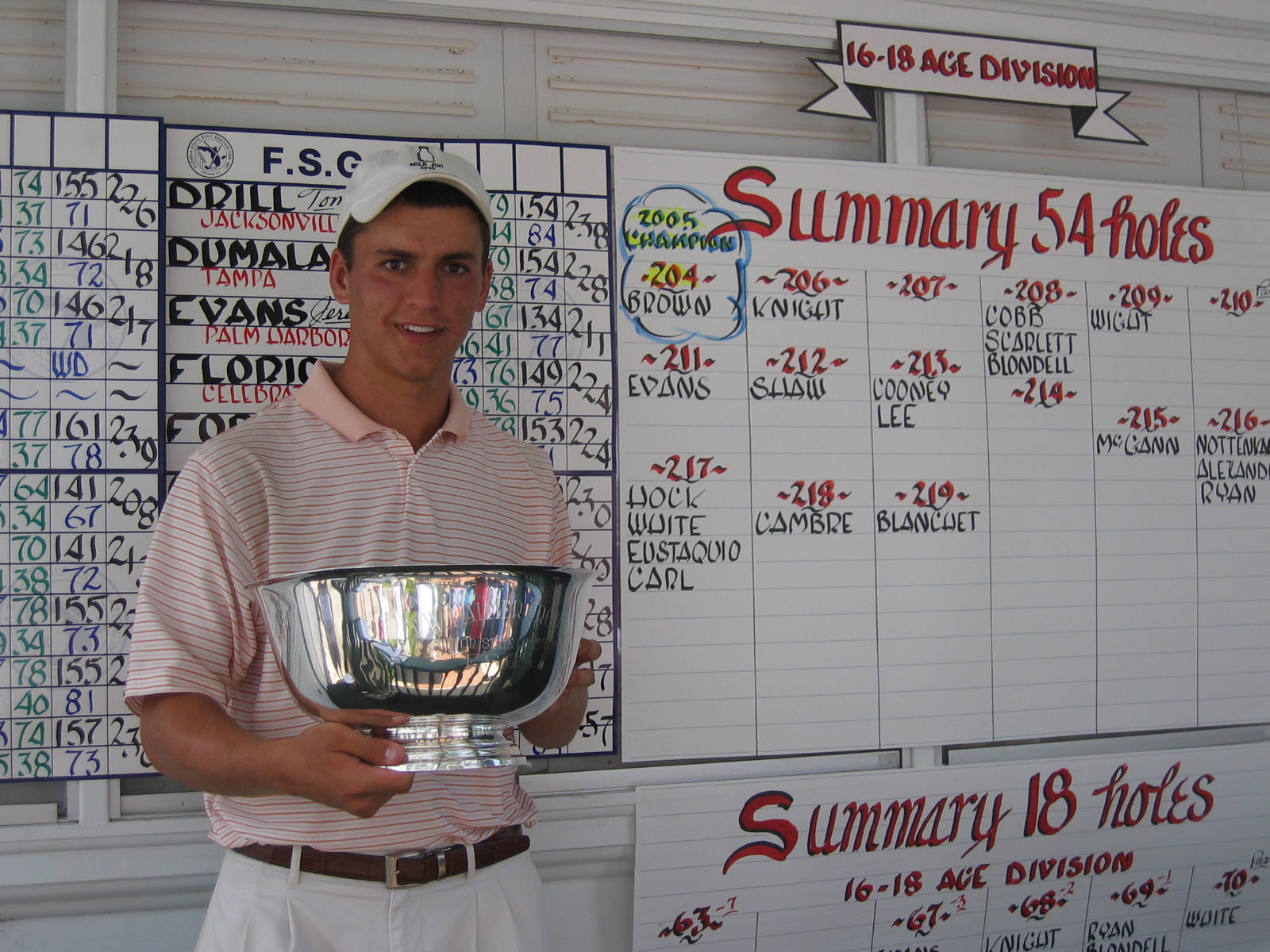 Chappell Brown fired a of 6-under par 204 to win the Boys 16-18 age division of the 51st Florida State Junior Championship at Palma Ceia Golf & Country Club in Tampa. Wesley Graham won the 13-15 age division by nine shots with a 10-under par 200 for the three rounds of competition to defend his 2004 Championship.

Going into the final round, Brown, 18, of West Palm Beach, and Jeremy Evans, 18, from Palm Harbor, shared the lead at 6-under par. Cameron Knight, 17, of Dade City, trailed by three shots. Heading into the final hole of the Championship, Knight and Brown were both tied for the lead. Brown hit the par 5, 18th hole in two and Knight was just short in two shots. Knight chipped up to 8 feet leaving him a birdie putt. Brown just missed his 15 foot putt for eagle and tapped in for birdie. Knight missed his birdie putt which gave Brown the win for the Championship. Logan Blondell, of Lakeland, Kyle Cobb, of Tallahassee, and Matt Scarlett, Boynton Beach, all tied for third for a three day total of 208. 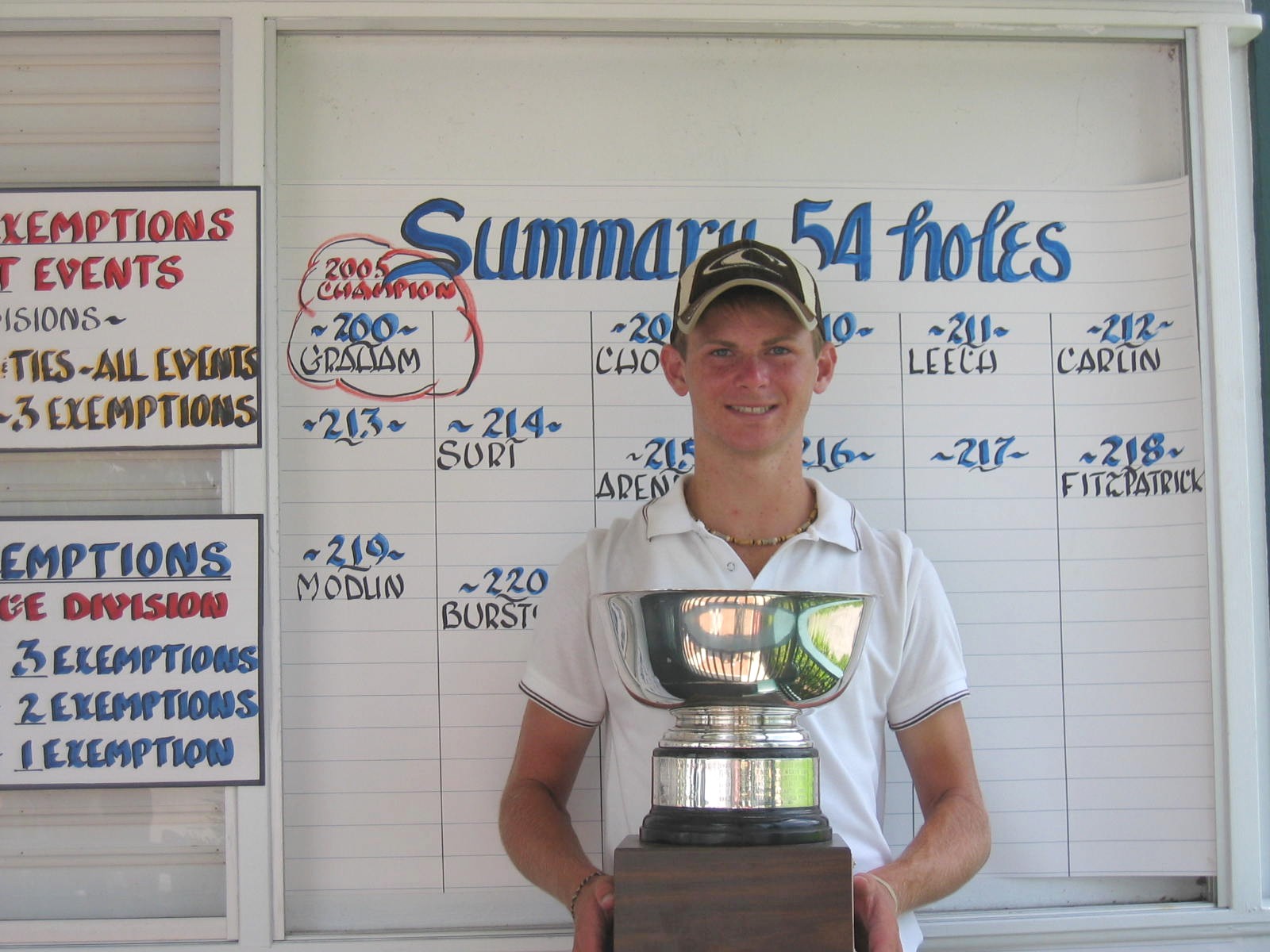 Wesley Graham, of Port Orange, won the Boys 13-15 age division by posting a 10-under par 200 to win his age division by nine shots. Graham posted rounds of 70-65-65 to defend his title. Phillip Choi, 14, of Orlando, recorded a 1-under par 209 to finish in second place.  Kenny Leach, of Deerfield Beach, finished in third place at one over par for the Championship.

Competitors first must have qualified at one of the six sites across the state in 18 holes of stroke play. The Championship field features 90 of the top male amateur golfers in the state playing 54 holes of stroke play in the three-day Championship. The field is divided into two age divisions; 13-15 junior division and 16-18 regular division and the juniors must not have a handicap index higher than 17.4. 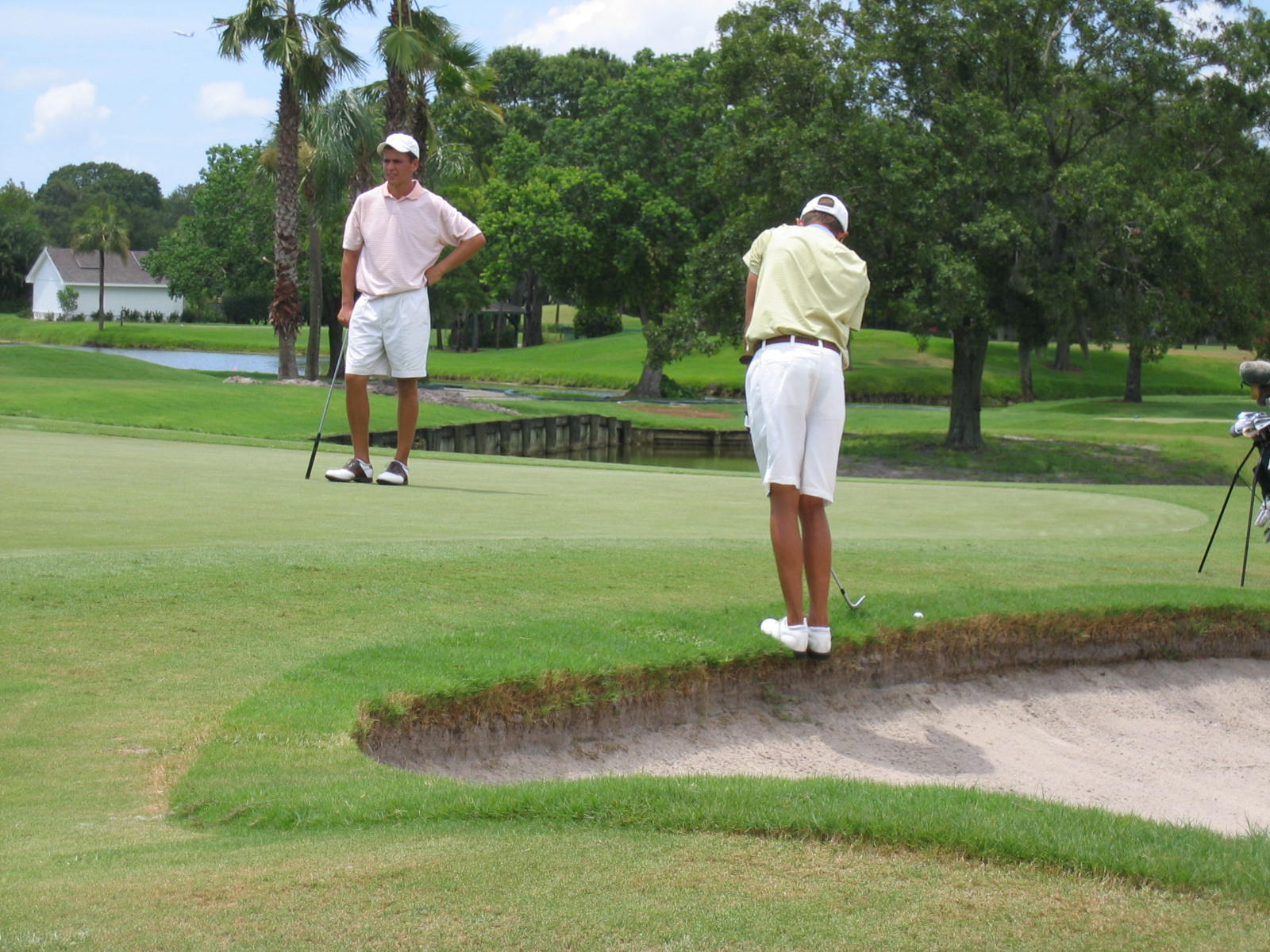 The Champion of the regular division receives three exemptions into AJGA events. The top five from the regular division receive two exemptions each into AJGA events and the top ten finishers will receive one exemption toward an AJGA open tournament. Additionally, the top 14 finishes in the 16-18 division will be invited to compete in the Florida State Junior Match Play Invitational. The top eight finishes in the 13-15 division will also be invited to compete in the Junior Match Play Invitational.

Qualifier at The Claw at USF - Qualifier Results 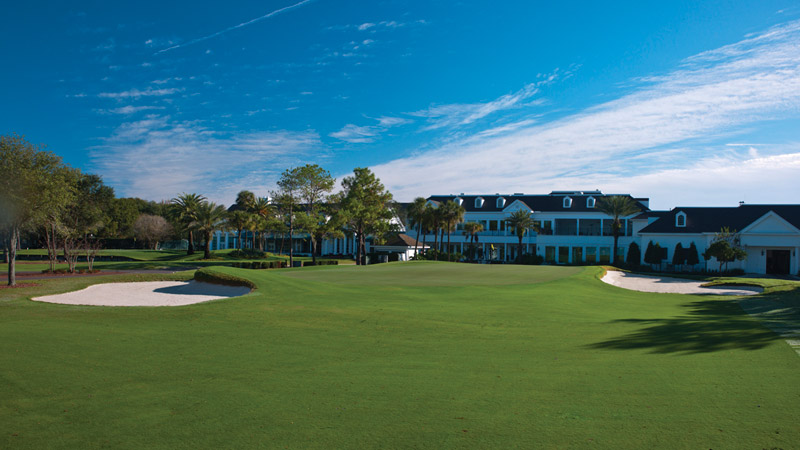 Founded in 1916, Palma Ceia is Tampa's premier golf and country club, offering the best of what the sport has to offer combined with the rich tradition that is Tampa's oldest private golf club.

Individuals who successfully advance to the Championship through qualifying must preregister and remit $120 either online at www.fsga.org or by check to the FSGA office for payment of Championship fees by Monday, July 3 by 3:30 pm or the individual will be withdrawn from the Championship. Exempt players will only be charged the $120 Championship fee upon entry. All players must walk and carry their own clubs. (Pull carts permitted if course policy allows.) Use of a caddie is not authorized. Spectators will be authorized to rent carts, but must follow the published policy (available on site).

Judson Eustaquio, of Lake Worth, shot a 68-71--139 to win the regular division while Wesley Graham, of Port Orange, captured the junior title with scores of 68-74--142 at The Golden Bear Club at Keene's Pointe.