Robert Bechtol and Tyler Shook took the course after both battling through challenging 20 hole semifinal matches. After a pair of bogeys on 1 & 2 by Shook, Bechtol would find himself with a quick 2-up lead, and would never give it up en route to the championship. The exciting match saw Bechtol never in a position worse than 1 up, and only 4 halved holes (3, 4, 10 & 11). Down the stretch, Bechtol stepped onto the 14th tee with a 3 up lead. A pair of bogeys would have that lead trimmed to just 1 up after Shook converted pars on both 14 & 15. Shook would then three-putt from the front of 16 green, moving Bechtol to dormie 2 up. On the par-5, 17th, both players went for the green in two. Bechtol came up short, and failed to get up and down for birdie, while Shook would hit his second to 12 feet and just need a two putt birdie continue the match. On the 18th, Shook's tee shot ran just through fairway and found the fairway bunker, while Bechtol split the fairway and then stuck the approach to 4 feet. After Shook's second out of the fairway bunker flew the green into the sand dune and the players briefly searched, Shook conceded the hole, giving Bechtol a 2 up victory and the Championship.

18 holes was not enough to settle either seminfinal. The first match of the day saw Tyler Shook take the lead early in the match, and the two would go back and forth. On the 18th tee, Shook would maintain a 1 up lead, however the defending Champion Brooke would force extras after birding the 18th for his 3rd consecutive match. Brooke eventually faltered on the 2nd hole (20th) making bogey after failing to get up and down, giving Shook a birth in the final.

The second match saw Joe Alfieri open up a 3 up lead through 11 holes on Robert Bechtol after birdies on 10 & 11. A lost ball on 12, and a water ball on 13 however would leave Bechtol just 1 down. On the 17th, still 1 down, and with Alfieri inside 4 feet for birdie, Bechtol would convert a 20 foot downhill eagle putt to bring the match to all square. Both players threw darts on the par-4, 18th, with Alfieri converting from 10 feet first, followed by Bechtol cleaning up from 4 feet for a pair of birdies to send the match to extras. After Joe Alfieri drove it into the hazard on 2 (#20) and his bogey chip missed, Bechtol's par putt from 4 feet was conceded, earning him a birth in the afternoon final.

Defending champion, Chip Brooke drops a birdie on the 18th hole to defeat Matthew Marino 1up and advance to the Semifinals. 1999 champion, Joe Alfieri, took down the favorite Marc Dull who was runner-up at the U.S. Mid-Amateur on the same course in 2015. Tyler Shook and Robert Bechtol both advanced to the semifinals which is the deepest both of them had gone in the State Mid-Amateur.

Saturday mornings round of 16 saw some exciting matches. The lead match of the day saw Daniel Owen and Matthew Marino battle back and forth. On the 19th hole both players missed the green. When Owen failed to get up and down, Marino drained a 3 foot putt to advance in 19 holes. Defending Champion Chip Brooke needed all 18 holes to advance, birding the 18th to win 1 up over Jesse Daley.

The round of 32 was headlined by the top two seeds falling to players who survived at 7 for 3 play-off to advance to match play. Matthew Marino upset medalist, Rick Woulfe 5 & 3; while 31 seed Miles McConnell defeated William Mallon 7 & 5. Other notable matches included the 2016 Player of the Year Joe Alfieri & 2016 Senior Player of the Year Peter Wegmann facing off. In a back and forth battle, Alfieri birdied the 20th hole to advance. The 3 seed, Marc Dull, who advanced to the finals of the 2015 US Mid-Amateur here at John's Island West advanced in 19 holes over Justin Goodhue. Defending Champion Chip Brooke was victorious 2 & 1 over Kyle McCarthy.

Full Round of 32 Results

The seedings for the Round of 32 have been determined at the 36th Mid-Amateur Championship held at John’s Island Club – West Course in Vero Beach. After 36 holes of stroke play qualifying, 32 players have 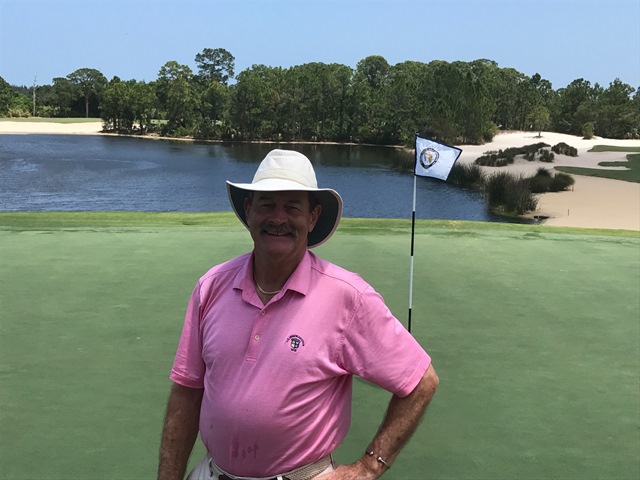 Round one concluded with a tight race at the top of the stroke-play leader board. William Mallon, of Vero Beach, held the first-round lead after carding six birdies en route to a four under-par 68. Mallon is no stranger to the West Course in the Mid-Amateur Championship, having made it to the round of 32 back in 2007. In second place, one-stroke off the lead, sit notables Joe Alfieri and Rick Woulfe. Alfieri, the 2016 Player of the Year and 2013 Mid-Amateur Champion, made the turn at level par but would rally coming home in 33 to shoot 69 (-3). Wolfe, who won the Mid-Amateur the last time it was contested at John’s Island West in 2012, shot a scintillating back-nine 31 which included three birdies and one eagle.  Matt Broome, of Jupiter, sat alone in third after opening with 70 (-2) while 5 other players would go on to card opening rounds of 71 (-1).  Day one finished with 35 players at 76 or better vying to finish in the top 32 and advance to match play.

The second round began with an early shotgun start to finalize the top 32 players proceeding to match play in the afternoon. After a second round that came right down to the wire, Rick Woulfe carded a five under-par 67 to earn medalist honors and the number one seed. Overnight leader William Mallon was able to hold off Woulfe for much of the second round but could not keep pace with Woulfe’s stellar play finishing four back of the eventual medalist. Woulfe’s round of 67 was the best of the day and capped off an impressive two-day total of eight-under par 136. The round would also mark the first time Woulfe has shot his age in competition! Marc Dull, who finished runner-up in the 2015 USGA Mid-Amateur Championship also contested at John’s Island West, took solo third after rounds of 71-70 and a two-day total of 141 (-3). Tyler Shook, Matt Broome, and Joe Alfieri were the only other players to finish under par for the stoke play seeding rounds.

The 84-man field was trimmed to 32 after two rounds of stroke play, but seven players tied for 30th at ten over, calling for a seven-man playoff for three spots before match play kicked off Friday afternoon. Matthew Marino, Miles McConnell, and Justin Goodhue would survive the playoff cashing in their tickets for the round of 32.

The Mid-Amateur Champion will earn 5,000 points in the race to Player of the Year. Click here for the latest rankings and here to view the point system for the Mid-Amateur.

The 36th playing of the Mid-Amateur Championship is heading to John's Island West in Vero Beach. An estimated 350 mid-amateurs (25 years of age and older) will attempt to qualify for this premier championship which is ranked by the World Amateur Golf Rankings. Click here to see the results from 2016. 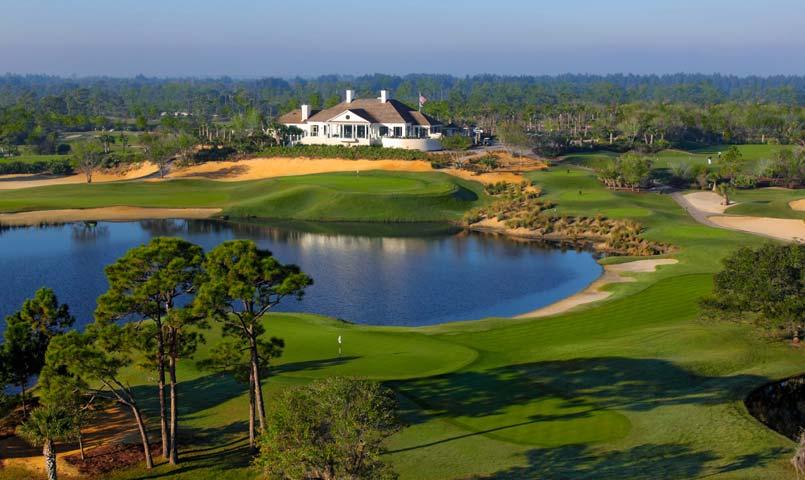 Those individuals who advance to the Championship through qualifying must pre-register and remit an additional $125 online at www.FSGA.org under the "My Account" section, which can be located in the top right hand corner of the web-page.  Payment must be received by Thursday, May 11th by 3:30 pm, or the individual will be withdrawn from the Championship. 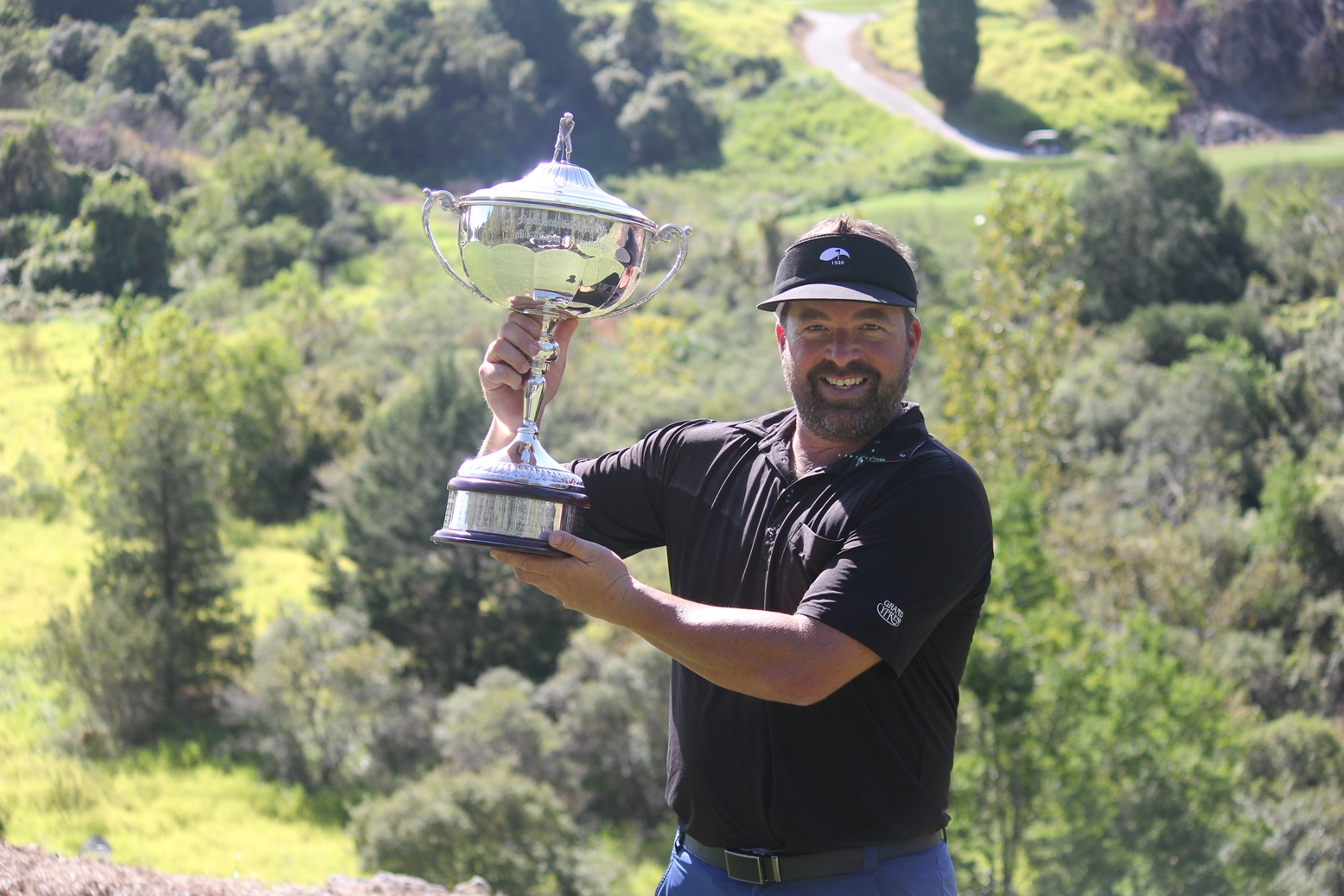 Qualifying rounds are 18 holes of gross individual stroke play at seven qualifying sites.  During qualifying, each player must use a golf cart.  Caddies are acceptable, but he/she may not ride in a golf cart or carry the player's clubs. Caddies must not be a parent of the player.  Players are responsible for cart fees for all practice rounds.

Chip Brooke, of Bartow, defeated Chris Fabozzi, of Tallahassee, in the final match 8&7 at Black Diamond Ranch Quarry Course in Lecanto. Brooke defeated the #1 seed and the defending champion, TJ Shuart, in route to winning the championship. 2016 Results

Practice rounds are available one week prior to the Championship and after 12:00 PM the weekend prior on a space available basis.  The cost of your first practice round is $35 plus tax.  Starting times for your practice round can be arranged by calling the club six days before the day you would like to play. Please call 772-231-8616 to arrange your practice round. Accepted forms of payment in the Golf Shop is cash, Visa, and MasterCard.

The cost of an additional practice round is $55 and the cost of a guest or caddie playing along is the club's guest rate of $110. 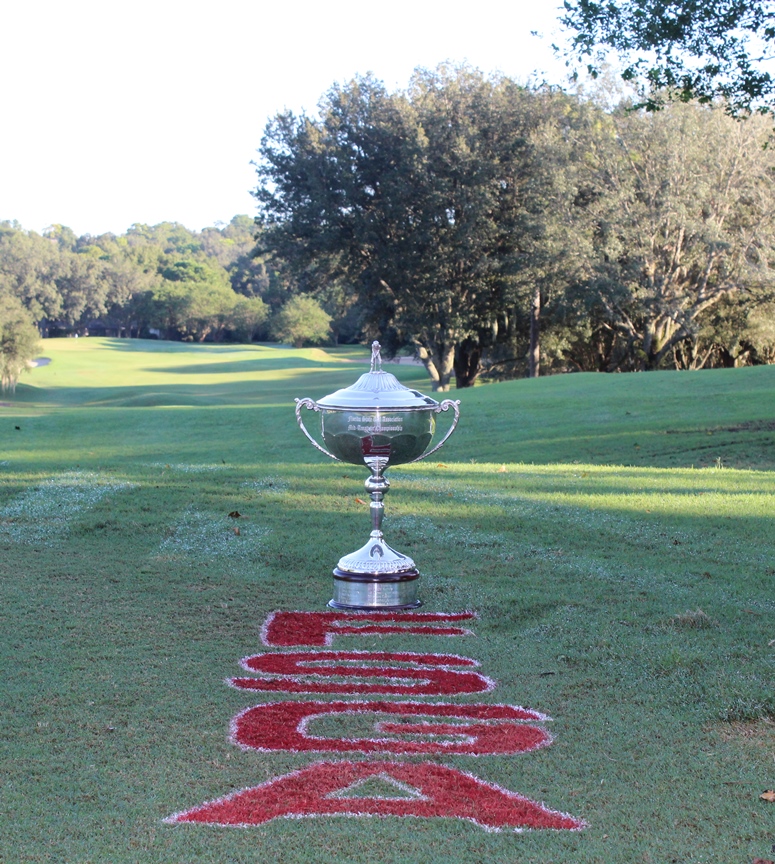 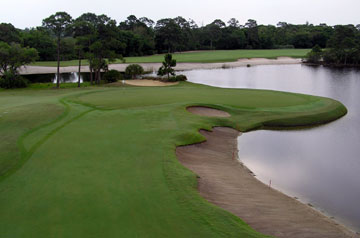 For reservations please call 772-978-9292, and identify yourself as an FSGA Competitor or book online here, using corporate code "3F1"