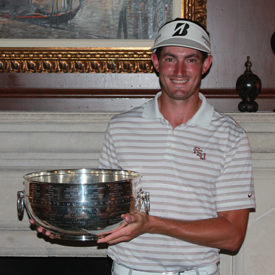 Chase Seiffert wins the 95th Florida State Amateur Championship firing a tournament total of 1-under par 287 at The Bear’s Club and The Loxahatchee Club in Jupiter, on June 21-24.

Chase Seiffert, of Panama City, prevailed over the field of 168 players to capture the 95th Florida State Amateur Championship.  In the first round, Seiffert grabbed a share of the lead after his impressive four-under par 68 at The Loxahatchee Club, and followed up with a second round one-over par 73 at The Bear’s Club to sit a three-under par for the championship and just one shot off the lead. Seiffert regained a share of the lead with Joe Alfieri, of Lutz, after his third round of one-over par 73 for a 54-hole total of two-under par 214. Full Story

The Bear's Club is the realization of Jack's decades-old vision of creating a golf club in his own South Florida backyard that reflects his passion for the game. The course is covered with old pines and palmettos. There is a 12-foot-high sand ridge running across the site. Jack enhanced it and added a couple of others that look equally natural. He integrated the design into the environment by retaining native brush wherever possible, separated from playing areas by transition areas of sand and pine straw. It has hi

gh-banked bunkers with a special sand brought in from Ohio; it won't wash out in a rain shower.

The Loxahatchee Club was created out of the love of the game of golf and follows in the tradition of the finest clubs in the country. Jack Nicklaus designed the course as a "members' course," with flavorings of the olde Scottish game mingled with the finest characteristics of modern American golf. The course was selected as the best new course by Golf Digest which also rated Loxahatchee in 1989 as one of the top 100 courses in North America. 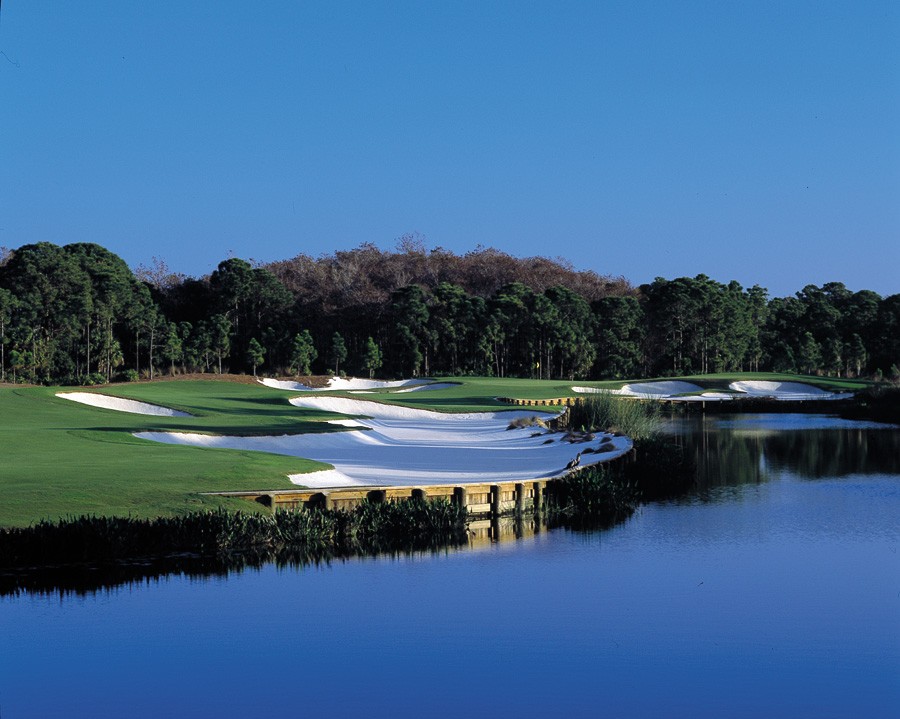 Open to amateur golfers who must be (1) a resident of Florida (reside in Florida at least 4 months per year, have otherwise established legal residency or graduated from a Florida high school and presently attending an out-of-state college); or (2) a military personnel or a dependent of a military personnel based in Florida on active duty.

Must have a handicap no higher than 11.4.

$115 ($125 - players who do not have an active FSGA/GHIN Handicap). Qualifying Fee includes Entry Fee and cart fee.

$210 ($220 - players who do not have an active FSGA/GHIN Handicap). Exempt Fee includes Championship Fee and Entry Fee for those individuals eligible for exemption. (See below)

Seventy-two holes of individual stroke play. All players play eighteen holes each at The Bear's Club and The Loxahatchee Club on Thursday, June 21st and Friday, June 22nd. The field will be cut to the low seventy and ties after thirty-six holes. The final thirty-six holes will be played at The Bear's Club. The lowest score for 72 holes will be the Champion. If necessary, there will be a three hole aggregate score play-off for the championship. If the play-off results in a tie, play will immediately continue, hole by hole. It is the player's responsibility to be present for any playoff.

18 holes stroke play at 14 local qualifying sites.  During qualifying, each player must use a golf cart. Caddies are acceptable, but he/she may not ride in a golf cart or carry the player's clubs. Players are responsible for cart fees for all practice rounds.

All players must take a cart.  The cost of the practice round, including range balls and cart, is $40 plus tax at both clubs. Players are allowed one practice round per course. Only exempt and qualifying participants may play practice rounds. Alternates are not extended practice privileges.

Starting times for your practice round can be arranged by calling host facilities.


You may not make your practice round tee time before qualifying is completed. Weather permitting, qualifying concludes on Wednesday, June 6th. A list of players will be faxed to the club following the conclusion of qualifying.

Players will be allowed to use the practice facilities after their practice round on Tuesday & Wednesday and after each competitive round.

Please click on the hotel icon for hotels in the Jupiter area.

There will a registration table set up at The Bear's Club to pick up your tee gift and player information the day before the Championship from 10:00 AM - 3:00 PM. This is NOT a mandatory registration. Tee gifts and player information will be available for pick up before the competitive rounds for players not playing a practice round on Wednesday. If we have received your payment for your Championship Fee by Friday, June 15th you have pre-registered for the Championship.

Remember that you are guests of The Bear's Club and The Loxahatchee Club . Entries are subject to rejection or withdrawal at any time (including during the event). The reason for withdrawal may include improper attire and/or unbecoming conduct.

The Bear's Club and The Loxahatchee Club accepts cash, Visa/MasterCard for payment.